Xi Jinping has been consecrated as China’s most powerful leader since Mao Zedong after a new body of political thought carrying his name was added to the Communist party’s constitution.  The symbolic move came on the final day of a week-long political summit in Beijing – the 19th party congress – at which Xi has pledged to lead the world’s second largest economy into a “new era” of international power and influence. 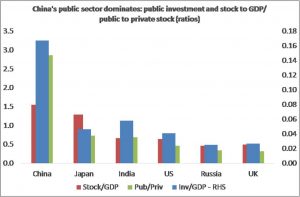 At a closing ceremony in the Mao-era Great Hall of the People it was announced that Xi’s Thought on Socialism with Chinese Characteristics for a New Era had been written into the party charter. “The congress unanimously agrees that Xi Jinping Thought … shall constitute [one of] the guides to action of the party in the party constitution,” a party resolution stated.

At the same time, the new Politburo standing committee of seven was announced.  These supreme leaders are all over 62 and so will not be eligible to become party secretary in five years.  That almost certainly means that Xi will have an unprecedented third term as party leader through to 2029 and thus remain head of the Chinese state machine for a generation.

What this tells me is that, under Xi, China will never move towards the dismantling of the party and the state machine in order to develop a ‘bourgeois democracy’ based on a fully market economy and capitalist business.  China will remain an economy that is fundamentally state-controlled and directed, with the ‘commanding heights’ of the economy under public ownership and controlled by the party elite… 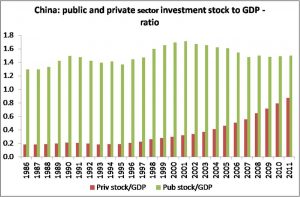 This brings us to the question of whether China is a capitalist state or not?   I think the majority of Marxist political economists agree with mainstream economics in assuming or accepting that China is.  However, I am not one of them. China is not capitalist. Commodity production for profit, based on spontaneous market relations, governs capitalism. The rate of profit determines its investment cycles and generates periodic economic crises.  This does not apply in China.  In China, public ownership of the means of production and state planning remain dominant and the Communist party’s power base is rooted in public ownership.  So China’s economic rise has been achieved without the capitalist mode of production being dominant.

China’s “socialism with Chinese characteristics” is a weird beast.  Of course, it is not ‘socialism’ by any Marxist definition or by any benchmark of democratic workers control.  And there has been a significant expansion of privately-owned companies, both foreign and domestic over the last 30 years, with the establishment of a stock market and other financial institutions.  But the vast majority of employment and investment is undertaken by publicly-owned companies or by institutions that are under the direction and control of the Communist party. The biggest part of China’s world-beating industry is not foreign-owned multinationals, but Chinese state-owned enterprises…

Read the full article, with extensive charts and graphs, at the original weblink above. Michael Roberts is a Marxist economist who lives and writes in Britain.