World Happiness Report for 2017 ranks Ukraine in group at bottom 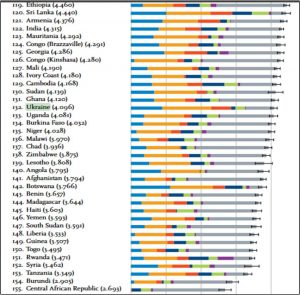 Many of the countries in the bottom 30 share one thing in common: they are victims of U.S. and European military aggression now or in the recent past. Here are the bottom, non-African countries by listing:

The report provides reasons for unhappiness in the countries listed. The main reason provided by Ukrainians is the absence of social support.

The first World Happiness Report was produced in 2012.