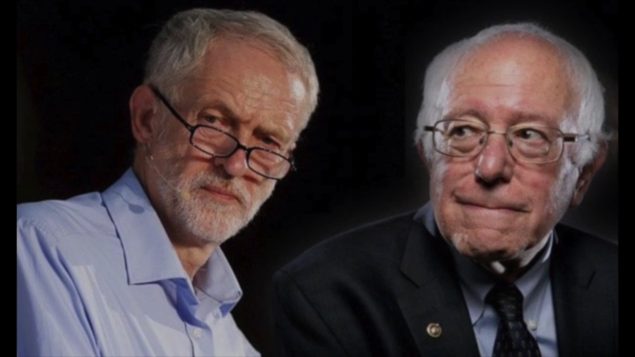 WitchHunt 2020 is a short sequel to Jon Pullman’s 2019 documentary WitchHunt. It takes stock of the political forces, described in the original film, which destroyed Jeremy Corbyn’s leadership of the UK Labour Party along with the hopes of so many who identified with his passion for social justice. It highlights the similar campaign waged against the left-wing Jewish American presidential candidate Bernie Sanders who, like Corbyn, stood firm for the rights of the Palestinian people. Finally, it invokes the broader international struggle against racist and chauvinist forces seeking to delegitimise the Black Lives Matter movement.

Ever since Jeremy Corbyn took the British Labour Party by storm in September of 2015, moving it in a more progressive direction, the old guard used the most various tactics to try to delegitimize Corbyn in order to retake power. One tool the Labour Party right-wing used is to undermine Corbyn and his supporters is a constant barrage of anti-Semitism accusations.

Corbyn and the Left movement within the Labour party openly demanded an end to Israel’s occupation in Palestine. Right-wingers within the Labour Party exploited the fact that not everyone understands the difference between the state of Israel and the Jewish people and therefore frame every criticism of Israeli policy as anti-Semitism.

Since then, many Labour Party members and officials have been kicked out of the party over accusations of anti-Semitism, some of them justified and some not.

Just at the moment when Israel’s land annexation plans threaten the very existence of a Palestinian political entity, a new short film highlights the way antisemitism allegations are being deployed to undermine the global movement for justice for the people of Palestine.

WitchHunt 2020 is a sequel to Jon Pullman’s documentary WitchHunt which caused a storm when it was releasedin early 2019. At that time UK Labour Party leader Jeremy Corbyn was enduring the fourth year of one of the most savage and sustained media demonisations in modern political history, contributing to his eventual downfall in the wake of electoral defeat in December.

WitchHunt (60 mins, 2019) from WitchHuntTheFilm on Vimeo.

Weaving together strands from an eloquent film essay by anthropologist David Graeber, with moments from the earlier documentary and more recent footage, Pullman has created a savage indictment of right-wing pro-Israel forces that aligned to destroy Corbyn – and then turned their attention to progressive Jewish American presidential hopeful Bernie Sanders.

In under seven minutes, WitchHunt2020 describes the shattering of the hopes of those inspired by Corbyn’s passion for social justice and builds on connections made in the original film, linking the historical struggle against racial oppression with the dangers posed by re-emergent ethno-nationalism, of which Israel under Benjamin Netanyahu is just one example.

The film could not be more timely. It is a spur to resistance against dangerously divisive right-wing forces currently seeking to delegitimise the Black Lives Matter movement in the US, UK and elsewhere, and a reminder of the relentless attacks on the political left such as those experienced by UK politicians Rebecca Long-Bailey and Diane Abbott, actor Maxine Peake, many rank and file members of the Labour Party, and by pro-Palestinian campaigners worldwide.

Witchhunt2020 from WitchHuntTheFilm on Vimeo.

Most people now agree that the media campaign against Jeremy Corbyn in the two years leading up to the last election plumbed new lows of viciousness, misinformation and character assassination. In some respects that was to be expected: The Right reacted at first with incredulity at the prospect of somebody with a coherent progressive agenda becoming prime minister – and then used every dirty trick in the book to prevent it happening.

Corbyn had talked about renationalising railways, about supporting the NHS, about scrapping education fees, writing off student loans. He’d talked about phasing out Trident and other nuclear weapons and suggested a culture of negotiation over one of war. And, the sin of sins, he clearly didn’t believe in the religion of the markets.

All these were popular positions with the public, which made him especially dangerous to the right: how were they going to fight this? They certainly didn’t ever want to debate the issues with him – actually, they wanted to draw public attention as far away from those as possible.

So their best strategy was to destroy him by relentless character assassination. Many of us expected the dirty tricks, but what we didn’t expect – or at least I didn’t – was the monolithic unanimity of the opposition. It wasn’t only the usual suspects – The Mail, Telegraph and Murdoch Press – but at times The Guardian, The BBC, the Head of The Board of Deputies and a bevvy of ‘useful idiot’ columnists. The propaganda campaign was so successful that they managed to scare themselves nearly to death: like Chicken Little, their whole sky was about to fall in.

You don’t have a democracy if you do ‘NOT’ have an opposition party trying to win. 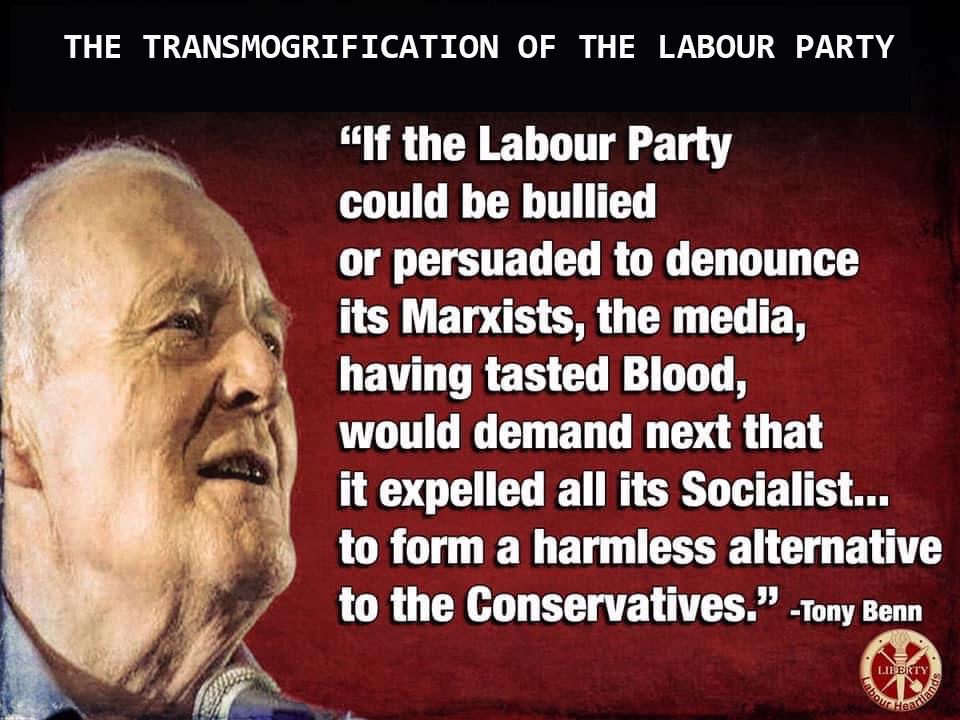 The deck was stacked against Corbyn from Day One, but at least we had the consolation that Labour was the biggest political party in Europe, with a lot of committed people who were prepared to get out on the streets for it. It’s only in the last few days we’ve learned that within the Senior Management Team of the Labour party itself there was a secret plot to prevent Corbyn becoming prime minister by ensuring that Labour lost the election. Half of ‘our’ team was actually batting for the other side! Let’s remind ourselves, first of all, that Corbyn was very popular with the actual membership of the party: people wanted a change, and Corbyn represented that. He also represented integrity, selflessness, consistency and commitment in a profession increasingly notable for their absence. But the backroom boys and girls in the Labour party had made up their minds that they knew better, and it’s clear now that from the very beginning they worked day and night to undermine him – and any MP who supported him such as Chris Williamson.

Reading the exchange of messages between the plotters is pretty sickening. When the polls showed Labour losing, they cheered. When they showed Labour gaining, they mourned. When the accusations of antisemitism hit the party, they raised their glasses to celebrate – not because they were appalled by antisemitism but because they knew it was a big stick to thrash Corbyn with. Using their media contacts, they fuelled the anti-Corbyn propaganda machine, planting stories and misinformation designed to paint him as black as possible – all this while their wages were being paid by the subscriptions of party members, the very people who’d elected him as Leader.

This should be the political story of the year – but most of the media were complicit in it, so it’s been quietly forgotten. It’s a story about the corruption of public life, something we British hate to admit to.

We will continue to ensure the UK grasps the full gravity of the Labour leaks. If the opposition has intentionally thrown two elections, that’s not just a matter for Labour but for our country.

You don’t have a democracy if you do NOT have an opposition party trying to win.”