Will US strike at Iran from land, not from sea? 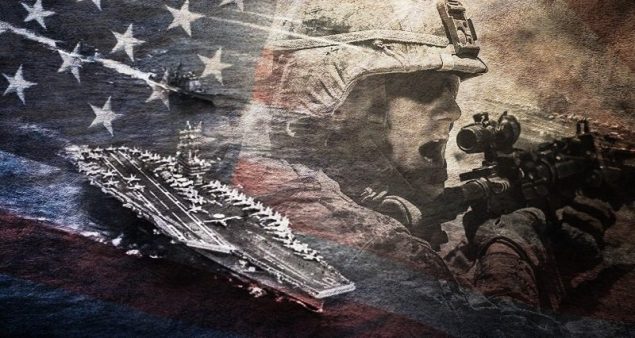 While the world’s media is currently focusing on the Persian Gulf, as this article suggests, there is always the possibility of a U.S. attack on Iran coming from the land.

While the world is adamantly watching the events in the Persian Gulf and trying to figure out when the sea battle between the U.S. and Iran starts off, Washington is drafting Plan B for an attack on the shore.

The situation in the Persian Gulf deteriorated sharply at the beginning of May after the U.S. had conducted a number of ‘defense maneuvers’ in the region with the maximum approach to Iran’s maritime borders. President Trump dispatched four B-52 bombers and the USS Abraham Lincoln aircraft carrier with an airstrike group deployed on it. The White House cites simplistic motives for sending the naval force there – it claims that Iran is pondering an attack on the U.S. forces. John Bolton, Trump’s national security advisor said the concentration of U.S. naval ships off the Iranian shores aimed to send a clear signal to Tehran that any attack on the U.S. interests would encounter a fierce use of force.

“The United States is deploying the USS Abraham Lincoln Carrier Strike Group and a bomber task force to the U.S. Central Command region to send a clear and unmistakable message to the Iranian regime that any attack on United States interests or on those of our allies will be met with unrelenting force,” Bolton said.

NEW: John Bolton says the US is deploying USS Abraham Lincoln Carrier Strike Group and a bomber task force to CENTCOM region to send a message to #Iran that any attack on US or allies is met with force. US is not seeking war with Iran but fully prepared to respond to any attack. pic.twitter.com/9eHnqTQJNH

Tensions in the region heightened still further after an incident that involved four tankers belonging to the Saudi oil company Aramco and the UAE. “Two Saudi oil tankers were subjected to a sabotage attack in the exclusive economic zone of the United Arab Emirates, off the coast of the Emirate of Fujairah, while on their way to cross into the Arabian Gulf,” Saudi Energy Minister Khalid al-Salih said. “One of the two vessels was on its way to be loaded with Saudi crude oil from the port of Ras Tanura, to be delivered to Saudi Aramco’s customers in the United State.”

The U.S. rushed to accuse Iran of standing behind the attacks. It did not offer any evidence to the claims.

Article goes on to explain all the reasons Iran is unlikely to be behind the attacks.

This is how the WSJ helps start a war.  https://t.co/mAXR7gNSui

U.S. Government claims Iran is behind attacks on oil tankers, but has yet to show evidence:https://t.co/N6e4ekZlFC

On a backdrop of this incident, Washington dispatched two more naval ships towards the Iranian maritime borders. The destroyers USS McFaul and USS Gonzales, each of them capable of carrying up to 90 Tomahawk cruise missiles and missiles of other classes, entered the Gulf water area in the evening of May 16 local time, the Pentagon said. The resultant U.S. naval task force assembled there consists of no less than seven ships.

It is not ruled out however that this naval scaremongering in the Gulf is little more than a deceptive maneuver for implementing the military Plan B to neutralize the ‘Iranian threat’, which will be staged on land, not out in the sea.

Iraq is a possible platform for military aggression against Iran

Simultaneously with events in the Gulf, the U.S. Department of State assigned Level 4 risk (the highest alert warning) to Iran and recommended the American citizens to refrain from trips there owing to the high risks of “kidnapping, arrest, and detention”, as well as an armed conflict. The DoS also said it had issued an instruction on May 15 to remove the U.S. governmental staff from the embassy in Baghdad and all the nonessential personnel from the consulate in Erbil.

Next came the Pentagon’s declaration of high combat alert for its troops in Iraq. “U.S. Central Command, in coordination with Operation Inherent Resolve (OIR), has increased the force posture level for all service members assigned to OIR in Iraq and Syria,” the Department of Defense spokesman Bill Urban said. “As a result, OIR is now at a high level of alert as we continue to closely monitor credible and possibly imminent threats to U.S. forces in Iraq.”

The Department of State and Department of Defense decisions apparently proceed from the political ambitions to build up the American impact on the struggle for Iraq, to ensure safety of the U.S. citizens and, on top of everything else, to prepare for a possible full-scale military operation against Iraq.

In the meantime, some U.S. senators called the Department of the State and the Pentagon’s move into question.

“I woke up to the news that the administration had announced it was ordering the evacuation of U.S. embassy staff from our embassy in Baghdad and consulate in Erbil,” said Robert Menendez, the leading Democrat at the Senate foreign policy committee. “There are only two reasons for ordering their departure: we have credible intelligence that our people are at risk, or in preparation for military action in Iran.”

Sen. Bob Menendez says on @CNNSitRoom it is “alarming to me” as the top Democrat on Senate Foreign Relations “that I read about a drawdown of our embassies” in Iraq without getting briefed, says he fears another WMD moment of faulty intel as admin weighs action against Iran

Menendez also indicated that the Trump administration had not advised the Senate on either the intelligence data, on which its decisions might be based, or on its further plans for Iraq and Iran. He demanded that the White House inform the committee on whatever plans for starting a war against Iran.

.@SenatorMenendez, at SFRC hearing, calls for an immediate briefing from Trump Admin on Iran: "The Trump administration has not provided any information to this committee on the intelligence behind their decisions or what they plan to do with Iraq and Iran."

Washington has made a number of attempts recently to pitch the Iraqi government against Iran. But neither Secretary Pompeo’s nor even Trump’s own trip to Iraq nor the threats of sanctions helped change radically the position of the central government in Baghdad towards neighboring Iran. Baghdad feels thankful to Tehran for armed assistance to the efforts to defeat terrorists. It supports Tehran and is obviously unprepared to lose one of the large trade partners for the sake of U.S. interests. Iranian military advisors are still present in Iraq and they help the Iraqi Armed Forces to fight with ISIS. Even the Iraqi Sunnis are hardly ready to show solidarity with the White House’s intentions.

A Sunni theologian issued a fetwah a few days ago wherein he instructed the young Iraqis to rise to Iran’s defense if the latter country came to face with a threat. Iran and Iraq are gradually moving towards a closer union – and not only religious one.

The whole situation has a hitch, though. The pro-Shiite government and Baghdad and even the moderate Sunnis do not stand for the entire Iraq yet. Certain forces will support the Americans unequivocally in any campaigns against Iran in exchange for preferences that the U.S. might bestow on them. The Kurdish formations like Peshmerga, the YPG, or the PKK do not wish to be part of a united Iraq and they are fighting for full independence from Baghdad. An important fact the observers note in this connection is that Kurdish groupings have committed the biggest number of terrorist acts in Iran over the past ten years and the Iranian authorities have placed them on the list of terrorist organizations. At the same time, they are drawing on active military and financial aid from the U.S. and Israel.

One cannot rule out therefore that they will form the vanguard strike force for the U.S. in Iraq – for the purposes of bringing down the government in Baghdad, committing subversive acts inside Iran and conducting military expansion in the border areas under the U.S. umbrella.