Why is Lula still in jail? 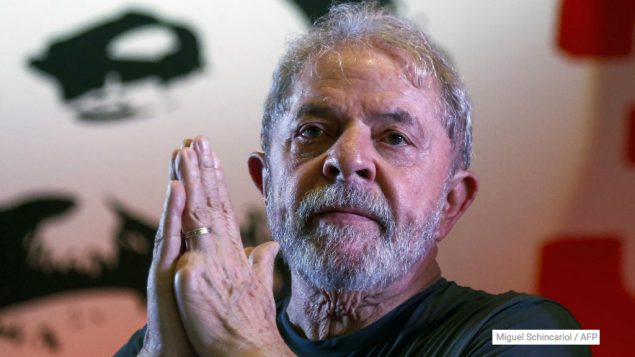 This article originally appeared in Brasil 247, was translated by Brian Mier, and can be seen in its original Portuguese here.

We know that political struggle produces more surprises and hardship than is commonly admitted.

Since the Vaza Jato revelations, based on leaked social media chats between members of the Lava Jato task force and the judiciary, definitively show the grotesque nature of Lula’s arrest, it would be natural to imagine that support for the movement to reverse the clearly unfair and biased conviction of Lula would have reached the near unanimity among democratic sectors of Brazilian society, right? Wrong.

In recent days it has been easy to observe that the “Lula Livre” campaign to free the former President, which started the same day he was taken to Curitiba, is facing unthinkable silence in the context of rebuilding the democratic rights that have been damaged by Lava Jato against the authoritarian process that started with the 2016 coup and was strengthened by the election of Jair Bolsonaro.

In three public protests held recently in São Paulo, the demand for Lula’s freedom was explicit, serving as the main theme of one, “Resistance is needed”, held at TUCA on September 11. Several speeches and theater sketches held during that protest demanded Lula’s freedom. There was also a call for a bus caravan to Curitiba, in support of Lula and the activists camped out in front of the Federal Police headquarters there who shout “Good Morning” and “Good Night” to the former President on a daily basis.

On September 9th, in the USP Law School auditorium, several speakers demanded freedom for Lula. “Free Lula” was not one of the official reasons for the demonstration, which focused on the defense of freedom of the press and Glenn Greenwald as its priorities. The issue was raised, however, by one of the organizers, Paulo Zochi, president of the journalists’ union, who spoke of the recent National Journalists Federation decision to commit itself to the “immediate release of former president Lula”.

On September 2, at the “Direitos Já – Forum for Democracy” , one speaker, Maranhão governor Flávio Dino, made explicit and lengthy references to the injustice of Lula’s arrest. Shortly before the event began, however, Workers Party leaders were told to avoid speaking about freedom for Lula during the event and decided to drop out. To some people’s surprise, the event closed with a video of support by former President Fernando Henrique Cardoso, a discreet but loyal ally to Sérgio Moro who remained loyal even after the former judge’s disastrous testimony about the Telegram leaks to the Brazilian Senate.

Interestingly, the timid amount of space dedicated to calls for Lula’s freedom stands in stark contrast with the country’s current legal-political conjuncture. More than ever, Lula’s fate is at the center of decisions about the future of Democracy in Brazil.

Supreme Court Justice Celso de Mello’s tie-breaker vote is expected at any moment to put an end to the Second Supreme Court Group’s 2-2 draw involving accusations of partiality against Moro. Even though judicial decisions are not usually influenced by the streets, every protest in favor of Lula now will have undeniable political value.

This would help to support a ruling that, even if based on strict compliance with the Constitution and the Code of Criminal Procedure, will certainly be the target of attacks by the right wing forces which have mobilized to create a state of exception.

Even as their opposition is welcome, the ever-increasing contingent of disillusioned and repentant former Bolsonaro supporters, hypocrites of all stripes, makes a point of saying their new opposition should not be confused with support for Lula’s release. They may even criticize Sérgio Moro and denounce his misconduct. But they refuse to accept the only logical consequence of a biased, manipulated ruling- the defendant’s immediate freedom.

This behavior can be explained by a few clear reasons. The timidity – let’s call it this – of those who belong to what is usually called “moderate sector,” or “the center” in relation to Lula’s plight, is part of a change in the political conjuncture marked by the decomposition and dispersion of the political support base for Bolsonaro and the irredeemably tarnished Lava Jato investigation.

In a country that has Argentina as an imperfect but frequently inspiring mirror, the lightning fast rebirth of Peronism from the ashes of Mauricio Macri is rising like a nightmare to a Brazilian opposition which is being pushed to criticize Bolsonaro but is incapable of building a political alternative to challenge Lula and his universe.

There is always the old and well known class prejudice at work, but this is not the only factor at play. There is also a  fear of a unified political force.

As recent comments by 2018 presidential candidate Ciro Gomes show in a crystal clear manner, the permanence of Lula in prison guarantees a comparative advantage for political rivals and competitors, by eliminating the risk of their having to face Brazil’s greatest leader of the 21st Century. Does anyone doubt this?

Paulo Moreira Leite is a former senior editor from Veja and Epoca magazines and former Washington correspondent for Gazeta Mercantil. He has worked as a journalist for Folha de São Paulo, Estado de São Paulo and is currently Editor in Chief of Brasil 247 and a member of the Journalists for Democracy coalition.