Why did Canada expel four Russian diplomats? Because they told the truth 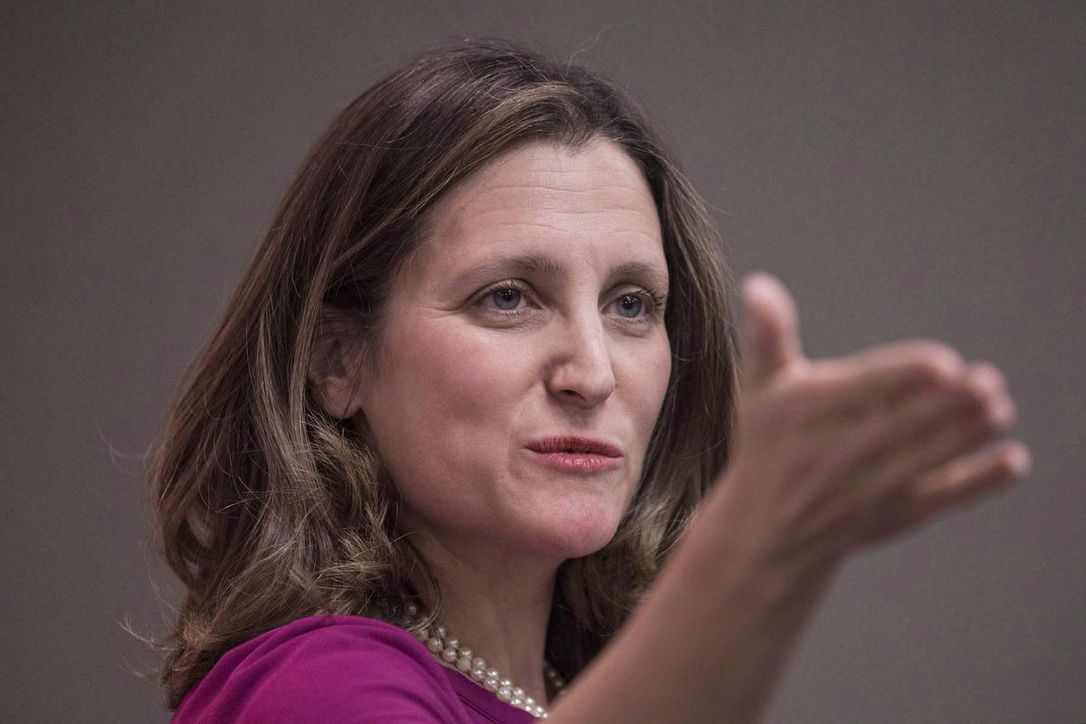 Four Russian diplomats were expelled by Canada for telling the truth – which, according to Foreign Affairs Minister, constitutes ‘disinformation’

Originally published in The Star

The Russians are being punished for saying that Freeland’s grandfather was a Nazi collaborator during the Second World War. He was.

We now know how the Russians have been subverting Canadian democracy. They have been propagating truthful news.

That information comes courtesy of Prime Minister Justin Trudeau who on Wednesday finally explained the motive behind his government’s decision last week to expel four Russian diplomats and refuse entry to three more.

At the time, Ottawa said it was making the move in support of Britain, which blames Russia for using a deadly nerve agent to poison a double agent living in England.

But in a written statement, Foreign Affairs Minister Chrystia Freeland also said the Russians had been using their diplomatic status “to interfere in our democracy.”

How exactly the Russians had been interfering was not explained. Efforts to get more information from Freeland’s office were unsuccessful. In an interview on CBC, Defence Minister Harjit Sajjan said that he had to stay mum for reasons of national security. Nobody else would talk.

Then, on Wednesday,Trudeau spilled the beans. The Russians are being punished for saying that Freeland’s grandfather was a Nazi collaborator during the Second World War.

Trudeau called this an effort “by Russian propagandists” to smear Freeland, which perhaps it was.

The only trouble with all of this is that the Russians were telling the truth. Freeland’s maternal grandfather, Michael Chomiak, was a Nazi collaborator during the Second World War.

A Ukrainian nationalist, he fled Stalin’s advancing armies in 1939 and sought refuge in what was then German-occupied Poland.

There, under the aegis of the Nazis he edited a Ukrainian-language, anti-Semitic newspaper.

I first learned of this from a front-page story in that well-known vehicle of Russian propaganda, the Globe and Mail.

The Globe got its information by interviewing Freeland’s uncle, a historian who in 1996 wrote – with some assistance from his niece – a scholarly article detailing Chomiak’s wartime activities.

Was the Russian government happy to see this being made public? I expect it was. Freeland is a vocal critic of Moscow’s heavy-handed approach to Ukraine and is currently persona non grata in Russia.

The Russian government also finds it convenient to paint all of its critics in Ukraine as unreconstructed fascists. And while Freeland is certainly no fascist, she has publicly praised her grandparents for their influence on her and for their commitment to Ukrainian independence.

Given all of that, the Chomiak story was a gift to the Russians. Soon after Freeland’s appointment as foreign affairs minister last year, pro-Moscow websites began to pick it up.

To use Trudeau’s words, Moscow was probably trying to push a “pro-Russia narrative.”

But is it illegitimate for countries to use verifiable facts to make a case?

Certainly, the West doesn’t think so when it comes to the nerve agent story. Its decision to blame Moscow for the attack is based on one fact – that the poison used was first developed in the old Soviet Union.

The possibility that some other entity might have copied it is never entertained.

Instead, the world is presented with a complicated explanation that goes something like this: After years of ignoring retired double agent Sergei Skripal, Russian President Vladimir Putin finally decides to kill him.

The attack isn’t particularly successful, since Skripal is still alive.

All of this is done for no apparent reason other than pure evil.

In theory, this scenario makes a certain amount of sense. Or at least it makes as much sense as expelling four diplomats for peddling truthful news.