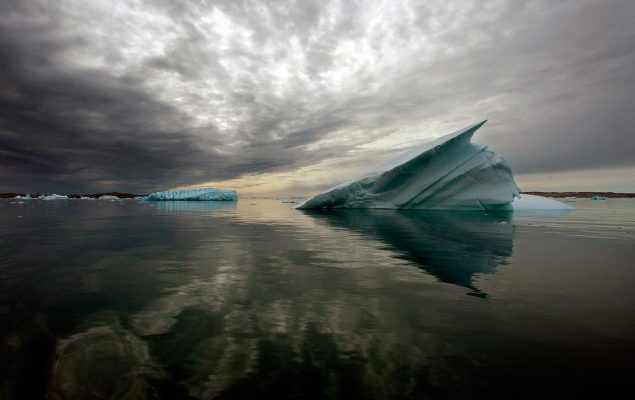 In an interview published in The Economist on November 7, President Macron was reported as stating that the US-NATO military alliance is suffering from “brain death.”

In an interview published in The Economist on November 7, President Macron was reported as stating that the US-NATO military alliance is suffering from “brain death.” In relation to international affairs, the article notes that “Mr Macron thinks Europe can best establish its global influence as a power that mediates between the gorillas of China and the United States. Its role will be ‘to stop the whole world from catching fire’, he says. A first step would be to get a grip on its own region by rebuilding relations with Russia…”

How right he is. But of course his internationalist views don’t meet with approval from others with axes to wield and drums to beat. The new German defence minister, Annegret Kramp-Karrenbauer (AKK), eyeing her future political career through red-tinted glasses, is aghast at such a non-confrontational approach, and insists her country should become involved in military affairs further afield than Europe and, for example, join the anti-China drive in Asia by contributing to combat vessel patrols in the South China Sea.

AKK’s support for NATO is unconditional, and understandably meets with the approval of Secretary General Jens Stoltenberg who declares that Germany is “at the heart of NATO” which is becoming increasingly active in the Arctic. According toNATO, its massive exercise Trident Juncture in Scandinavia was the largest since the First Cold War and involved 65 combat ships, 250 aircraft and 50,000 personnel from its 29 member countries along with supposedly neutral nations Finland and Sweden. It was declared that this enormous and expensive military jamboree was “not directed against anybody” which brings up the questions — Why go to all the enormous trouble and expense of conducting the largest military deployments in thirty years so close to Russia? Does NATO spend vast sums of taxpayers’ money holding mammoth manoeuvres that have no point at all? If Trident Juncture was not “directed against anybody” then what was the military objective of the whole affair?

According to the US Army’s Field Manual FM 3–0 the nine Principles of War are headed by the Objective which lays down that every military operation must be directed “toward a clearly defined, decisive and attainable objective. The ultimate military purpose of war is the destruction of the enemy’s ability to fight and will to fight.”

But then Stoltenberg altered course and said “The scenario for Trident Juncture is that a NATO Ally – in this case, Norway – has been attacked by a fictitious adversary” and “our task is to defend Norway and to drive back enemy forces.”

In answering questions from the media, Stoltenberg was at pains to emphasise that “I think we should still work for avoiding increasing the tensions in the High North, because this is an area where we need also to work together with Russia”. So why hold the biggest military exercise in three decades in Norway, which has a 200 km border with Russia? Does Stoltenberg really imagine that this did not increase tension?

Stoltenberg’s rationale for the huge increase in NATO’s military activity is that “We have seen increased military presence of Russia in the Arctic. NATO is not mirroring, plane by plane or submarine by submarine or ship by ship, exactly what Russia is doing, but of course one of the reasons why we are strengthening our collective defence, why we are strengthening our presence also in the High North, is because of what we see from the Russian side, especially the need to also protect the sea lines of communications in the North Atlantic.”

So it’s the Arctic that disturbs Stoltenberg — the Arctic in which Russia has a coastline of 24,140 kilometres in the Barents, Kara, Laptev and East Siberian Seas. Of the eight Arctic Nations (NATO members Canada, Denmark [plus Greenland], Iceland, Norway, US, in addition to Russia, Finland and Sweden), Russia has 53 percent of the entire coastline, which makes utter nonsense of the confrontational front page headline in the Britain’s ultra-nationalist Daily Telegraph newspaper that announced on November 4 that “Putin is making a power grab for the Arctic. The West needs to wise up – and prepare itself for conflict.”

But the West is already planning for conflict, with such manoeuvres as Trident Juncture and the early November deployment of B-52 nuclear bombers which “flew training missions with Norwegian F-16s in the Barents Sea region of the Arctic Circle” as part of the “US Strategic Command’s recently completed Global Thunder 20 exercise.” Not even Stoltenberg could imagine that such an Arctic foray could serve to reduce tension.

The economic facts are simple, in that, as noted by the US Energy Information Administration, the area north of the Arctic Circle contains over 90 billion barrels of oil, representing some 13 percent of the world’s unexploited oil reserves, and more than 42 billion cubic meters of natural gas — about 30 percent of the world’s untapped gas resources.

The infuriating thing for the West’s military-industrial complex is that 80 percent of these assets lie in Russian territory.

The Voice of America announced on November 6 that “Russia Ups the Ante in the Arctic” by taking action “from launching the world’s first ‘combat icebreaker’ to training soldiers on how to handle sleds pulled by reindeer, from rebuilding Soviet-era airbases and radar stations to adapting weapon systems and armoured vehicles for cold-weather warfare, Russia is bolstering its military presence in the Arctic — and is keen to advertise the fact with war games and test firings of new missiles.”

The definition of “Up the Ante” is “to increase what is at stake or under discussion, especially in a conflict or dispute” and the claim that Russia is doing this by “training soldiers on how to handle sleds pulled by reindeer” is in line with the absurdity of the West’s approach to explaining why it wants to get its collective hands on the Arctic. Does VOA really believe that Russia needs to adapt its weapons for cold-weather warfare? Does it not dawn on reporters that Russia is a country with some history of operating in cold weather and that it is standard procedure to produce equipment, civil and military, with it being borne in mind that it is likely to be exposed to a bit of snow and ice, now and then?

To give VOA credit for a morsel of objectivity, it did say that “President Vladimir Putin has made Russian development of the Arctic one of his key long-range goals, and has talked ambitiously this year of enticing shippers away from the Suez to plying the Northern Sea Route instead. Some international investors are already buying into projects to export liquefied natural gas along the route.” Quite so.

The authoritative ‘Live Science’ notes that under the terms of the United Nations Convention on the Law of the Sea (UNCLOS), signatory countries can exploit resources from the seabed out to 370 kilometres off their shoreline. But one problem for Washington is that the United States has declined to ratify the Convention.

The military-industrial complex in Washington is determined to extract as much cash as possible from the Arctic, and the planned peaceful development of the region by Russia is a disturbing complication. Washington is using NATO as a front to establish an Arctic Circle of military confrontation in the hope that this will prevent Russia from exploring the region for oil and gas and extracting the resources known to be there. In the final breakdown it all comes down to oil money, as made clear by Trump’s justification for his war in Syria when he declared that “We’re keeping the oil. We have the oil. The oil is secure. We left troops behind, only for the oil… But again, we’re keeping the oil.”

Then Trump elaborated by announcing that “What I intend to do, perhaps, is make a deal with an ExxonMobil or one of our great companies to go in there and do it properly … and spread out the wealth.” Just like Washington wants to do further north by having NATO establish an Arctic Circle of military confrontation.

Brian Cloughley is a British and Australian armies’ veteran, a former deputy head of the UN military mission in Kashmir and Australian defense attaché in Pakistan