Victory for the opposition in Argentina: Macri’s reelection undermined 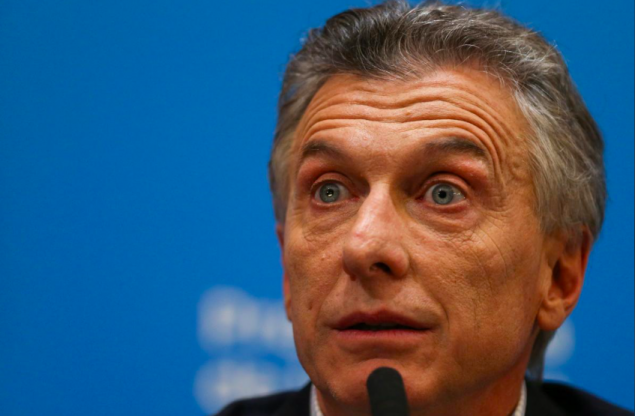 One of the “little points” here is just how badly the opinion pollsters scored. This is quite typical in Latin America because the pollsters don’t get the opinions of the poor people. But this is important, as there are tons of fake polls, for example in Venezuela, which ‘show the people hate Maduro’…

President Mauricio Macri suffered a crushing defeat as Argentines voted in party primaries on Sunday ahead of October’s general election. Given that all of the recession-hit country’s major parties have already chosen their presidential candidates, the primaries effectively served as a nationwide pre-election opinion poll.

Center-left nominee Alberto Fernandez led by around 15 percentage points after 87% results were revealed as center-right, pro-business Macri admitted it had been “a bad election.”

The first round of the presidential election will be held on October 27, with a run-off — if needed — set for November 24.

With 87% of polling station results counted, Fernandez had polled 47.5% with Macri on a little more than 32% and centrist former finance minister Roberto Lavagna a distant third on just 8.3%.

“For those who didn’t vote for me, I promise to work hard so they understand me,” said Fernandez to thousands of cheering supporters in Buenos Aires. “A new Argentina is being born, this means the end of revenge and the gap”, he added in reference to great divide in the Argentine society.

“We’re going to begin a new stage. We always fix the problems that others create.”

Macri had been hoping to earn a second mandate, but his chances appear all but over.

If Fernandez was to register the same result in October, he would be president as Argentina’s electoral law requires a candidate to gain 45% for outright victory, or 40% and a lead of at least 10 points over the nearest challenger.

Political analysts had anticipated that “it would be very difficult to claw back a difference of five points due to polarization: there’s no scope to claim votes.” Macri faces the unenviable prospect of having to somehow find three times as many.

“We’ve had a bad election and that forces us to redouble our efforts from tomorrow,” said Macri, whose popularity has plunged since last year’s currency crisis and the much-criticized US$ 56 billion bail-out loan he secured from the International Monetary Fund.

“It hurts that we haven’t had the support we’d hoped for,” he added.

However things will not necessarily be smooth in the winning side, since Alberto Fernandez was nominated as presidential candidate by his vice president, corruption tainted ex president Cristina Fernandez, who has an electoral base of almost 30%.

This means that Alberto Fernandez to a great extent is conditioned to her vice president, and son Maximo Kirchner who led the victory celebrations. Besides the fact that most of the future lawmakers to be elected next October belong to the grouping head by Maximo Kirchner.

Around three-quarters of Argentina’s 34 million eligible voters turned out for what was an obligatory vote, Interior Minister Rogelio Frigerio said.

Argentina is currently in a recession and posted 22% inflation for the first half of the year — one of the highest rates in the world. Poverty now affects 32% of the population.

Backed by the IMF, Macri has initiated an austerity plan that is deeply unpopular among ordinary Argentines, who have seen their spending power plummet. The peso lost half of its value against the dollar last year.

The Buenos Aires stock exchange actually shot up 8% on Friday amid expectation that Macri would do well in Sunday’s vote.

The markets have little faith in Alberto Fernandez, who is widely seen as dependent on Cristina Kirchner, but that made scant difference to voters.

This means that Monday could turn into a hectic trading day for Argentina, particularly regarding the US dollar, which traditionally has been the refuge of Argentines mistrustful of their currency and politicians.

Finally and again as happened in neighboring Uruguay primary votes, public opinion polls failed miserably: not one anticipated such a landslide for the opposition.