The second conference of the People’s Council of Bessarabia was held in Odessa May 16. During the conference, a draft law on national and cultural autonomy of the Bessarabian region was presented. The conference was attended by a delegation of international experts. 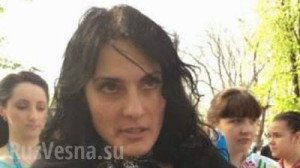 In an interview, Vera Shevchenko’s assistant Dmitry Yogi said: “Immediately after the conference, Vera went home by car. She said on the phone that she was being followed by an unknown car. The she disappeared without further communication.

“I know that the SBU [Security Service of Ukraine] has been following her for two weeks. They accuse us of separatism,” said the activist.

Recall that Vera Shevchenko headed the People’s Council of Bessarabia after the disappearance of its first leader, Dmitry Zatuliveter, who still has not made contact with his colleagues.

Translated by Greg Butterfield on Red Star Over Donbass.