Venezuela: Why is Maduro still in power? 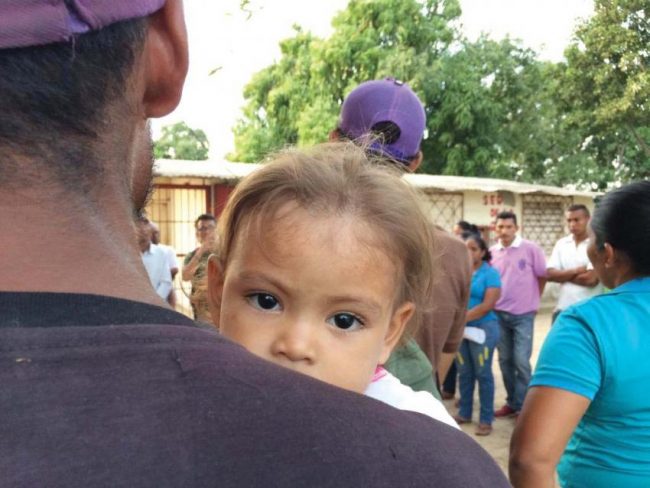 To a large extent the answer to this question lies in the refusal of Maduro’s opponents, inside and outside Venezuela, to acknowledge the existence of Chavismo.

For many, it is impossible to understand how, despite presiding over the country’s worst economic crisis and facing such intense international and domestic opposition, Maduro remains in the presidential palace.

The answer lies in the enduring strength of Chavismo, a political movement of the working classes that, despite predating former president Hugo Chávez, continues to take his name and political project as its own.

The refusal by Maduro’s opponents, inside and outside Venezuela, to acknowledge its existence also goes a long way to explaining why they have remained in opposition for more than two decades.

Walking down the main street of San Fernando, capital of the border state of Apure, it did not take long for someone to come up and start talking politics. Within minutes, a group discussion had formed.

“That’s why, in ’89 the barrios [poor neighbourhoods] came down the hills and looted stores to get food,” he said, referring to the February 27 Caracazo uprising, ultimately put down by brutal repression which, according to reports, left thousands dead.

Another said: “The Chávez era was the most beautiful time in Venezuelan history. Everyone was able to improve their living conditions, not just the poor but even the rich.”

“Thanks to Hugo Chávez, we have the opportunity to study, to do a postgraduate [course],” explains another.

“Universities were basically privatised. Unless you were rich you had no chance of being able to go to university.

“Chávez opened up education and started to give students uniforms, shoes, food, computers; kids are given laptops, tablets…”

A young man interrupts: “University students also get a tablet. I have one. I had never seen one before, but now I have one.”

The depth of support for Chávez among working people, however, cannot be simply explained by his association with better times.

Andreina Pino, a local activist with the Bolivar and Zamora Revolutionary Current in the rural state of Barinas, where Chávez was born, says this identification is due to Chávez’s ability to “decipher the code of the people.”

“Chávez was able to do this,” Pino explains “because he came from the people.”

“Generally, politicians in this country came from rich families and didn’t have that contact with working people.

“Chávez was able to connect with the sentiment, culture and spirituality of the Venezuelan people… He came to synthesise all of that culture, that spirituality, that history.

“Chávez not only identified with that history, he taught us history. Chávez talked about [Simón] Bolívar and our struggle for independence.

“He also began to build hope in us that we, the people, could construct our own history.

“Chávez awoke something within the people.”

Caracas-based Argentine sociologist Marco Teruggi believes the opposition’s inability to accept or comprehend this phenomenon is why it “has been making the same error in their analysis for twenty years”.

“They don’t incorporate the existence of Chavismo as a political subject into their analysis.”

Teruggi explained that to understand Chavismo, it is important to look beyond the government and view this political movement in all its complexity.

Emerging from within the popular classes, Chavismo incorporates a gamut of political parties, social movements and organisations, and penetrates deep into the barrios and military barracks.

“We cannot begin to understand how, for instance, the economic crisis has not led to a popular explosion, if we don’t understand the deep roots that Chavismo has in the barrios, where it has generated a whole network of organisations that are very strong and that allows it to contain the situation,” said Teruggi.

“Importantly, Chavismo has its own political identity. We could say that Chavismo is an identity of a part of the popular classes”.

“Under Chavismo, the popular classes were not only able to improve their economic situation but to participate in politics, have a public voice, be protagonists.

“Only Chavismo has offered them this.

“They are defending a process that today has been dealt blows but continues to be the only project that has offered the popular classes in Venezuela a different destiny to the one they had always been condemned to — one of poverty, unemployment, exclusion and marginalisation.”

“The people are not defending Maduro; they are defending the possibility of being able to continue improving not just their economic situation but their lives in general.

Pino agrees: “The people who continue to support Maduro understand that it’s Maduro [in these] circumstances … who is the current leader of the civic-military process.

Teruggi points out, however, that “Chavismo is not a blank check. It’s not something that can be used and abused for an indefinite amount of time.”

Earlier this year, there were clear signs of this.

Atenea Jiménez, from the National Network of Comuneros, which unites people involved in numerous communes across the country, explained that, in January, between Maduro’s inauguration and Guaidó’s self-proclamation, “there were many protests … but these protests were different as they were in popular sectors, including some that have historically been very Chavista.

“These were not in middle class sectors, at least here in Caracas; they were protests by people from the barrios who do not agree with Maduro; people who are not with the opposition but who are fed up with having had to deal with this economic situation for so many years.”

Jiménez noted that the politics of the protest were, like everything in Venezuela, very complex and contradictory. Some of them “were tied to the actions of armed gangs”, while in other cases, members of the police and Bolivarian National Guard were involved.

“These protests did not have a clear leadership, they were not planned or organised by a political sector, although there were right-wing opposition sectors who tried to promote the protests because they saw them as functional to their aims of removing Maduro by any means.”

Beyond these complexities, “they were protests about the very real situations that people are facing … and in some places, where Chavistas are very angry with the difficulties of everyday life, the protests were huge.”

“Many of the people who protested feel that the government has not been capable of resolving their problems.

“They said: ‘We have given [the government] all of our votes, for the National Constituent Assembly, for governors, for mayors, all of them. So what excuse do they have for not resolving our everyday problems such as food and medicine?’.”

Teruggi notes that the current situation “cannot last forever. There needs to be responses by the government to these demands, otherwise it will lose the support it needs to stay in power.”

However, Teruggi believes Venezuelans are still some time away from reaching breaking point. “I think this is why the US is attempting to accelerate its actions against Maduro.

“Rather than continuing to … wear down support for the government through economic attacks, the US is instead promoting a parallel government…

“Even if the attacks on the economy are generating a lot of damage and Chavismo has been unable to respond … and even contributed to problems through its own errors, the overall balance of forces has maintained itself.”

Jiménez notes that “in other circumstances, under neoliberal governments, we would have turned this country upside down.”

“But these mass protests dissipated once Guaidó entered the political scene, because that popular force, which is discontent, that has criticism towards the government … retreated as a new variable entered into the fray.

“That new variable is imperialism.”

Guaidó’s US-backed self-proclamation, his appeals for foreign intervention and more sanctions meant that, “those spontaneous protests stopped as people began to say that this is not the way to solve our problems.

“Among the people there is a very strong anti-imperialist sentiment, independently of the position that people may have towards the government.

“Any threat of foreign intervention immediately generates within our people a spirit of struggle … people recognise that we can have our criticisms, but that this has nothing to do with [US President Donald] Trump being able to decide who our president should be.

“The roughshod manner in which the opposition has acted and its open calls for US intervention, together with the almost daily statements coming from Trump’s spokespeople, has generated a patriotic sentiment, a conviction that we will resolve this in the way that we want to resolve it.”

These sentiments were expressed by many, including one of the women who joined the discussion in San Fernando: “We don’t want the Yankees or anyone else to get involved here. We are determined to be free. We don’t want any more interference in our country.”

“What we want is to be independent, to be sovereign and for us to be able to decide what happens to our wealth. No one else can tell us what to do with our resources.”

Another adds: “We want to resolve our problems ourselves. We are happy to accept suggestions, but good suggestions.

“If the US wants to help us then get rid of the sanctions,” says another.

[Federico Fuentes visited Venezuela in March as part of a fact-finding visit by solidarity activists. The visit was made possible in part by donations from Green Left supporters. Donate now to help us continue our coverage of Venezuela.]
Editors’ Note: While we don’t necessarily share the views we publish on New Cold War, we do attempt to provide readers with a range of views. This is because your right to make your own mind up depends on your being fully informed.
Share
Tweet
Share
Pin