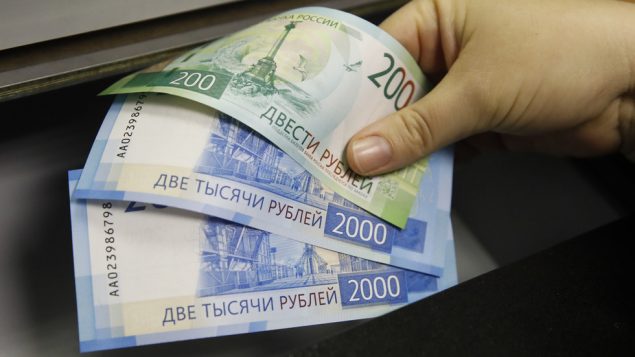 As US sanctions are preventing Venezuela from carrying out transactions using US dollars, to fulfill its obligations specifically to Russia the country will operate in rubles.

The Russian currency will replace the dollar in transactions between the two countries, Tareck El Aissami, Venezuela’s vice president of the economy, said at the St. Petersburg International Economic Forum.

“Unilateral American sanctions are preventing us from using US dollars to settle,”the official told Sputnik on Saturday, the last day of the annual business summit. “So we have developed a mechanism so that we can fulfil our obligations to Russia, and it will operate in rubles.”

According to a statement from Russian President Vladimir Putin at the same event, Caracas owes Moscow US$3.5 billion, and has so far managed to service its debt.

The workaround should allow Venezuela to circumvent financial and industrial sanctions imposed by the current White House administration, while also shielding the Russian side from additional penalties from Washington.

The ruble payment mechanism was first touted last month, but its operational details and time of introduction remain sketchy, and El Aissami, who was the country’s vice president until last year, and is considered one of President Nicolas Maduro’s top lieutenants, did not elaborate.

El Aissami, who is also the international director for state-owned oil giant PDVSA, said that the company would look to deepen ties with Russian counterpart Rosneft. The two operate half a dozen joint oil and gas projects inside the South American country, and the Russian corporation is owed billions of dollars by PDVSA, which is repaying its obligations in crude oil supplies.

“We are developing relationships with Rosneft and are looking at all options of cooperation with the company,” El Aissami said.