Venezuela has the lowest contagion rate in Latin America 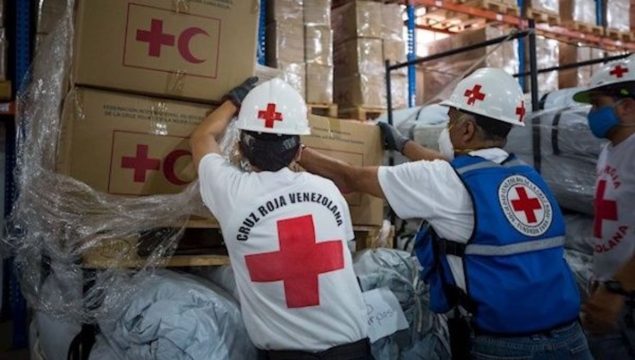 According to current data, Venezuela carried out 181,335 COVID-19 tests until April 11, which has allowed this South American country to detect patients in time and become the Latin American nation with the lowest infection rate.

According to data compiled through April 11, Venezuela had carried out 181,335 COVID-19 tests, which allowed this South American country to detect patients in time and become the Latin American nation with the lowest infection rate.

“The recovery rate is the highest in the region with 53 percent, above Colombia that only reaches seven percent and Brazil with 0.8 percent,” he added.

Additionally, while Brazil has an average of 104 infected persons per million, Venezuela has only 6 infected patients per million inhabitants, a successful result that would not be possible if the Bolivarian government had not performed COVID-19 tests free of charge.

As of Tuesday morning, Venezuela, a country with over 28 million inhabitants, had reported 189 COVID-19 cases and 9 deaths, according to the Johns Hopkins data base.

TWICE duly elected, in a system MORE secure than the US, @NicolasMaduro IS president of Venezuela, recognized as LEGITIMATE by 140 nations#HandsOffVenezuela #FightCovidNotVenezuela#NoWarOnVenezuela
(P.S. elements in DC support cocaine producing government & cartels of Columbia) pic.twitter.com/n3tzqyCIBu

To control the return of some 15,000 Venezuelans from Colombia, Peru, and Ecuador, the Bolivarian government established sanitary barriers at its country’s land borders through which each person entering the national territory will be examined.

Health authorities also installed a mobile bioanalysis lab in the state of Tachira, on the border with Colombia. By doing so, the Polymerase Chain Reaction (PCR) tests results can be got at the border instead of waiting for them to arrive about 4 hours from Caracas city.

The state of Zulia also announced the installation of a field hospital in the municipality of Mara with the capacity to care for 4,000 people returning from Colombia, Ecuador, and Peru.

In the state of Carabobo, one of the four Venezuelan regions that did not register COVID-19 cases, 18 returnees were isolated in the Olympic Village of Naguanagua, which was adapted as a field hospital with the capacity to serve 400 people.