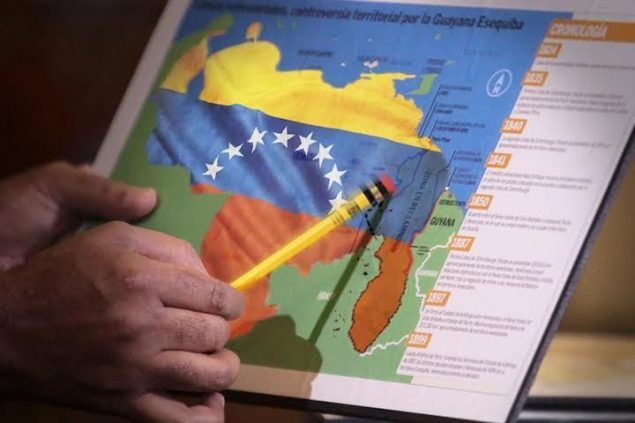 Juan Guaido, Vanessa Neumann and Manuel Avendaño are accused of renouncing Venezuela’s claim over the Essequibo region to the United Kingdom in exchange for political support for their regime change agenda. (Roberto Insignares)

Self-declared “Interim President” of Venezuela, Juan Guaido and two of his top advisors, are being accused of treason and have had a criminal investigation opened against them.

Self-declared “Interim President” Juan Guaido and two of his top advisors are being accused of treason and have had a criminal investigation opened against them.

Authorities have accused Guaido, his UK envoy, Vanessa Neumann, and his international office coordinator, Manuel Avendaño, of surrendering Venezuela’s claim to the disputed Essequibo region in exchange for political support from the UK government.

The move comes as a recorded phone conversation between Neumann and Avendaño was released on Friday, in which the former can be heard advising Guaido’s Venezuela-based team to “drop” the “official [government] line that we want to take control of the Essequibo from Guyana.”

Neumann goes on to reference talks with the British Foreign Commonwealth Office and Guyana’s high commissioner, clarifying that “they won’t support [Guaido’s efforts to overthrow Maduro] while we continue [that] line.”

Both London and Georgetown back Washington’s position, recognising Guaido as the legitimate leader of Venezuela.

The Essequibo is a 160,000 km2 strip of land on the Venezuela-Guyana border which was taken from Venezuela by the British colonial regime via a disputed 1899 arbitration agreement in which no Venezuelan negotiators were present. The ruling was later nullified by the UN-brokered Geneva Agreement signed by all parties in 1966.

Recent UN-led efforts to resolve the ongoing dispute have floundered following ExxonMobil’s discovery of an estimated 12.8 billion barrels of oil in the Essequibo’s offshore territory as part of an exploratory mission authorized by Georgetown. 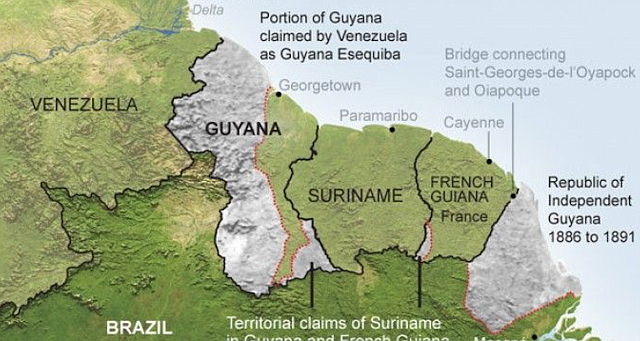 Speaking at a press conference Friday, Attorney General Tarek William Saab accused Guaido, Neumann and Avendaño of carrying out an “illegal negotiation,” on behalf of a “nonexistent government” to “waive our country’s historic right over the Essequibo.” He also suggested that some of Guaido’s team “worked for other governments,” without offering further details.

Guaido’s team has led efforts to seize Venezuelan assets in other countries since his self-proclamation in January, including the US-based Venezuelan oil company CITGO and Venezuelan diplomatic offices in Washington.The opposition leader is currently the subject of several ongoing criminal investigations.

In response to the revelations, President Nicolas Maduro accused Guaido of “unacceptable” and “shameful” politics.

“[His team is] looking to impose a pro-imperialist government (…) divide the country in 20 bits and share out the riches,” Maduro told the country in a nationally televised address.

He also warned that dialogue between the government and the opposition,which was previously held in Norway and Barbados, will not continue until Guaido “rectifies his efforts to hand over the Essequibo.” Talks weresuspended by the government on August 7 after Washington unveiled ageneral embargo against Caracas, but both sides have suggested that they may be returning to the negotiating table.

For his part, Guaido rejected the accusations of treason, claiming that the government is looking to “distract” the country from continuing economic problems.

The National Assembly (AN) president clarified his position at a rally in Anzoátegui State on Friday, proclaiming that “the Essequibo is ours, it is Venezuela’s.” He likewise referenced numerous AN pronouncements expressing a similar stance. 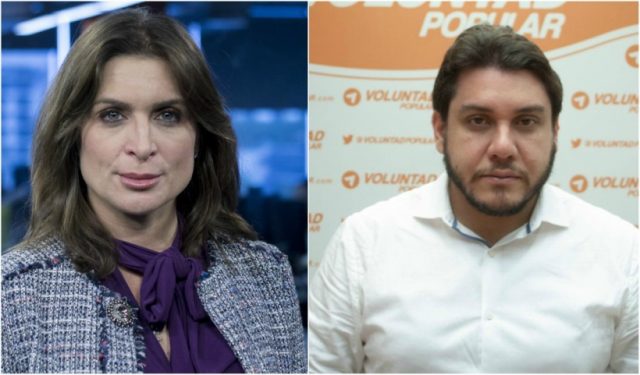 Guaido is the only one of the three accused citizens currently on Venezuelan soil, with Avendaño taking refuge in the Chilean Ambassador’s residence in Caracas Friday and Neumann based in the United States where she holds citizenship.

For her part, Neumann rebuffed the accusation, claiming that the phone recording was a “fake” made up by the “Maduro regime and the [Cuban intelligence agency] G2.”

The Columbia and Yale educated politician, who has twice received special recognition from US Homeland Security for her work on joint projects, also clarified that “I have never recommended changing the historic claim of my country Venezuela over the Essequibo.”