Venezuela and the setbacks of the Latin American Left: What does it all mean? 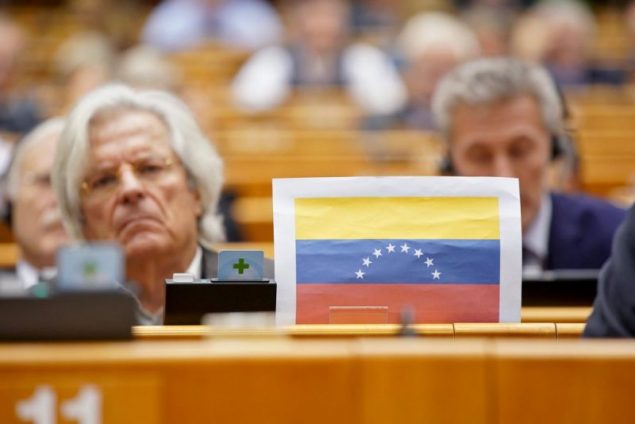 Alan Freeman, speaks with Steve Ellner, an expert on Venezuela, to discuss recent events in Latin America and specifically how they have effected the Pink Tide phenomenon.

An interview with Steve Ellner by Alan Freeman

Alan Freeman: The progressive Latin American governments of the 21st century, the so-called Pink Tide governments, have received heavy blows in the recent past and have been replaced by conservative, right-wing governments in Brazil, Argentina and, evidently, Ecuador. What are people on the right saying about these setbacks for the Left?

Steve Ellner: The detractors of the Pink Tide phenomenon imply or explicitly state that it will soon become a thing of the past without any long-lasting effect. The view is underpinned by the “dinosaur” narrative and the “end of history” thesis of Francis Fukuyama, along with the Right’s standard argument that socialism and the policies associated with it will end up in the dustbin of history. These writers and political activists, however, ignore that socialism has really not been put to the test because none of the Pink Tide countries have been socialist. Eighty percent of the Venezuelan economy, for instance, is owned by the private sector.

Some of the same analysts use the pendulum metaphor. The implication is that politics in the region are characterized by a cyclical pattern in which nothing really changes over time, even while governments alternate between left and right leaderships. The pendulum metaphor, however, goes counter to the theory of “post-hegemonic regionalism” in Latin America that views the Pink Tide as initiating a new phase that displaces U.S. hegemony based on neoliberalism. These writers add, however, that the Pink Tide has not given rise to a single well-defined model. Although the theory was formulated at the peak of the Pink Tide, its defenders continue to argue for its ongoing relevance in the region.

AF: So not all analysts have waved goodbye to the Pink Tide phenomenon. What are the possibilities that it will have a long-lasting impact?

SE: There are several indications based on past performance that the Pink Tide phenomenon will persist in time. It’s important to note that Pink Tide countries have had more staying power and that there was a greater degree of unity and solidarity among them than was the case with progressive and democratic waves in Latin America in the past. An example is the emergence of progressive governments around the end of the Second World War in Guatemala, Argentina and elsewhere. The list of Pink Tide countries is much longer: Venezuela, Brazil, Uruguay, Argentina, Bolivia, Ecuador, Nicaragua, El Salvador, Honduras and Paraguay. And with the election of Andrés Manuel López Obrador, Mexico may be added to the list.

Pink Tide governments were instrumental in the formation and consolidation of a number of regional organizations. These included Union of South American Nations (UNASUR), Community of Latin American and Caribbean States (CELAC), Bolivarian Alliance for the Americas (ALBA), and the Southern Common Market (MERCOSUR for its Spanish initials), all of which promoted Latin American unity and integration. Pink Tide leaders played a key role in support of nations facing situations of political crisis, specifically Venezuela in 2002-2003 and 2017-2018, Bolivia in 2006 and 2009, and Ecuador in 2010. This sense of unity is particularly striking because the Pink Tide took in the moderate Left represented by the Lula government in Brazil and the more hardline Left represented by Hugo Chávez, which historically have not always had friendly relations.

The future prospects of the Pink Tide movement also have to be considered in the context of the historical decline of the traditional political party system in much of Latin America and the failure of emerging pro-establishment political elites to fill the resultant gap. During the Pink Tide period, pro-establishment parties that had been major fixtures in their nation’s political system over a period of many decades became shadows of their former selves. This is the case with the Radical Civil Union party in Argentina, the Partido Colorado in Uruguay, Social Christian COPEI party in Venezuela, the National Revolutionary Movement (MNR) party in Bolivia, Chile’s Christian Democratic party, and the Conservative and Liberal parties in Colombia.

At the same time, the approval ratings of anti-Pink Tide presidents have been extremely low, sinking below the 20 percent mark in the case of Juan Manuel Santos in Colombia, Enrique Peña Nieto in Mexico, and Pedro Pablo Kuczynski in Peru. That’s not to even mention the case of Brazil’s Michel Temer whose ratings fluctuated between 3 and 4 percent. The discredit of major adversaries of the Pink Tide movements enhances the possibility of their eventual recovery.

AF: What about the rise of rightist governments throughout the region, and throughout the world, for that matter? Doesn’t that threaten the prospects of the Pink Tide, at least in the short run?

SE: Yes, but in other aspects, international factors favour the prospects for the survival of Pink Tide movements. Pink Tide governments strengthened ties with two global powerhouses, namely China and Russia, while the influence of the United States, which put up resistance to progressive Latin American governments, waned. U.S. economic ties with Latin America declined as did the prestige of the United States, which plummeted under President Trump. Pink Tide governments have had closer relations with Russia and China and more strained relations with the U.S. than have conservative and rightist ones. This is certainly the case with Argentina and Brazil and will be even more so in the case of Brazil’s recently elected Jair Bolsonaro. Lula’s avid support for the BRICS grouping (including major emerging economies of Brazil, Russia, China, India and South Africa) contrasts with Temer’s lukewarm attitude toward the same bloc and Bolsonaro’s hostile remarks about China.

AF: What can you say about the critics of Pink Tide governments who are on the left? There seems to be a growing number of them, or else they have become more vocal in recent years, or perhaps both.

SE: Scholars of the Pink Tide phenomenon who criticize it from a leftist perspective tend to centre their discussion on the nation’s continued or even increased dependence on the export of primary commodities, such as petroleum in the case of Venezuela and soybeans in the case of Argentina. The model they criticize is referred to as “neo-extractivism.” Their basic argument is that Pink Tide governments have failed to alter the position of their nation in the global economy and their nation’s dependency status. For sure, their criticism of Pink Tide governments for failing to implement effective strategies to break dependency on primary commodities through the stimulation of local production and diversification is well taken. Unfortunately, global capitalism based on the multinationals – that is, the monopolies at the international level – has proved to be more tenacious and all-encompassing than in the period prior to the age of globalization that set in in the 1980s. The Pink Tide governments have been unable to break this structural hold.

The emphasis on economic structure in the framework of an all-encompassing critique of the Pink Tide has two major shortcomings. If you read what most of these writers say, they fail to draw the connection between the aggressive actions of powerful adversaries that generated economic and political destabilization and the policies and models that they criticize. Decontextualization leads to misleading conclusions. The decision, for instance, to develop extractivist strategies and opt for massive cheap imports, as opposed to import substitution favouring national business interests, has to be understood in the context of the private sector’s support of destabilization efforts. The destabilization turned particularly violent at the outset of Pink Tide rule in Venezuela and Bolivia. Indeed, Chávez would have been foolish to have provided the dominant business elite that tried to overthrow him on several occasions with subsidies and credit to foment production.

The same set of circumstances explains Chávez’s decision to prioritize social programs over economic diversification, which is a long-term proposition. The social programs paid immediate dividends by securing the active support of the popular sectors 15 which took to the streets in reaction to the coup of April 11, 2002. Had Chávez prioritized economic diversification over social goals, the outcome following the 2002 coup may have been different.

In second place, many of these Pink Tide critics base their analysis on an anti-systemic perspective, but fail to give significant weight to the progressive dimensions of the policies that have been implemented. Social programs that generate a sense of empowerment among the popular sectors, a nationalistic foreign policy, state takeover of industries in strategic sectors of the economy and participatory democracy are the key aspects.

AF: You don’t have to be a Marxist to recognize the importance of economics. Isn’t the emphasis on economic factors a strong point in the analysis of these writers?

SE: No, not if the focus on the inability of Pink Tide countries to break out of the grip of the global economy means downplaying the importance of social and cultural changes. Some leading Marxists have envisioned change in a broader sense. Antonio Gramsci and György Lukács, for instance, defended the concepts of hegemony and totality whereby systemic transformation is a holistic process that occurs over a period of time, manifesting itself particularly on the cultural front. Writing in the same vein, the historian E.P. Thompson wrote of transformation as an accumulation of experiences encompassing century- long periods, sometimes replete with political setbacks. These views lend themselves to a positive evaluation of the Pink Tide governments based on a long-term perspective.