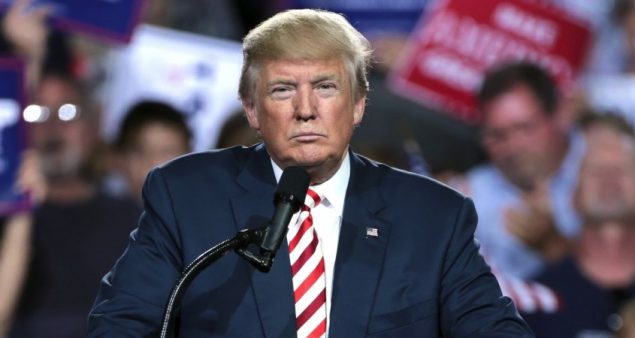 The United States has effectively declared a political coup d’état in Venezuela, from abroad. Trump announced on January 23 that the US recognizes the unelected, illegitimate right-wing opposition leader Juan Guaidó as the supposed new “interim president” of Venezuela’s supposed new “government.”

Venezuela’s US-backed opposition has pledged to carry out a mass privatization of state assets and to implement harsh neoliberal capitalist policies. The opposition-controlled legislatures declared in its “transition” plans that the “centralized model of controls of the economy will be replaced by a model of freedom and market based on the right of each Venezuelan to work under the guarantees of property rights and freedom of enterprise.”

The citizens of Venezuela have suffered for too long at the hands of the illegitimate Maduro regime. Today, I have officially recognized the President of the Venezuelan National Assembly, Juan Guaido, as the Interim President of Venezuela. https://t.co/WItWPiG9jK

The US has also hinted at violence in Venezuela. During a background briefing after Trump’s declaration, journalist Dan Cohen heard a US official declare that if the government of actual President Nicolás Maduro responds with any violence, “They have no immediate future, they have no immediate livelihood. One way or another they have their days counted.”

Bolivian President Evo Morales warned that “the claws of imperialism again seek to fatally wound the democracy and self-determination of the peoples of South America,” adding, “No longer will we be the backyard of the US.”

The US government, its right-wing allies, and an obeisant corporate media have repeatedly referred to Venezuela’s actual president, Nicolás Maduro, as an “authoritarian dictator.” What they have failed to mention is that Venezuela still has regular elections, but the US-backed right-wing opposition, which is notoriously disunited and incompetent, has chosen to boycott these elections, preferring to call for foreign-backed military coups instead.

One of the only elected officials in the US who has spoken out against the coup is left-wing California Congressman Ro Khanna. Other progressive and anti-Trump US politicians, including self-declared “democratic socialists,” have remained silent on Trump’s effective declaration of a coup in Latin America.

While supporters of regime change in Venezuela insist this blatantly undemocratic move is necessary to “defend democracy,” make no mistake, the upheaval is clearly not motivated by resistance to authoritarianism.

Venezuela, which has the world’s largest oil reserves and has challenged the hegemony of the US dollar, has long been a target of US aggression. In 2002, the United States supported a military coup that briefly ousted democratically elected President Hugo Chávez and replaced him with the right-wing oligarch Pedro Carmona. US intervention, including crippling economic sanctions, has only continued since then.

Elements of Venezeula’s opposition have portrayed themselves to credulous foreign observers as “social democratic,” but their real intentions are very clear: The opposition-controlled legislature has demanded mass privatization of state assets and a return to a capitalist oligarch-controlled economic system built on “property rights and freedom of enterprise.”

In 2017, the Venezuelan government declared the creation of the Constituent Assembly, to rewrite the constitution. Venezuela’s opposition refused to recognize this body and boycotted the elections. The opposition instead remained in control of the National Assembly and decided to run it as a separate parallel legislature.

The opposition-controlled National Assembly drafted a “transition” law that openly outlines what policies the opposition, led by Juan Guaidó, would pursue in its illegitimate, US-recognized “government” in Venezuela. Analyst Jorge Martín, explained what this means in an article published by VenezuelaAnalysis:

The model of the opposition’s new coup regime in Venezuela — backed by the US, Canada, and Brazil — is the reimposition of neoliberal capitalism and the recolonization of Latin America. Any bluster about restoring democracy is a mere pretense at this point.