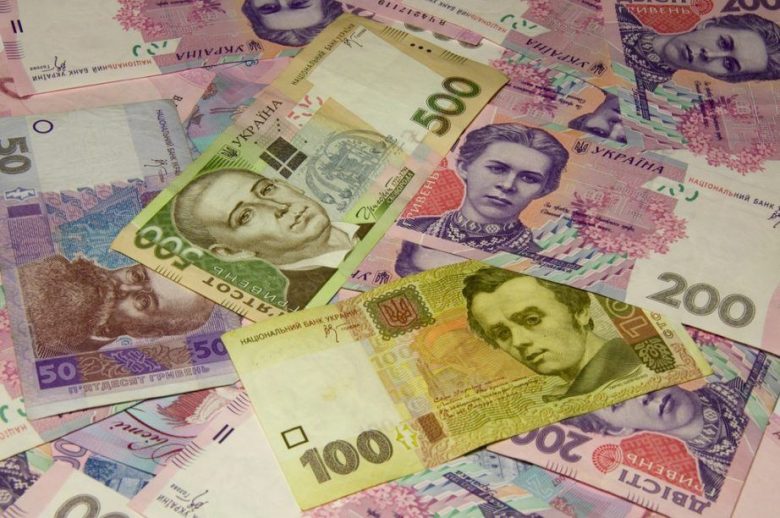 The second of three original posts, this insightful analysis looks at the critical situation confronting Ukraine during August, and reflects on the various demands being made by the IMF and the west; debt, self-inflicted limitations – such as sanctions imposed on Russia; the building of an “agrarian state” and the unsustainable cost all this has imposed on Ukraine’s economy, military, productivity, industrialisation and the country’s economic future.

In August, the situation in Ukraine could be characterized by a looming economic collapse, causing panic among ordinary Ukrainians as well as the authorities. The Ukrainian currency began to devalue sharply, causing prices to rise. There are two main reasons for this development:

However, next year Ukraine will have to pay out even more – up to $12.8 billion on foreign loans. And the total debt of Ukraine amounts $76.29 billion with some 60% of external debt.

As a result the Kiev authorities are desperately asking for new IMF loans to repay the previous ones, though which Kiev has become the second largest IMF debtor, second only to Greece. Unexpectedly, one night in late July, Mike Pompeo, the US Secretary of State, called President Poroshenko and according to the presidential administration demanded that he – the president of a formally independent country – should comply with the IMF’s demands.

The main point of disagreement between Kiev and the IMF is the matter of gas prices. The IMF still insists on raising prices by 60% and reducing most of the state subsidies to poor households. What is particularly hilarious about this demand is that the IMF’s alleged motivation behind this demand is the need “to fight corruption” and “attract foreign investment”. Be that as it may, IMF representatives have made no attempt to explain how freezing poor people could possibly help in the fight against corruption and have failed to provide any justification of how a rise in production costs might attract foreign investment.

Meanwhile, Kiev is impatiently waiting for a new IMF mission in early September, and their decision on whether to make a new loan. Ukraine’s gold and foreign currency reserves are shrinking each month – from $18.8 billion in January to 17.5 billion in July this year. According to the National Bank of Ukraine (NBU) this reason for this happening is mostly due to payments being made to the IMF, as well as other creditors.

Nonetheless, according to a recent investigation published by Germany’s Süddeutsche Zeitung, Ukraine may get even more than IMF loans if it defeats corruption in its custom services. German journalists assert that due to corruption the Kiev government is losing $4.8 billion annually in the customs service alone. According to the German newspaper’s investigation, Ukraine has lost about $14.4 billion since 2015 as a result of corruption in this area.

The Süddeutsche Zeitung journalists probed customs operations at the Kiev and Odessa regional services and uncovered the most prevalent corruption scheme, which allows thousands of tons of goods to be transported through Ukraine at prices much lower than they should be.

The schemes are based on companies mislabelling their imported goods in the customs declarations so that they qualify for much lower customs duties. For instance, cars are being declared as paper boxes, and agricultural machinery as toothbrushes. Furthermore, according to the German journalists, top Ukrainian officials from all branches of power (from police to security services) are involved in these schemes, creating import companies and profiting from them.

Meanwhile, almost all spheres of the state economy face shortages: pension payments for elderly Ukrainians are being delayed; all over Ukraine miners are regularly protesting because of delays in the payment of their wages; contracted military servicemen are breaking their contracts en masse because of low (or unpaid) salaries. As reported in early August, byGeneral Muzhenko, Ukraine’s Chief of Staff, since the beginning of the year some 11,000 military servicemen have already left the army because of low salaries and 18,000 are likely to leave before the end of the year.

The Ukrainian military command has demanded that the government raises military spending by some $4 billion for the coming year but it is unlikely that Kiev will be able to satisfy these demands without significant external financial aid. According to reports in the press service of the Ukraine’s State Treasury, the Ukraine’s public budget deficit for the first six months of the year amounted to 9.78 billion hryvnia (Ukraine’s currency). At the same time, the internal debt of the Ukraine’s state budget amounts 39 billion hryvnia.

The Ukrainian economist, Alexey Kusch, claims that the main reason for this indebtedness is the inflated expectations of those who planned the public budget, since meeting the planned spending would require at least a 10% GDP rise in 2018, but such a rise could not happen in a deindustrialized country.

In other words, the government cannot make ends meet and the problem is not temporal but rather structural and permanent. It is anticipated that the IMF and the government will mainly cut social spending – pension payments and healthcare spending for the most part.

Unpaid salaries and pensions undoubtedly lead to a lower intensity of business activity in the country, as people who don’t get paid are not in a position to spend money or buy goods.

The government therefore appears to be between a rock and hard place: meeting IMF demands some months prior to the presidential elections (scheduled in 2019) undermines the possibility of re-electing the current president or any of the top officials. But a rejection in meeting the IMF demands or defaulting may lead to the Western sponsors’ discontent. Faced with a choice of the discontent of Ukrainians and the discontent of Western sponsors, the Kiev authorities may well prefer to betray their citizens.

Prospects for Ukrainian exports appear to have reached a dead end: Ukraine’s self-imposed sanctions against Russia, cutting its own export potential; the EU imposing new quotas on agricultural exports from Ukraine, as the EU follows a rather protectionist policy on behalf of its farmers; the US also reducing exports from Ukraine in line with Trump’s protectionist policies.

Furthermore, the internal Ukrainian market continues to shrink as a consequence of the mass migration of the labour force and unpaid salaries/pensions. This month, for instance, Ukrainian grain exporters have demanded that they sell virtually all of Ukraine’s grain abroad, since there are comparatively higher grain prices on the world markets. When responding to accusations of their attempt to leave the country without bread, Ukraine’s grain exporters claim that the country’s bread consumption has lowered sufficiently, since some “8-10 million Ukrainians have migrated”.

Since 2013, grain is becoming our main export product. How much does a tonne of steel cost and a tonne of grain? The difference is significant. Once we had an industrial economy, and now – an agrarian one. That’s why the result is as follows. The fall of gold and foreign currency reserves is a consequence of the specific state policy oriented to agrarian production”.

Thus, the prospect of taking on a new loan may only delay economic collapse – delaying it by a few months. Some Ukrainian opposition leaders claim that the aim of the Kiev government is to leave the treasury empty and exit the country soon, passing on all the debts and problems, and a ruined economy to a new government – for them to solve.

No place for the Kiev economy to grow

In August, Ukraine celebrates its Day of Independence. And it is noteworthy that this is characterized by the increasing likelihood of it losing its independence. It is the demand by the US authorities to raise prices. Moreover, in August, the US authorities criticized Kiev for selling 20 air-engines to China, as part of a deal signed in 2016. In other words, the Western partners of Ukraine refuse to buy Ukrainian goods, protecting their own producers, while forbidding the country to trade with other nations. At the same time, Ukraine has withdrawn from the Russian market, imposing sanctions against Russia that merely undermines the Ukrainian economy.

This dead-end for the Kiev economy doesn’t leave any space for it to grow. In fact, Ukraine has lost most of its industry capacity, becoming nothing more than a supplier of cheap raw materials (like timber), unprocessed grain and ferrous metal. Meanwhile, the country is importing high value-added products, similar to those that to a large extent were produced domestically just a few years ago. This tendency is more characteristic of a colonial type of economy, regardless of any formal symbols of Ukraine’s celebrated independence.