Unipolar governance of the multipolar world 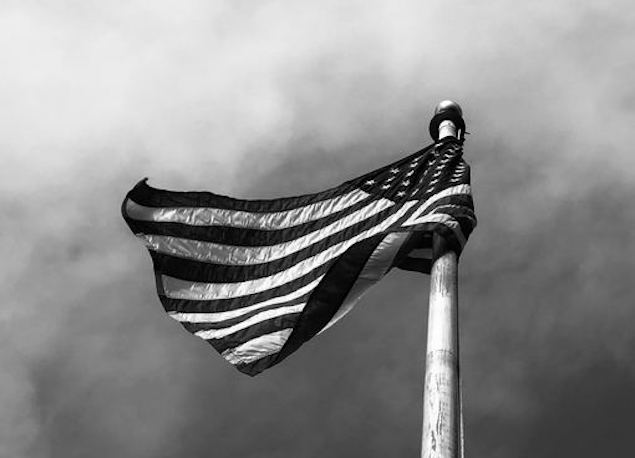 The existence of the expanding multipolar world side-by-side with the enduring or resistant unipolar world is only superficially paradoxical. In reality it is entirely in accordance with the logic of socio-economic developments of the global capitalist system of our time: Whereas the rising poles of economic development are largely geography- or nation-based, the persisting unilateral governance of this evolving global economic landscape tends to be mainly class-based, which remains largely in the hands of the plutocratic rulers of the United States in collaboration with their class allies worldwide, including allies in the emerging economic and military powers.

The emergence in recent years of the economic and military powers in countries like China, Russia and India has given rise to theories and hopes of a multipolar world that could temper the heavy-handed unilateral/unipolar policies of the United States on a global level. Such hopes are further buoyed by the fact that these rising poles of economic development have instituted a number of regional international organizations such as the Shanghai Cooperation Organization (SCO), the China-sponsored Belt and Road Initiative (BRI), and the Eurasian Economic Union that incorporates Armenia, Belarus, Kazakhstan, Kyrgyzstan and Russia.

Despite these propitious developments, however, the ruling elites of these rising powers tend to flinch from more vigorously countering or standing up to the unilateral economic and other imperialistic interferences of the U.S. in their domestic and international affairs. Thus, while many of the world economies are developing in a multipolar direction, the governing mechanism of the global economy remains heavily under the unilateral influence of the United States.

How do we explain these paradoxical developments: an evolving multipolar world side-by-side with an insufficient challenge to the unilateral/unipolar policies of the Unites States, especially in major economic areas such as trade, investment and finance; as well as in critical areas such as unilateral economic sanctions and imperialistic schemes of regime change?

The existence of the expanding multipolar world side-by-side with the enduring or resistant unipolar world is only superficially paradoxical. In reality it is entirely in accordance with the logic of socio-economic developments of the global capitalist system of our time: Whereas the rising poles of economic development are largely geography- or nation-based, the persisting unilateral governance of this evolving global economic landscape tends to be mainly class-based, which remains largely in the hands of the plutocratic rulers of the United States in collaboration with their class allies worldwide, including allies in the emerging economic and military powers.

Indigenous oligarchic circles of the rising economic and military powers (that are sometimes called comprador bourgeoisie) are connected to their class allies in the core capitalist countries both informally and formally, through global economic/financial institutions and organizations such as the World Bank, IMF, WTO, G7, G20, and the like. Wealthy elites of these emerging powers have more in common with their elite counterparts in the U.S. and other core capitalist countries than their fellow citizens at home. “Whether they maintain primary residences in New York or Hong Kong, Moscow or Mumbai, today’s super-rich are increasingly a nation unto themselves,” points out Chrystia Freeland, Global Editor of Reuters, who travels with the elites to many parts of the world.

This helps explains social polarization and/or national disunity in countries like China, Russia and Iran: The outward-looking, West-oriented plutocratic forces on the one hand, and the inward-looking, populist/nationalist/anti-imperialist forces that demand national or local solutions to socio-economic problems on the other. By the same token, it also explains why anti-imperialist forces in these countries are often stymied in their resistance to the heavy-handed economic sanctions and other financial pressures by the Unites States and its allies.

It further helps explain why despite the fact that worldwide technological and industrial developments have created poles of economic power in various parts of the world, global economic governing mechanism remain largely in the hands of the “global nation of the super-rich.” This global governing system is put in place and made operational through such powerful financial institutions as the Bank of International Settlements (BIS), which is owned and controlled by the central banks of major economic powers, the International Monetary Fund (IMF), and the Society for Worldwide Interbank Financial Telecommunication (SWIFT), which consists of a network of major global financial institutions that monitor and control information about financial transactions worldwide.

Neoliberal version of capitalism is the shared economic philosophy of the ruling elites worldwide. This economic outlook, which is increasingly being adopted by many governments around the world, has played havoc on the living conditions of the overwhelming majority of world citizens. It maintains that economic safety-net programs in favor of the needy, environmental and market regulations, work place or labor standards, and the like are sources of inefficiency and economic decline. It also views public spending on health, education, housing, transportation, and infrastructural projects not as investments in the long-term development and prosperity of society but as pure costs that must be cut or minimized.

Sadly, the religious-like faith in the neoliberal doctrine has also been embraced by economic advisors to sovereignty-aspiring nationalist/populist leaders in countries such as Russia, China and Iran. While these nationalist leaders seek to resist (albeit, in an ambivalent and half-hearted manner) economic sanctions and other imperialistic interferences in the affairs of their countries, their neoliberal economic advisors tend to make such resistance ineffectual by issuing dependency-prone or sovereignty-defying economic prescriptions. Trained (or brainwashed) in the neoliberal school of economic thought, these economists insist that there are no alternative development models to neoliberal economics; and that the way forward for the emerging and/or belatedly developing countries is to follow the pattern of neoliberal development.

In a real sense, neoliberal prescriptions of these economic “experts” are more potent in undermining national sovereignty of the rising poles of economic development than the ominous power of the imperial military forces. Instead of trying to fashion substitute currency reserves to the U.S. dollar, for example, or establish alternatives the currently dominant (and domineering) SWIFT system of international financial transactions, these economists argue that economic development and social progress of their countries lie solely in their integration into the neoliberal system of global capitalism. Policy and/or political implications of these economic prescriptions are unmistakable: it is futile to try to chart alternative development paths to the current global economic-financial system of neoliberalism—hence, the persistent or continuing unipolar global governing system, or guiding economic strategy, of the multipolar economic landscape of our world.

Ismael Hossein-zadeh is Professor Emeritus of Economics (Drake University). He is the author of Beyond Mainstream Explanations of the Financial Crisis (Routledge 2014), The Political Economy of U.S. Militarism (Palgrave–Macmillan 2007), and the Soviet Non-capitalist Development: The Case of Nasser’s Egypt (Praeger Publishers 1989). He is also a contributor to Hopeless: Barack Obama and the Politics of Illusion.