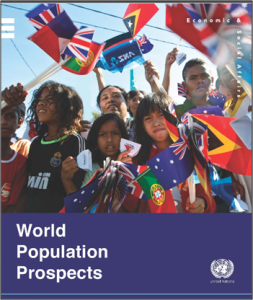 The Department of Economic and Social Affairs, Population Division, of the United Nations has published a 66-page report examining the outlook for the growth of the world’s population. The report is titled, ‘World Population Prospects’.

Among the many statistical charts reporting on all the countries of the world is one (beginning page 24) listing expected population growth from 2015 to the years 2030, 2050 and 2100. (Pdf of report: World Population Prospects, 2015)

Forty-eight countries or areas are projected to experience population declines between 2015 and 2050, many of which are in Europe. Twelve of those countries are expected to see their populations decline by more than 15 per cent by 2050, including Japan, Bosnia and Herzegovina, Bulgaria, Croatia, Hungary, Latvia, Lithuania, Republic of Moldova, Serbia, Romania, Poland and Ukraine. The latter three countries are projected to have particularly sharp drops. 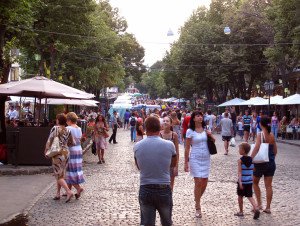 Other European countries expected to see population decline include Spain, Italy, Greece, Germany and Portugal. Overall, the UN report projects a rise in the world’s population from 7.2 billion people today to 9.7 billion in 2050 and 11.4 billion in 2100.