A popular gathering of Bessarabian residents in the Odessa Region of Ukraine has elected a people’s governor, Aleksandr Yankov, to protect them from the Kiev authorities and newly-appointed regional head ex-Georgian president Mikheil Saakashvili.

The so-called veche was organized in the Kominternovsky district of the Odessa Region on Wednesday by the People’s Parliament of Bessarabia, which is pushing for Bessarabia to be granted the status of national and cultural autonomy. 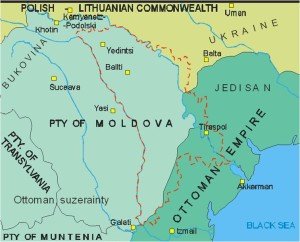 Bessarabia is a historic eastern European region between the Dniester and Prut rivers that now mostly belongs to Moldova, with its southern regions bordering the Black Sea being part of Ukraine.

The people at the gathering were holding banners, reading “Down with [Ukrainian president Petro] Poroshenko,””We stand for a free Bessarabia,””Saakashvili, go home,” and “Saakashvili, stop lying,” among others. 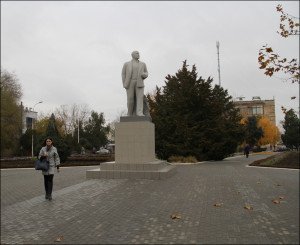 During the veche, Aleksandr Yankov, who used to be a senior investigator in the Odessa Prosecutor’s Office, was elected as Bessarabia’s People’s Governor.

The leader of the People’s Parliament of Bessarabia, Vera Shevchenko, has fully backed Yankov’s appointment as People’s Governor.

Shevchenko missed out on the veche due to being on hunger strike to protest repressions by Kiev authorities against opposition activists.

The appointment of the former Georgian president, Mikhail Saakashvili, as the Odessa governor in late May has angered many in the region.

Saakashvili, who was Georgia’s leader from 2004 to 2013, is on the wanted list in Georgia for embezzlement, abuse of power and politically-motivated attacks. His presidency is also remembered for the South Ossetia War in August 2008 when the Georgian military was ordered to attack Russian peacekeepers and shell the capital of the breakaway republic of South Ossetia, Tskhinval.

Saakashvili has been a long-time supporter of the current Kiev administration, ever since its heads were leaders of the Maidan movement, which toppled then-Ukrainian President Viktor Yanukovich in a February 2014 coup.

Since taking charge of the Odessa Region, Saakashvili gave up his Georgian citizenship and appointed Russian opposition figure Maria Gaidar as his deputy, with both decisions causing uproar in Georgia and Ukraine.

Kiev’s repression of anti-fascism in Odessa, by Eric Draitser, Counterpunch, May 27, 2015