KYIV–Ukrainian Finance Minister Oleksandr Danylyuk has conceded that the government’s failure to launch a new electronic system of income declaration for state officials – widely regarded as instrumental in eliminating corruption among bureaucrats – is hampering the release of the third tranche of a $17.5bn support programme agreed with the International Monetary Fund (IMF) in 2015. 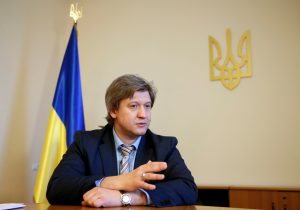 According to the minister, if the IMF does not resume the cash disbursements, Ukraine will also fail to receive $1bn in US loan guarantees, €1.2bn in macro-financial support from the EU, as well as loans from international donors for the purchase of natural gas during the upcoming winter season.

On the bright side, “If the system is fully launched by September 1 [in accordance with the orders of Ukrainian President Petro Poroshenko], there should not be any problems [with the resumption of IMF funding],” Danylyuk said in an August 22 interview with the Ekonomichna Pravda online outlet. “We could expect to receive the tranche in September.”

But the minister’s optimism seems more of a bid to put a brave face on a sorry situation: instead of a clear path toward the elusive IMF billions, the government is likely to face only further obstacles as its opponents become more emboldened.

On September 12, a Kyiv court will resume hearing a lawsuit filed by former Ukrainian prime minister Yulia Tymoshenko, the head of the Batkivshchyna (Fatherland) parliamentary faction, in which the opposition leader demands that the authorities cancel a sharp rise in utility tariffs imposed in July.

The move stems from the government’s approval in April of a single gas price for households and industry in Ukraine, which was aimed at meeting IMF requirements for energy reform in the country. “[The move is] market positive, should help get the IMF programme back on track, and further helps reduce the budget, energy and current account deficits,” emerging market strategist Timothy Ash of Nomura International commented at the time.

However, Tymoshenko has consistently argued against the tariffs over the past year, and her strategy has borne fruit – the politician and her party have taken the lead in the opinion polls, which say they would win both the presidential and parliamentary elections if held now. 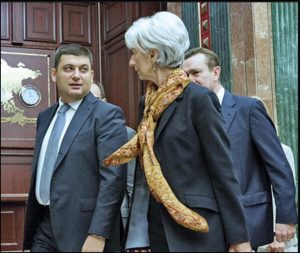 Prime Minister Volodymyr Groysman could hardly contain himself over Tymoshenko’s rhetoric. “This is utter rubbish,” he boiled over during a session of parliament in mid-July, branding the Batkivshchyna leader’s criticism of the cabinet over its tariff policy “rabid populism”.

But Tymoshenko is not alone in her battle against the IMF-compliant initiatives of the government. The municipal authorities of Kyiv, Ukraine’s third largest city of Dnipro and the north-western city of Zhytomyr have imposed moratoriums on utility tariff hikes. The council of the western city of Lviv also recently adopted a statement in which they called the new tariffs “unconstitutional and unfair”.

Meanwhile, the corruption issue and the government’s failure to tackle it are also not going away. “I don’t think [IMF Managing Director Christine] Lagarde was playing around when earlier this year she very clearly stated to the government that IMF funding cannot continue without a clear effort by Kyiv to fight corruption and improve governance,” Mark McNamee, a London-based analyst at Frontier Strategy Group, tells bne IntelliNews. “The inability to approve and implement reform is therefore very serious and is the explanation for this further delay in funding.”

The IMF “is well aware” that they are the primary force preventing Ukraine from devolving back towards the pre-Euromaidan form of governance. “By dangling funding that is critical for the country’s long-term development, the IMF will continue to seek to draw out reforms little by little over time and slowly reward the government with drips of cash,” McNamee believes.

The populism of political rivals is not the only problem facing Groysman and his government. In July, Ukraine’s parliament, the Verkhovna Rada, closed its session without adopting the bills that would smooth the release of more than $3bn being withheld by the IMF. And there is little doubt that it will be a tall order for the cabinet to secure the necessary minimum number of votes for its unpopular economic initiatives when the Rada opens its next session in September.

Over the past eight months, President Poroshenko sealed backroom deals with oligarchs and former allies of ousted ex-president Viktor Yanukovych in order to secure votes in parliament. In particular, the president and his allies successfully secured the support of such parliamentary groups as Vidrodzhennia (Revival), which includes former associates of Yanukovych, and Volia Narodu (The People’s Will), which was created mainly by representatives of local elites and businessmen tied to the gas industry.

However, the potential support of Volia Narodu is highly questionable after the parliament sanctioned in July the criminal prosecution, detention and arrest of Oleksandr Onyshchenko, one of its leaders. He is allegedly involved in the embezzlement of state-owned gas with the participation of state-owned company Ukrgazvydobuvannia. Onyshcheno subsequently said he is seeking political asylum in the UK.

Volia Narodu predictably voted against the parliament’s motion concerning the politician in July. The group’s position was also supported by lawmakers from Vidrodzhennia, revealing more cracks in Poroshenko’s assembled support base.

McNamee anticipates that the IMF will disburse less than the initially agreed third tranche of $1.7bn later this year. “Likely it will be around $1bn in the fourth quarter of this year after Ukraine makes some additional reforms. Economic realities will help to ensure this while it remains in nearly every politician’s and oligarch’s interest to see continued funding, even at the cost of implementing some reforms,” the expert says.

At the same time, Alexander Valchyshen, head of research at Kyiv-based brokerage Investment Capital Ukraine, believes that the next IMF tranche will likely arrive in the autumn. “That means that Ukraine will obtain only one tranche in 2016,” he tells bne IntelliNews.

According to Valchyshen, Ukraine needs the resumption of IMF funding even though its international reserves reached their highest level in two years at $14.1bn, which is equal to 3.6 months’ of import cover. “The funding is necessary for support of the balance of payments,” he says.