By Glenn Greenwald, published in The Intercept, Oct. 6 2016

In 2010, Israel’s then-defense minister, Ehud Barak, explicitly warned that Israel would become a permanent “apartheid” state if it failed to reach a peace agreement with Palestinians that creates their own sovereign nation and vests them with full political rights. “As long as in this territory west of the Jordan River there is only one political entity called Israel, it is going to be either non-Jewish, or non-democratic,” Barak said. “If this bloc of millions of ­Palestinians cannot vote, that will be an apartheid state.” 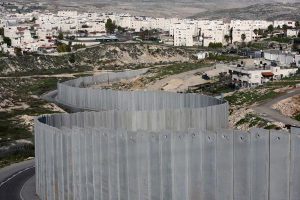 Honest observers on both sides of the conflict have long acknowledged that the prospects for a two-state solution are virtually non-existent: another way of saying that Israel’s status as a permanent apartheid regime is inevitable. Indeed, U.S. intelligence agencies as early as 45 years ago explicitly warned that Israeli occupation would become permanent if it did not end quickly.

All relevant evidence makes clear this is what has happened. There has been no progress toward a two-state solution for many years. The composition of Israel’s Jewish population — which has become far more belligerent and right-wing than previous generations — has increasingly moved the country further away from that goal. There are key ministers in Israel’s government, including its genuinely extremist justice minister, who are openly and expressly opposed to a two-state solution. Israel’s Prime Minister Benjamin Netanyahu has himself repeatedly made clear he opposes such an agreement, both in words and in deeds. In sum, Israel intends to continue to rule over and occupy Palestinians and deny them self-governance, political liberties, and voting rights indefinitely.

Whether despite this aggression and oppression, or because of it, the Obama administration has continually protected Israel with unstinting loyalty and lavished it with arms and money. This rewarding of Israeli behavior culminated in the administration’s announcement just three weeks ago that it has signed a “memorandum of understanding” to significantly increase the amount of money the U.S. gives to Israel every year, even though Israel was already by far the biggest recipient of U.S. aid. Under this agreement, the U.S. will give Israel $38 billion over 10 years, by far a new record for U.S. aid commitments, even though Israeli citizens enjoy all sorts of state benefits that Americans (whose money is being given to Israel) are told are too costly for them, including universal health care coverage, and tout superior life expectancy and infant mortality rates.

This week, with its fresh new $38 billion commitment in hand, the Israeli government announced the approval of an all new settlement in the West Bank, one that is particularly hostile to ostensible U.S. policy, the international consensus, and any prospects for an end to occupation. The new settlement, “one of a string of housing complexes that threaten to bisect the West Bank,” as the New York Times put it this morning, “is designed to house settlers from a nearby illegal outpost, Amona, which an Israeli court has ordered demolished.” This new settlement extends far into the West Bank: closer to Jordan, in fact, than to Israel.

In response to this announcement, the U.S. State Department yesterday issued an unusually harsh denunciation of Israel’s actions. “We strongly condemn the Israeli government’s recent decision to advance a plan that would create a significant new settlement deep in the West Bank,” it began. It suggested Netanyahu has been publicly lying, noting that the “approval contradicts previous public statements by the government of Israel that it had no intention of creating new settlements.” The State Department invoked the aid package the U.S. just lavished to describe it as “deeply troubling, in the wake of Israel and the U.S. concluding an unprecedented agreement on military assistance designed to further strengthen Israel’s security, that Israel would take a decision so contrary to its long-term security interest in a peaceful resolution of its conflict with the Palestinians.”

Much of that, while a bit more rhetorically clear than usual, is par for the course: The U.S. — in vintage Obama fashion — issues pretty, pleasing statements claiming to be upset at Israel’s settlements while taking continuous actions to protect and enable the very policies Obama pretends to oppose. But the State Department denunciation yesterday was actually notable for what amounts to its stark and explicit acknowledgement — long overdue — that Israel is clearly and irreversibly committed to ruling over the Palestinians in perpetuity, becoming the exact “apartheid” state about which Barak warned:

Israelis must ultimately decide between expanding settlements and preserving the possibility of a peaceful two state solution. Since the recent Quartet report called on both sides to take affirmative steps to reverse current trends and advance the two state solution on the ground, we have unfortunately seen just the opposite. Proceeding with this new settlement is another step towards cementing a one-state reality of perpetual occupation that is fundamentally inconsistent with Israel’s future as a Jewish and democratic state. Such moves will only draw condemnation from the international community, distance Israel from many of its partners, and further call into question Israel’s commitment to achieving a negotiated peace.

So Israel — in the words of its most loyal benefactor — is moving inexorably “towards cementing a one-state reality of perpetual occupation” that is anti-democratic: i.e., the equivalent of apartheid. And the leading protector and enabler of this apartheid regime is the U.S. — just as was true of the apartheid regime of the 1980s in South Africa.

Worse still, the person highly likely to be the next U.S. president, Hillary Clinton, has not only vowed to continue all this but to increase U.S. protection of both Israel generally and Netanyahu specifically; indeed, her only critique of U.S. policy is that it has been insufficiently loyal to Israel. Her leading opponent, Donald Trump, early on spouted a bit of off-the-cuff dissent on Israel policy but since then has snapped fully into line. The utter lack of political dissent about all of this in the U.S. political class is reflected by the fact that the only opposition to the $38 billion aid package came from U.S. senators who — echoing Netanyahu — were angry that it was not even more generous to Israel on the backs of American citizens. In sum, unstinting support for an apartheid Israel is the virtually unbroken consensus among U.S. political elites.

Worst of all is that U.S. political orthodoxy has not only funded, fueled, and protected this apartheid state, but has attempted to render illegitimate all forms of resistance to it. Just as it did with the African National Congress and Nelson Mandela, the U.S. denounces as “terrorism” all groups and individuals that use force against Israel’s occupying armies. It has formally maligned non-violent programs against the occupation — such as the boycott, divestment, and sanctions movement — as bigotry and anti-Semitism (a position Clinton has advocated with particular vehemence), and that boycott movement has been increasingly targeted throughout the West with censorship and even criminalization. Under U.S. political orthodoxy, the only acceptable course for Palestinians and supporters of their right to be free of occupation is complete submission.

Even as Western consensus continues to revere the most stalwart supporters of South Africa’s apartheid regime — Ronald Reagan, Margaret Thatcher, Shimon Peres — it at least now regards apartheid itself in that country as a historic disgrace. History should regard those enabling Israel’s own march to permanent apartheid in exactly the same light. The most aggressive and consistent enablers of this apartheid are found at the top of the U.S. political class.

Why Israel should not exist, commentary by Garry Leech, published in CounterPunch, May 19, 2015

The ‘one state’ solution for Israel, Wikipedia 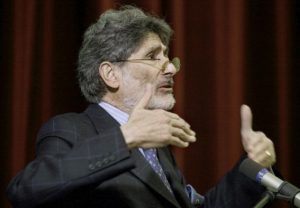 … Since 1999, interest has been renewed in binationalism or a unitary democratic state. In that year the Palestinian activist Edward Said wrote: “… after 50 years of Israeli history, classic Zionism has provided no solution to the Palestinian presence. I therefore see no other way than to begin now to speak about sharing the land that has thrust us together, sharing it in a truly democratic way with equal rights for all citizens.”

The New York Times editorial board has realized, about a decade too late, that Prime Minister Benjamin Netanyahu does not care what the Obama administration — or any U.S. administration, for that matter — thinks about his policies regarding the Palestinians…

(+972 Magazine is a blog-based web magazine that is jointly owned by a group of journalists, bloggers and photographers whose goal is to provide fresh, original, on-the-ground reporting and analysis of events in Israel and Palestine. )