Turkey goes its own way 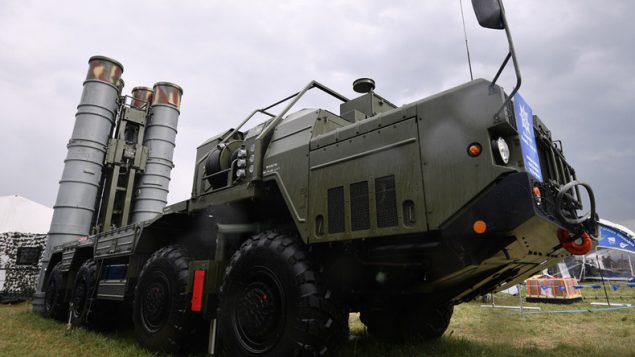 In this, his second article written exclusively for the New Cold War website, Stepan Antonov considers the history behind the deteriorating relationship between Turkey and the US. A situation that has culminated in Turkey’s decision to purchase the S 400 defence system from Russia, despite threats and ultimatums from Washington, and the NATO chief’s reaction as the training for Turkish pilots in the F 35 programme is halted. Could it be that Turkey is finally gaining independence from the US?

Three years have passed since that night in mid-July 2016 when a faction of the Turkish Air Force tried to overthrow the government of President Erdoğan. The attempted coup failed miserably within a few hours, with the citizens of Istanbul responding to a call by the president himself, to take to the streets to stop the rebel tanks.

However, the consequences of the failed coup have been very harsh. More than 200 died on the night itself and the ensuing repression has led to the arrest and in some cases detention of tens of thousands of people. Many of these are intellectuals, academics, officials and journalists, accused by the Turkish government of being the fifth column of Fethullah Gülen. A United States resident since 1999 and once Erdoğan’s closest ally, since 2013 Gülen has been his most ardent enemy and is accused of having plotted the coup.

But there was another consequence of the failed overthrow, a development with possibly even larger implications for the country than the hundreds of dead and tens of thousands of arrests. That night became a turning point for Turkey’s system of alliances. Despite many differences and probably a bit optimistically, Turkey had been regarded, at least at the time of the “Arab Springs” in 2011, as a beacon of Western values in the Middle East and a trusted NATO ally, whose member Turkey has been since the 1950s. The first cracks in the image of a Turkish model democracy began to appear already in 2013, with the Gezi Park protests, that lasted more than two months and saw the participation of millions of people. The protests, however, as it often happens, lost momentum and dissolved, amid police repression, and brought no changes.

Turkey had been heavily involved in the Syrian conflict almost since the very beginning. The Free Syrian Army, a group of Syrian defectors, was formed directly under Turkish intelligence guidance and trained on the country’s territory. In spite of having had a good relationship with Assad during the previous decade, Erdoğan was one of the most vocal leaders calling for the Syrian president’s demise. Initially, Turkey and the United States shared the same goal: “Assad must go”, as President Obama put it. But Assad did not go and the Syrian conflict turned out to be a bit more complicated than predicted, with new unexpected actors radically altering the developments on the ground in unexpected ways: the aborted US intervention in 2013; after the gas attack in Ghouta; the emergence of the Islamic Caliphate in 2014; and Russia’s direct intervention in 2015.

Russia’s presence in Syria also played a key role in shaping Turkey’s course, although nothing in of this was foreseeable or even imaginable at the time. When Turkey shot down a Russian fighter jet over Syria in 2015, it looked for a couple of days as if Russia and Turkey might go to war. Turkey called for an immediate NATO summit, but allegedly was told not to overreact to minor airspace violations. In a way, it felt betrayed by NATO. But that was just the beginning.

After the failed July 2016 coup Turkey repeatedly requested the extradition of Fethullah Gülen, a request that the United States assiduously ignored. But this is only a symptom of the division between Turkey and the US, at the core of the new rift between the two largest NATO armies there are also deeper and more fundamental geostrategic concerns. If, for example, at the dawn of the Arab Spring in 2011 and the Syrian civil war, Turkey and the West appeared to have compatible objectives, after eight years of war, America and Turkey could not have adopted be on more different positions.

It can be argued that Russia’s intervention of 2015 rescued Assad from what had seemed an extremely precarious situation. With the Free Syrian Army crumbling under the weight of extreme factional differences, the most effective US allies in Syria became the YPG Kurdish militias, an organization that Ankara considers to be closely tied to the PKK Kurdish Labour Party and hence, just like the PKK, a terrorist group. Turkey is highly sensitive to the question of a possible Kurdish proto-state, be it in Syria or Iraq and in fact fears that an internationally recognized Kurdish entity could destabilize its own South Eastern region, where the concentration of Kurds is very high, even more. Here, for years, Turkey has been facing a conflict of medium-low intensity, which could easily become a civil war if the Kurdish rebels in Turkey could count on the support of an independent state across the border. And, if such a state enjoyed American support, this would become a nightmare scenario for Turkey and one on which the Turks are not willing to negotiate. Until now America has refused to recognize the independence of a Kurdistan, even in Iraq, where the Northern region of Kurdistan had effectively been outside of the reach of the central government of Saddam Hussein since the 1990s, when a no-fly zone was imposed after the 1991 Gulf War.

On the other hand, the United States’ nightmare is that Turkey turns into a fifth Russian column within the Atlantic alliance. While Russia is said to have informed Erdoğan about the attempt to overthrow (and assassinate) him on the night of the failed coup, rumours subsequently circulated that the US could have recognized the new Turkish government, if the coup had been successful. After all, in Turkey changes of power inspired by the military had never been rare, and the last dates back to 1997, only a little over two decades ago. Traditionally, however paradoxical it may seem, the army was considered the ultimate defender of Turkish democracy, of the Kemalist spirit of secularism against the obscurantist forces of a revival of political Islam.

The United States had on several occasions tried to dissuade Ankara from purchasing arms from Russia, NATO’s enemy of choice at its inception and over the last five years. The US threatened to exclude Turkey from the allocation of new F 35 fighter jets. All in vain, however, because by now Erdoğan and many in the Turkish establishment do not consider the United States as a reliable partner, and this has nothing to do with the proverbial fickleness of President Trump. The renewed threats of sanctions by the United States, following the ones imposed last year in connection to American pastor Andrew Brunson, imprisoned in Turkey following allegations of participation in terrorist activities, did nothing to reconcile the atmosphere.

From an economic perspective, sanctions as a punishment for the purchase of the S-400 anti-aircraft missiles from Russia could do a lot of harm to the Turkish economy, but Erdoğan is unlikely to bow to US requests at this point. Turkey seems to have grasped that its interests in the region do not necessarily correspond to the orders preferred by the United States, but it is likely to be aware of the fact that even today NATO needs Turkey more than Turkey needs NATO, especially after NATO refused to support Turkey in its dispute against Russia. So Ankara knows that it can test the limits of American tolerance, without necessarily risking serious consequences, in terms of being excluded from the alliance.

The White House has announced Turkey will be excluded from the new fighter jet F-35 programme. This does not mean, however, institutional relations with the United States and the NATO security umbrella the US leads will have to be damaged beyond repair. Turkey is, from the perspective of the West, simply too important for the security balance of the Middle East to be thrown overboard without careful thought. “Turkey is an important NATO member,” said NATO Secretary Stoltenberg at the Aspen Security Forum in Colorado. “As long as that issue’s not solved, we need to minimize the negative consequences. Turkey’s membership in NATO runs ‘much deeper’ than the F-35 programme and the S-400.”