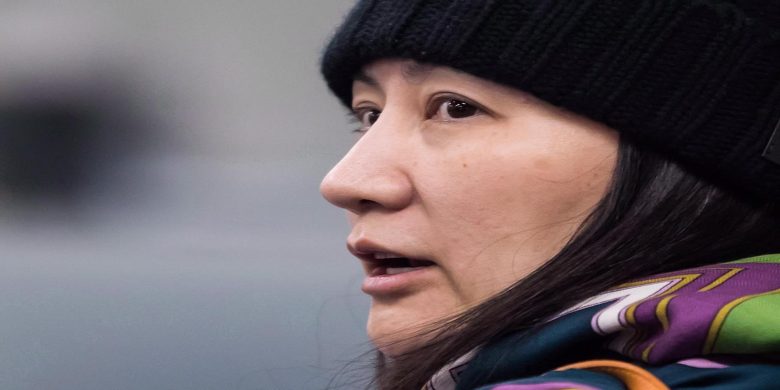 Huawei chief financial officer Meng Wanzhou, talks with a member of her private security detail after they went into the wrong building while arriving at a parole office, in Vancouver on Wednesday, Dec. 12, 2018. THE CANADIAN PRESS/Darryl Dyck

Gary Botting, an expert on Canadian extradition law, was recently interviewed by Carole MacNeil on CBC News, during which he said that Justice Minister has discretionary power under the act to free Meng Wanzhou without having to wait for courts to decide the question of extradition. He points out that the US could have waited until her arrival in Mexico rather than request Canada to arrest her while in transit through the country. He said the minister had the authority to decline the US’s request. He believes that Canada received the arrest request and felt obliged to obey.

Prime Minister Justin Trudeau has reaffirmed Canada’s commitment to the rule of law following Donald Trump’s declaration that he might intervene in charges against a top Chinese corporate executive who was arrested in Vancouver.

The U.S. president raised new questions about Canada’s role in the growing tensions between two superpowers when he told Reuters in an interview that he could step into the case against Huawei chief financial officer Meng Wanzhou if it would help him forge a trade deal with China.

“Whatever’s good for this country, I would do,” Trump said in an interview. “If I think it’s good for what will be certainly the largest trade deal ever made — which is a very important thing — what’s good for national security — I would certainly intervene if I thought it was necessary.” 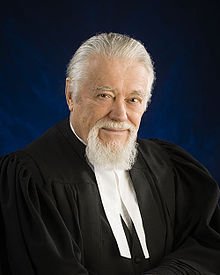 British Columbia extradition lawyer Dr. Gary Botting tells AdvocateDaily.com that the U.S. can withdraw its requests for extradition and a provisional warrant at any time.

“One letter from the U.S. Department of Justice to the Canadian DOJ would be all that it takes. So Trump’s declaration is hollow,” says Botting, principal of Gary N.A. Botting, Barrister and Solicitor. “He should be intervening with his own administration to stop the extradition process before it even begins.”

He says it is important to note there is currently no extradition request from the United States to Canada.

“Justice [William] Ehrcke made it clear that he is not seized of the case in any way,” Botting says. “The United States has 60 days from the time of the arrest to complete its application by filing a certified Record of the Case — if that’s what it chose to do. The Minister of Justice [Jody Wilson-Raybould] then has 30 days to decide whether to issue an Authority to Proceed (ATP). If no ATP is issued, a judge must discharge Ms. Meng. End of story.”

Trump’s comments will intensify the scrutiny of Canada’s role in the U.S.-China standoff.

“Regardless of what goes on in other countries, Canada is — and will always remain — a country of the rule of law,” Trudeau told reporters in Ottawa on Wednesday.

Botting tells AdvocateDaily.com Trump’s “declaration” makes this matter political, and subject to the political exception rule of the Extradition Treaty.

“The minister of justice here could and should use this as an indication that it would be unsafe to issue an authority to proceed, the document that starts the extradition process in Canada. Under s. 14 of the Act, she has complete discretion not to issue an ATP,” he says.

Trump should be more careful not to cast doubt on his administration’s commitment to the rule of law, said Roland Paris, a University of Ottawa international-affairs expert who was Trudeau’s first foreign policy adviser.

“The president’s remark was troubling,” he said. “Canada is acting in good faith, responding to a U.S. extradition request in accordance with the law.”

Ottawa has repeatedly stated the arrest, which has enraged China, is keeping with international laws on extradition and was a response to a lawful request from U.S. law enforcement.

Meng was apprehended in Vancouver on behalf of the United States during a flight transfer while flying from Hong Kong to Mexico.

Botting wonders why the U.S. didn’t wait until she got to Mexico, where it has a working extradition agreement, to have Meng arrested.

“Was it because the U.S. knew that Canada was more likely to comply with their wishes, not realizing the larger implications of arresting someone of such international stature?” he says.

Canada already appears to be paying a price in China.

The Beijing News reported Wednesday that Kovrig “was suspected of engaging in activities that endanger China’s national security.”

The report said Kovrig “was taken by Beijing National Security” on Tuesday and that the case is “currently under review.”

China’s Foreign Ministry insisted it had no information about Kovrig and declined to confirm his detention.

But ministry spokesman Lu Kang said the International Crisis Group, where Kovrig has been a Hong-Kong-based analyst since February 2017, is not registered in China and alleges its activities in the country are illegal.

“I do not have information to provide you here,” Lu said when asked about Kovrig. “If there is such a thing, please do not worry, it is assured that China’s relevant departments will definitely handle it according to law.”

Because Kovrig’s group is not registered as a non-governmental organization in China, “once its staff become engaged in activities in China, it has already violated the law,” Lu said.

Trudeau said Wednesday Canada remains “seized with the case,” and reiterated that Ottawa was in direct contact with Chinese diplomats and representatives over Kovrig’s arrest.

The International Crisis Group said Kovrig was on a regular visit to Beijing when he was taken into custody Monday night by the Beijing Bureau of Chinese State Security, which handles intelligence and counterintelligence matters in the Chinese capital.

One of Canada’s former ambassadors to China — and Kovrig’s boss between 2014 and 2016 — said he has little doubt Kovrig’s arrest came in direct response to the Meng case.

“I can tell you that based on my 13 years of experience in China, there are no coincidences. … The Chinese government wanted to send us a message,” said Guy Saint-Jacques, who was Canada’s top envoy to China from 2012 to 2016.

Active diplomats can be expelled by a host country fairly easily, but since they are protected by diplomatic immunity, arresting and holding one would be extraordinary, he said.

“In this case, it’s getting as close to that as possible,” Saint-Jacques said in an interview with The Canadian Press. “Clearly, they wanted to catch the attention of everyone in Ottawa.”

Over his career, Kovrig served in diplomatic postings for the Canadian government in Beijing, Hong Kong and the United Nations mission in New York. His LinkedIn profile says he worked as the “political lead” on Trudeau’s visit to Hong Kong in September 2016.

A Vancouver judge has released Meng, 46, on $10-million bail and under strict conditions. Meng has denied the allegations through her lawyer in court, promising to fight them if she is extradited.

“Of course, it’s to Ms. Meng’s advantage that she was arrested in Vancouver, where she used to live, has property, and therefore has roots and broad support,” says Botting.

“It is doubtful that she would have been able to make the same arguments for her release in Mexico.”