Published in Jurist, March 16, 2017  (and re-published in Consortium News)

And news report here: Judges in Hawaii, Maryland put Trump’s travel ban on hold, by The Associated Press, March 15, 2017
U.S. president’s own words used as evidence that the order discriminates against Muslims

After a federal district court judge and a unanimous three-judge panel of the Ninth Circuit Court of Appeals ruled on January 28 that Donald Trump’s Executive Order (EO) instituting a travel ban was likely illegal, the president suspended it and issued a new Executive Order on March 6, 2017. 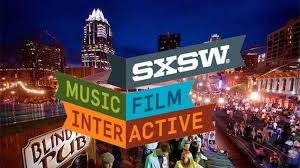 On March 15, a federal judge granted a temporary restraining order in Hawaii v. Trump et al., halting the operation of the new EO nationwide. U.S. District Judge Derrick K. Watson found that plaintiffs met their burden of establishing a strong likelihood of success on the merits of their Establishment Clause claim, that irreparable injury is likely if the requested relief is not issued, and that the balance of the equities and public interest counsel in favor of granting the requested relief.

When the case is heard on the merits, the legality of the new EO, which categorically suspends immigration from six Muslim majority countries to the United States, should be assessed in light of U.S. treaty and customary international law, according to an amicus brief filed in the case.

When the United States ratifies a treaty, it not only makes the U.S. a party to that treaty; it also becomes U.S. domestic law under the Supremacy Clause of the Constitution, which says treaties “shall be the supreme law of the land.” Courts have a duty to restrain federal executive action that conflicts with a ratified treaty.

Customary international law develops from the general and consistent practice of states. It is part of federal common law and must be enforced in U.S. courts, whether or not its provisions are contained in a ratified treaty.

Under the Constitution’s Take Care Clause, the President must “take care that the laws be faithfully executed.” This means Trump has a constitutional duty to comply with our legal obligations under both treaty and customary international law.

“[T]he Immigration and Nationality Act and other statutes must be read in harmony with these international legal obligations pursuant to the Supremacy Clause of the Constitution and long established principles of statutory construction requiring acts of Congress to be interpreted in a manner consistent with international law, whenever such a construction is reasonably possible,” amici argue. “In this case, the international law obligations . . . reinforce interpretations of those statutes forbidding discrimination of the type threatened by Sections 2 and 11 of the EO.”

The International Covenant on Civil and Political Rights

The United States ratified the Covenant on Civil and Political Rights (CCPR) in 1992. Article 2 prohibits “any distinction, exclusion, restriction or preference” based on religion or national origin, which has “the purpose or effect of nullifying or impairing the recognition, enjoyment or exercise by all persons, on an equal footing,” according to the United Nation Human Rights Committee (HRC), the body charged with monitoring implementation of the CCPR.

Article 2 prohibits discrimination against the family as well as individuals. “The family is the natural and fundamental group of society and is entitled to protection by society and the State,” Article 23 says. The HRC has opined that states have an obligation to adopt appropriate measures “to ensure the unity or reunification of families, particularly when their members are separated for political, economic and similar reasons.”

Many immigrants and refugees flee their countries of origin and come to the United States to reunify with their families. The CCPR protects them against discrimination based on religion or national origin.

Amici state in their brief, “Restrictions on travel and entry caused by the EO that impose disparate and unreasonable burdens on the exercise of this right violate CCPR article 2.” According to the HRC, although the CCPR does not generally “recognize a right of aliens to enter or reside in the territory of a State party . . . , in certain circumstances an alien may enjoy the protection of the Covenant even in relation to entry or residence, for example, when considerations of non-discrimination, prohibition of inhuman treatment and respect for family life arise.”

Thus the non-discrimination mandates and protection of family life in the CCPR “should be considered by courts in interpreting government measures affecting family unification,” the brief says.

Article 26 prohibits religious and national origin discrimination and guarantees equal protection in any government measure. These provisions are not limited to individuals within the territory of the state party and subject to its jurisdiction. So immigrants need not be physically present in the United States to enjoy the protection of Article 26.

Moreover, the non-discrimination requirements enshrined in the CCPR also constitute customary international law. In 1948, the United States approved the Universal Declaration of Human Rights [PDF] (UDHR), which is part of customary international law. The UDHR forbids discrimination based on religion or national origin, guarantees equal protection of the law, and protects family life against arbitrary interference.

Like the CCPR, CERD does not limit its non-discrimination provisions to citizens or resident noncitizens. “While CERD does not speak specifically to restrictions on entry of nonresident aliens,” the brief says, “the general language of CERD expresses a clear intention to eliminate discrimination based on race or national origin from all areas of government activity.”

In Article 4, CERD provides that states parties “[s]hall not permit public authorities or public institutions, national or local, to promote or incite racial discrimination.” This includes discrimination based on national origin. The Committee on the Elimination of Racial Discrimination, the body of independent experts that monitor the implementation of CERD, interprets Article 4 as requiring states to forbid speech that stigmatizes or stereotypes noncitizens, immigrants, refugees and those seeking asylum.

International law should be considered in evaluating the EO

“Those international law principles require courts to reject any attempt by the President to define classes based on national origin or religion, and then to impose on those classes disparate treatment, except to the extent necessary to achieve a legitimate government purpose,” amici wrote.

Their brief continues, “The EO…makes an explicit distinction based on national origin that, unless necessary and narrowly tailored to achieve a legitimate government aim, would violate U.S. obligations under international law.”

In effect, the EO makes a distinction based on religion. All six of the listed countries have majority Muslim populations. As the brief says, “the EO does not suspend immigration from any state with a non-Muslim majority.”

Amici also argue that international law is relevant to Section 11 of the EO, which requires the Secretary of Homeland Security to “collect and make publicly available” information relating to convictions of terrorism-related crimes, government charges of terrorism, and “gender-based violence against women” by foreign nationals. But the EO does not require publication of this information on U.S. citizens.

Thus, amici “request that the Court consider U.S. obligations under international law, which forms part of U.S. law, in evaluating the legality of the EO.”

Marjorie Cohn is professor emerita at Thomas Jefferson School of Law, former president of the National Lawyers Guild, and deputy secretary general of the International Association of Democratic Lawyers. Her most recent book is “Drones and Targeted Killing: Legal, Moral, and Geopolitical Issues.” Visit her website at http://marjoriecohn.com/ and follow her on Twitter @MarjorieCohn.

As many reports in Canadian media are detailing, U.S. border agents do not need a formal law or Executive Order in order to implement targetted travel bans. Thousands of Canadian residents have cancelled plans to travel to the U.S. or been turned away from the border like never before. Among the travel cancellations have been school groups and Girl Guides of Canada.

This year, the annual ‘South By Southwest’ music and arts festival in Austin, Texas is facing more travel disruptions of invited artists and musicians compared to past years. “There have been a number of immigration-related headaches for the Austin-based music festival SXSW this year,” reports CBC News. The controversy deepened when festival organizers decided to create contract language notifying artists that the festival would inform immigration agents of any suspected violations by artists of complicated U.S. visitor requirements that distinguish between paid and unpaid artists and between events where patrons are paying and not paying for admission. The organizers rescinded their move after some artists declared they would boycott the festival and encourage others to do so. Story here.