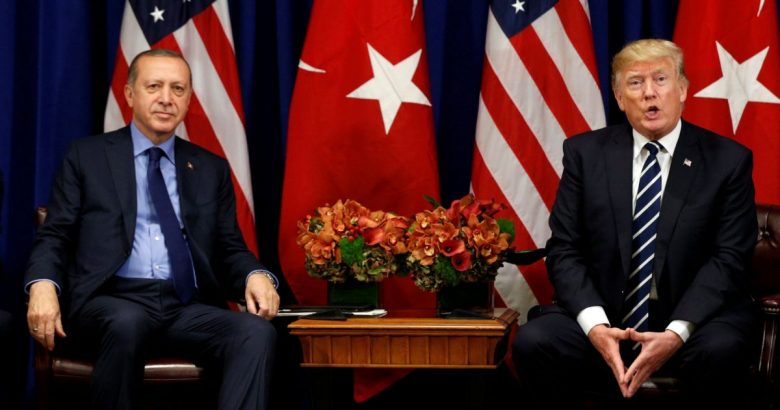 Last Friday President Recep Tayyip Erdoğan said Turkey would intervene militarily in the northern Syrian city of Manbij, an area controlled by Kurdish militants, as well as the U.S. Army, following which he and Donald Trump spoke on the phone. According to the WSJ, Ankara’s intention to conduct military operations in northern Syria could endanger U.S. soldiers in the region, as well as undermining the fight against the IS.

Following Turkey’s threats over Syrian Kurds and escalating contacts between Ankara and Washington over the military operations, the Trump administration’s position hangs on the balance, according to the WSJ.

Following the statements, Erdoğan and his U.S. counterpart Donald Trump talked on the phone on Friday, and both agreed to reach more efficient coordination between their countries on military operations in Syria, according to Turkish pro-government media.

The White House has not issued any readout or announcement about the call.

However, Ankara’s intention to conduct military operations in northern Syria could endanger U.S. soldiers in the region, as well as, it could undermine the fight against the IS, according to the journal. Because the Syrian Kurds, People’s Protection Units (YPG) forms the backbone of the U.S.-backed coalition in the fight against the IS, while Turkey describes the same armed group as a terrorist organisation.

“The Kurdish forces in Syria have been spearheading the fight against Islamic State, and a Turkish military offensive would force them to turn their attention to defending themselves.”

The U.S. army tasked about 2,000 U.S. soldiers to provide military support to the SDF, which has pushed Islamic State to the brink of defeat. The U.S.-backed forces crushed the IS, and the campaign has amplified in the last months, according to the daily. But, it is unclear how the recent developments would affect the successful campaign.

“Some U.S. officials worry that a Turkish offensive could effectively end the fight against Islamic State, which could allow the extremist group to escape and regroup,” the daily wrote.

White House might have to rethink its broader Syrian strategy over a possible Turkish incursion in the region, the WSJ said.

“Beyond the fight against Islamic State, the U.S.’s military presence on the ground has provided Washington with a crucial vantage point to monitor Iranian and Russian operations in the country, and assurance it would have a say in any peace deal,” the daily said.