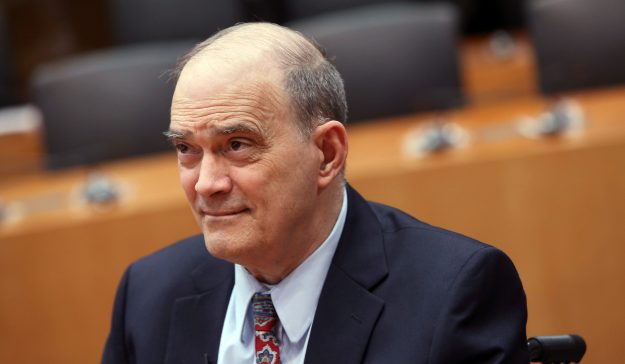 By Veterans Intelligence Professionals for Sanity, Apr 13, 2018. The validity of the evidence behind the missile attack on Syria is questioned by many qualified experts, including a growing number of high-ranking professionals within the intelligence and defence communities, as made clear in this open letter and the list of signatories at the end of this post.

MEMORANDUM FOR: The President

FROM: Veteran Intelligence Professionals for Sanity

We the undersigned Veteran Intelligence Professionals for Sanity join a number of other credible experts including former UK Ambassador to Syria, Peter Ford in this recent interview on BBC Radio Scotland, former UN weapons inspectors and former military officers who are strongly recommending that you obtain and review actual evidence from the site of the alleged chemical attack in Douma, Syria, before ordering any military action. VIPS has previously reported credible evidence indicating that anti-government forces in Syria have themselves produced and used toxic chemical agents.

Contradictory indications exist given that the video and images of victims in the locations purportedly affected by chemical weapons  came from rebel-affiliated entities known as the “Douma Revolution” and the “White Helmets” while Russian military units which later got physical access to the supposed sites and Syrian Red Crescent personnel working in the area reportedly found no indication of a chemical weapon attack.

A major question for us, as former intelligence officers with some knowledge of the operational use of misinformation and false flag actions, is what motive would the Syrian government have for making a chemical weapons attack on its own civilian population, especially at a time when it has growing popular support and is having increased military success.  Why would it risk Western ire?

Rebel fighters and their families were already being evacuated to Turkish occupied Jarabulus by air-conditioned bus. As described in more detail by Scott Ritter (here), only Salafist fighters from the “Army of Islam” (Jaish al-Islam) had refused to surrender at the time of the supposed attacks.

One must therefore consider the possibility that the supposed chlorine gas attack at Douma may have been a carefully constructed propaganda fraud. Such a fraud would have as its purpose the elicitation of precisely the kind of political pressure that now has you contemplating military action. In other words, Mr. President, this may be a bid to mousetrap you into a war that neither you nor your fellow Americans want nor need.

More expert opinion and investigation needs to be applied like that voiced by former U.N. weapons inspector in Syria, Åke Sellström, (translated from original Swedish):

The attack may have come from Assad’s regime, but you may as well have other explanations. Toxic substances can be dispersed in many ways, for example through explosions or smoke.

– There are many poisonous substances in circulation during the battle.

If the UN were to investigate the attack, it is not enough to see recordings or hear testimony, says Sellström.

It is essential that the United States have complete and compelling evidence before taking any decisive action. We therefore strongly recommend that you await the findings of the OPCW team which is now on its way to Douma to investigate at the actual site of the alleged attack.  A competent, objective group of experts needs to conduct a thorough on-the-ground investigation and collect evidence that will either implicate the Government of Syria or exonerate it.

We have, as you have noted, been down this road before with the Iraq WMD debacle in 2003.  Let us not repeat this mistake. By launching a war in Syria, we will be entering a military and political morass involving Iran and Russia that could have fatal consequences for the entire planet, especially if any of the parties feel compelled to resort to nuclear weapons.

The American people neither want nor need another military intervention in the Middle East. History tells us that any initiative centered on the use of armed force to compel acceptable behavior will not be containable and will only propagate more violence. Please do not drain the US Treasury for a war that could lead to catastrophic and unprecedented loss of life and endanger the security of Americans everywhere.

For the Steering Group, Veteran Intelligence Professionals for Sanity (VIPS)

Karen Kwiatkowski, former Lt. Col., US Air Force (ret.), at Office of Secretary of Defense watching the manufacture of lies on Iraq, 2001-2003

Ann Wright, Colonel, US Army (ret.); also Foreign Service Officer who resigned in opposition to the US war on Iraq