Trump and the Saudis sowed chaos. Iran is giving it back 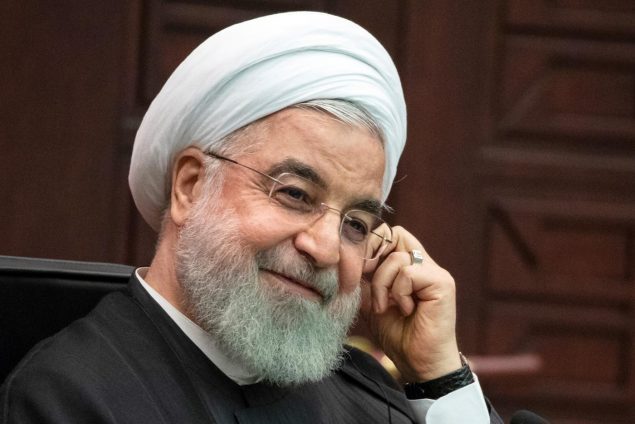 The words the Pentagon used when it enjoyed a monopoly on the use of force and was about to rain it down on Saddam Hussein are coming back to haunt it, two presidents on.

US President Donald Trump and Secretary of State Mike Pompeo are shocked and awed by Iran. Tehran – and not Washington – is adept at mounting displays of rapid dominance to disorientate its enemy. No greater display of shock and awe could have been mounted than the one that hit two of Saudi Arabia’s biggest oil terminals on Saturday.

The Saudis were defenceless, and the target was hit with pinpoint accuracy. Try, as the US might, to divert the attention to Iran, there is little doubt that at least some of the drones and possibly missiles used in the attack flew over Kuwait, which means that they were flying south from Iraq.

The attack was witnessed and recorded by a bird hunter on the triangular border of Kuwait, Iraq and Saudi Arabia

The attack was witnessed and recorded by a bird hunter on the triangular border of Kuwait, Iraq and Saudi Arabia. In three different clips, sounds of low-flying drones or missiles are heard  – all of which are travelling south.

In the video, which has gone viral on social media, the bird hunter refers to four to five smaller planes, which were followed by what he thought were missiles. He said he was near Salmi, where the three borders meet, at the time of the attack on Saturday morning.

Even better, from Iran’s point of view, was the row that followed the attacks, between a justifiably irate Iraqi prime minister and Pompeo.

Initially, the Americans released satellite pictures of the oil tanks being hit from the northwest – evidence that the drones and missiles came from Iraq, not eastwards from Iran. However, they were soon forced to backtrack and claim the attacks came directly from Iran.

Adel Abdul Mahdi’s statement, which he compelled the Americans to endorse, was a masterful mixture of denial and confirmatory threat. He denied the attack had been launched from Iraqi soil – in contradiction to the intelligence briefing he had just received – and threatened anyone against using proxies on Iraq’s soil.

This was aimed at Pompeo, as much as it was anyone else.

Months before, the US had floated the idea with Abdul Mahdi that the US wanted to bomb Iraqi Hezbollah, another Iranian proxy militia, from where a drone strike against Saudi Arabia had originated.

Abdul Mahdi persuaded Pompeo to stand that attack down. The US instead allowed Israeli drones to strike Iranian-backed Popular Mobilisation Units (PMUs) or al-Hashd al-Shaabi targets from Kurdish bases in Syria.

Was the US, let alone a president fighting re-election, prepared for another Gulf War ? Had not his country seen enough war this century?

After these attacks, Abdul Mahdi faced intense domestic pressure from his political allies to publicly name Israel as the aggressor. He refused for the very reason that he today denies where the retaliatory drones came from.

Had he named America’s principle ally in the region, he would have declared that a state of war existed between thousands of US troops on his soil and al-Hashd, Iraq’s best troops, which he is trying painfully to re-integrate into his national forces.

Did America really want that to happen? Was the US, let alone a president fighting re-election, prepared for another Gulf War? Had not his country seen enough war this century?

Scrambling around for ways of delivering a “proportionate” response, Trump and Pompeo did not have an answer then and do not have one now.

To date, Iran and its network of militias in Yemen and Iraq have shot down a US drone, blown holes through tankers off the Emirati ports, seized a British tanker, attacked airports, pipelines and oil terminals, and now have delivered the biggest strike against Saudi oilfields in the long and war-torn history of the Gulf.

Iran is sending Trump a clear message: ‘You want chaos? You want to tear up international treaties negotiated by your predecessor and slap sanctions on us? Well, we can give you chaos’

Neither during the Iran-Iraq War, nor Saddam’s invasion of Kuwait and the first Gulf War, nor in the Second Iraq War, has Saudi Arabia ever had to halve its oil production, as it has done this week.

By so doing, Iran is sending Trump a clear message: “You want chaos? You want to tear up international treaties negotiated by your predecessor and slap sanctions on us? Well, we can give you chaos, and you will soon find out how vulnerable your allies are.”

Zarif was not listened to then. Maybe he will be now.

A cursory look at the balance of power in the region will show Trump how unequal a conflict between Saudi Arabia and Iran will be.

It has taken Iran decades to create what it calls a “strategic depth” of battle-hardened militias by whom it has always stood, funded, armed and trained. And it is not about to abandon them now, however much they are hit by Israel.

Saudi Arabia has also funded and backed militias in the region, particularly in Syria, but is notorious for dumping its allies and talking instead to their enemies. This happened in Syria and Yemen.

Iran, which has survived decades of sanctions and war, has a high pain threshold. It has developed its own arms industry and it can defend itself.

Saudi Arabia has a very low pain threshold and cannot defend itself. As Trump himself reminded it, the kingdom would not last for two weeks without US protection.

Iran’s regional network is in place and fully functioning. Its weapons are locked and loaded. It has built a strategic alliance with two of the region’s other military powers – Russia and Turkey – which appears able to survive considerable tensions in Syria.

Saudi Arabia’s regional network is crumbling. Its closest ally, the United Arab Emirates, has clearly parted company with the Saudi coalition assembled to fight the Houthis in Yemen. The UAE’s announcement that its forces were leaving Yemen took the Saudis by surprise.

Then came the fight between rival proxy militias over the southern port of Aden, which involved Saudi and Emirati planes bombing each other’s Yemeni proxies. The Emirati plan – to install southern separatists in the south and leave the north to rot – clearly does not solve Riyadh’s problem, all of which continues in the north.

The tensions between the Saudis and the Emiratis over Yemen burst into state-controlled media.

When six Emiratis soldiers died recently, there was some evidence to believe that they had been killed in Libya, not in Yemen. The Emiratis could not admit their forces were fighting alongside Khalifa Haftar and thus breaking the international embargo.

The Saudi state run al Arabiya channel, which ironically is based in Dubai, refused to tow the official Emirati line and said merely the soldiers had been “killed”. They refused to describe them as martyrs.

This led to an extraordinary outburst from a UAE activist close to the government in Abu Dhabi, Hamed al Mazroui. Mazroui described Al Arabiya as “the whore of all media, with no competitor”. He deleted the tweet but kept up his fire on the TV channel’s director, Abdulrahman al-Rashed.

On the ground, the Houthis understand what the Emirates are trying to do and the implicit Faustian pact the UAE is making with Iran – you keep the north, we will have the south. The Houthis exchanged prisoners with Emirati-backed militias, while they refused a prisoner exchange with forces loyal to the exiled Yemeni President Abd Rabbuh Mansour Hadi.

Wider afield, Iran now has established ties with Turkey and Russia, despite the very different agendas the three regional powers pursue in Syria. Not content with the chaos it has created in its own backyard, Saudi Arabia is continuing to seek new battlegrounds and opening up new fronts.

Crown Prince Mohammed bin Salman has lost patience, as he puts it, with Turkey over its handling of the murder of the Saudi journalist Jamal Khashoggi last October in the Saudi consulate in Istanbul. 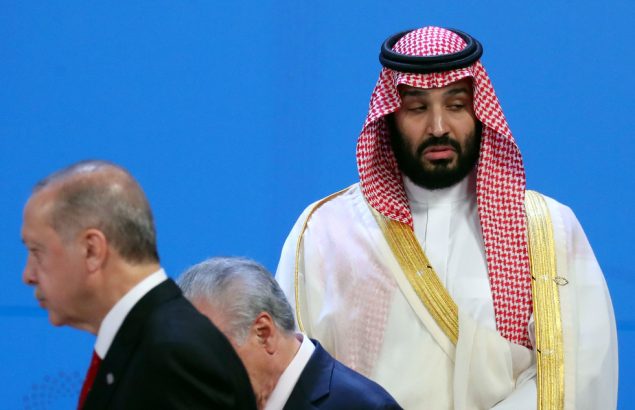 Accordingly, he has decided to step up his campaign against Turkey by fishing in Cypriot waters. The Saudi foreign minister, Ibrahim Adulaziz al Assaf, said during a visit to Cyprus that Saudi Arabia supports the Greek Cypriots against Turkey’s oil and gas exploration in the Mediterranean.

Running out of allies

Not surprisingly, the Saudis are finding themselves with no ally to protect them. They cannot fight Iran alone. Stupidity and inexperience are the two guiding lights of its de facto ruler, the crown prince. Who else could have promised to take the battle “into the heart of Iran” only to find himself dousing fires in the heart of Saudi Arabia?

He is alone, save for a reluctant and quixotic US president who has fewer cards to play than he has. Trump’s behaviour is not a great return for the investment of hundreds of millions of riyals that bin Salman spent on US arms contracts.

The least that could be said of previous generations of Saudi leaders was that, for all their faults, they kept cautious control of their region. They knew how to balance competing interests and played host to most of them.

Mohammed bin Salman has thrown caution to the wind and now finds himself with few cards to play. Yemen, Oman and Jordan are hostile. Qatar and Turkey have openly sided with Iran. The Emiratis pursue their own agenda.

Unlike Iran, the Saudis are not used to hardship and are profoundly ill-suited to waging a regional war which they themselves promoted. Perhaps that is why a profound silence will follow the show of shock and awe that took place on Saturday.

This article is available in French on Middle East Eye French edition.