Tory lies – and why Corbyn was right to break off talks 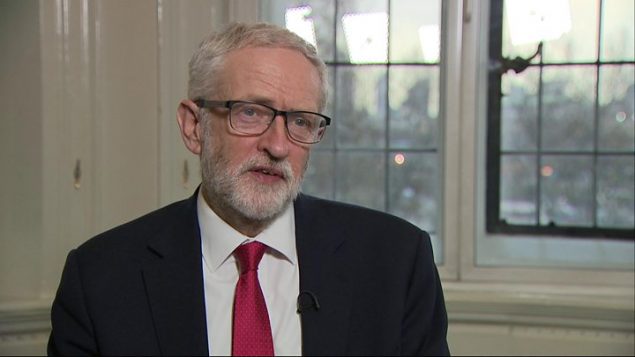 Corbyn: May meeting “useful but inconclusive”

The Tories are attempting to blame Labour for the failure of the Brexit talks. Naming Keir Starmer as the culprit, May, amongst others, is saying it was Labour’s insistence on tying any agreement to a confirmatory ballot of ‘People’s Vote’.

Theresa May and the Tory spin machine have attempted to blame Labour for the failure of the Brexit talks between the parties – specifically stating that it was Labour’s position on tying any agreement on amendments to a confirmatory ballot of ‘People’s Vote’. They also name Keir Starmer as the culprit.

None of this is factually correct.  There is no evidence that Labour even suggested this in negotiations, let alone insisted on it. Instead, it was Labour’s correct insistence on a permanent customs unionwhich brought the talks to an end, and Jeremy Corbyn’s decision to do so.

In this video Jeremy Corbyn makes clear that there were substantive and fundamental disagreements about the content of the negotiations, on the customs union, rights, and the relationship with the Single Market.

By contrast, it is a project of the dwindling band of May supporters to try to force her deal through and to claim the only obstacle is the demand for a People’s Vote.  A number of figures in the Labour Party, including Tom Watson, seem determined to aid her in that project, arguing that May’s deal be put to a vote.

Corbyn is right to insist on a permanent customs union.  May’s Withdrawal Agreement already includes a time-limited customs arrangement – and Labour has led a parliamentary majority in rejecting it three times.

Crucially the Tory Brexiteers, including the growing supporters of No Deal, are aiming for a trade deal with Trump (or a similar successor). This is in any event the only realistic alternative to a close relationship with EU markets. A customs union agreement with the EU would rule out a current US-UK trade deal, as the EU cannot allow the much lower product, environmental, workers’ rights and other protections, plus the US onslaught on public services and privatisations it would demand.

For Britain, as well as those much lower standards, the US is likely to insist on a trade deal opening up services to competition. This would sharply accelerate the drive to privatise the NHS, for the benefit of US private healthcare companies. In addition, removing any customs union agreement with the EU would effectively rip up the Good Friday Agreement and reintroduce a ‘hard’ or police border in Ireland.

By breaking off the talks, Corbyn was putting these issues first; defence of workers’ protections and environmental standards, defending the NHS and upholding the Good Friday Agreement. When the alternative is Trump or similar, a customs arrangement with the EU is vital, and Corbyn should be supported for insisting on it.