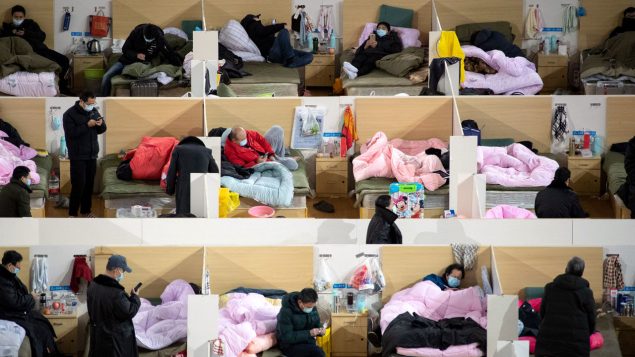 China OUT (Photo by STR/AFP via Getty Images)

Science requested an interview with Professor George Gao, director-general of the Chinese Center for Disease Control and Prevention (CDC) two months ago. Working at the forefront of the country’s outbreak of coronavirus disease 2019 (COVID-19) Chinese scientists have not been particularly accessible to foreign media…  But nevertheless, last week he responded.

Chinese scientists at the front of that country’s outbreak of coronavirus disease 2019 (COVID-19) have not been particularly accessible to foreign media. Many have been overwhelmed trying to understand their epidemic and combat it, and responding to media requests, especially from journalists outside of China, has not been a top priority.

Science has tried to interview George Gao, director-general of the Chinese Center for Disease Control and Prevention (CDC), for 2 months. Last week he responded.

Gao oversees 2000 employees—one-fifth the staff size of the U.S. Centers for Disease Control and Prevention—and he remains an active researcher himself. In January, he was part of a team that did the first isolation and sequencing of severe acute respiratory syndrome 2 (SARS-CoV-2), the virus that causes COVID-19. He co-authored two widely read papers published in The New England Journal of Medicine (NEJM) that provided some of the first detailed epidemiology and clinical features of the disease, and has published three more papers on COVID-19 in The Lancet.

His team also provided important data to a joint commission between Chinese researchers and a team of international scientists, organized by the World Health Organization (WHO), that wrote a landmark report after touring the country to understand the response to the epidemic.

First trained as a veterinarian, Gao later earned a Ph.D. in biochemistry at the University of Oxford and did postdocs there and at Harvard University, specializing in immunology and virology. His research specializes in viruses that have fragile lipid membranes called envelopes—a group that includes SARS-CoV-2—and how they enter cells and also move between species.

Gao answered Science’s questions over several days via text, voicemails, and phone conversations. This interview has been edited for brevity and clarity. 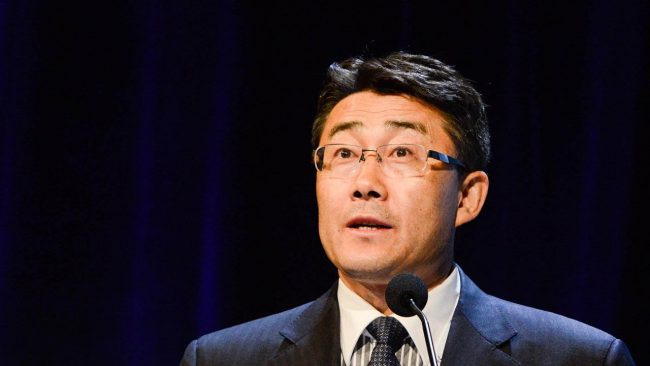 Q: What can other countries learn from the way China has approached COVID-19?

A: Social distancing is the essential strategy for the control of any infectious diseases, especially if they are respiratory infections. First, we used “nonpharmaceutical strategies,” because you don’t have any specific inhibitors or drugs and you don’t have any vaccines. Second, you have to make sure you isolate any cases. Third, close contacts should be in quarantine: We spend a lot of time trying to find all these close contacts, and to make sure they are quarantined and isolated. Fourth, suspend public gatherings. Fifth, restrict movement, which is why you have a lockdown, the cordon sanitaire in French.

Q: The lockdown in China began on 23 January in Wuhan and was expanded to neighboring cities in Hubei province. Other provinces in China had less restrictive shutdowns. How was all of this coordinated, and how important were the “supervisors” overseeing the efforts in neighborhoods?

A: You have to have understanding and consensus. For that you need very strong leadership, at the local and national level. You need a supervisor and coordinator working with the public very closely. Supervisors need to know who the close contacts are, who the suspected cases are. The supervisors in the community must be very alert. They are key.

Q: What mistakes are other countries making?

A: The big mistake in the U.S. and Europe, in my opinion, is that people aren’t wearing masks. This virus is transmitted by droplets and close contact. Droplets play a very important role—you’ve got to wear a mask, because when you speak, there are always droplets coming out of your mouth. Many people have asymptomatic or presymptomatic infections. If they are wearing face masks, it can prevent droplets that carry the virus from escaping and infecting others.

Q: What about other control measures? China has made aggressive use of thermometers at the entrances to stores, buildings, and public transportation stations, for instance.

A: Yes. Anywhere you go inside in China, there are thermometers. You have to try to take people’s temperatures as often as you can to make sure that whoever has a high fever stays out.

And a really important outstanding question is how stable this virus is in the environment. Because it’s an enveloped virus, people think it’s fragile and particularly sensitive to surface temperature or humidity. But from both U.S. results and Chinese studies, it looks like it’s very resistant to destruction on some surfaces. It may be able to survive in many environments. We need to have science-based answers here.

Q: People who tested positive in Wuhan but only had mild disease were sent into isolation in large facilities and were not allowed to have visits from family. Is this something other countries should consider?

A: Infected people must be isolated. That should happen everywhere. You can only control COVID-19 if you can remove the source of the infection. This is why we built module hospitals and transformed stadiums into hospitals.

Q: There are many questions about the origin of the outbreak in China. Chinese researchers have reported that the earliest case dates back to 1 December 2019. What do you think of the report in the South China Morning Post that says data from the Chinese government show there were cases in November 2019, with the first one on 17 November?

A: There is no solid evidence to say we already had clusters in November. We are trying to better understand the origin.

Q: Wuhan health officials linked a large cluster of cases to the Huanan seafood market and closed it on 1 January. The assumption was that a virus had jumped to humans from an animal sold and possibly butchered at the market. But in your paper in NEJM, which included a retrospective look for cases, you reported that four of the five earliest infected people had no links to the seafood market. Do you think the seafood market was a likely place of origin, or is it a distraction—an amplifying factor but not the original source?

A: That’s a very good question. You are working like a detective. From the very beginning, everybody thought the origin was the market. Now, I think the market could be the initial place, or it could be a place where the virus was amplified. So that’s a scientific question. There are two possibilities.

Q: China was also criticized for not sharing the viral sequence immediately. The story about a new coronavirus came out in The Wall Street Journal on 8 January; it didn’t come from Chinese government scientists. Why not?

A: That was a very good guess from The Wall Street Journal. WHO was informed about the sequence, and I think the time between the article appearing and the official sharing of the sequence was maybe a few hours. I don’t think it’s more than a day.

Q: But a public database of viral sequences later showed that the first one was submitted by Chinese researchers on 5 January. So there were at least 3 days that you must have known that there was a new coronavirus. It’s not going to change the course of the epidemic now, but to be honest, something happened about reporting the sequence publicly.

A: I don’t think so. We shared the information with scientific colleagues promptly, but this involved public health and we had to wait for policymakers to announce it publicly. You don’t want the public to panic, right? And no one in any country could have predicted that the virus would cause a pandemic. This is the first noninfluenza pandemic ever.

Infected people must be isolated. That should happen everywhere.

Q: It wasn’t until 20 January that Chinese scientists officially said there was clear evidence of human-to-human transmission. Why do you think epidemiologists in China had so much difficulty seeing that it was occurring?

A: Detailed epidemiological data were not available yet. And we were facing a very crazy and concealed virus from the very beginning. The same is true in Italy, elsewhere in Europe, and the United States: From the very beginning scientists, everybody thought: “Well, it’s just a virus.”

Q: Spread in China has dwindled to a crawl, and the new confirmed cases are mainly people entering the country, correct?

A: Yes. At the moment, we don’t have any local transmission, but the problem for China now is the imported cases. So many infected travelers are coming into China.

Q: But what will happen when China returns to normal? Do you think enough people have become infected so that herd immunity will keep the virus at bay?

A: We definitely don’t have herd immunity yet. But we are waiting for more definitive results from antibody tests that can tell us how many people really have been infected.

Q: So what is the strategy now? Buying time to find effective medicines?

A: Yes—our scientists are working on both vaccines and drugs.

Q: Many scientists consider remdesivir to be the most promising drug now being tested. When do you think clinical trials in China of the drug will have data?

Q: Have Chinese scientists developed animal models that you think are robust enough to study pathogenesis and test drugs and vaccines?

A: At the moment, we are using both monkeys and transgenic mice that have ACE2, the human receptor for the virus. The mouse model is widely used in China for drug and vaccine assessment, and I think there are at least a couple papers coming out about the monkey models soon. I can tell you that our monkey model works.

Q: What do you think of President Donald Trump referring to the new coronavirus as the “China virus” or the “Chinese virus”?

A: It’s definitely not good to call it the Chinese virus. The virus belongs to the Earth. The virus is our common enemy—not the enemy of any person or country.

Main photo: This photo was taken on February 18, 2020 and shows medical personnel walking among patients with mild symptoms of the COVID-19 coronavirus resting at night in the temporary Hospital set up in a sports stadium in Wuhan, in China’s central Hubei province. – The death toll from China’s new coronavirus epidemic jumped past 2,000 on February 19 after 136 more people died, with the number of new cases falling for a second straight day, according to the National Health Commission. (Photo by STR / AFP) /