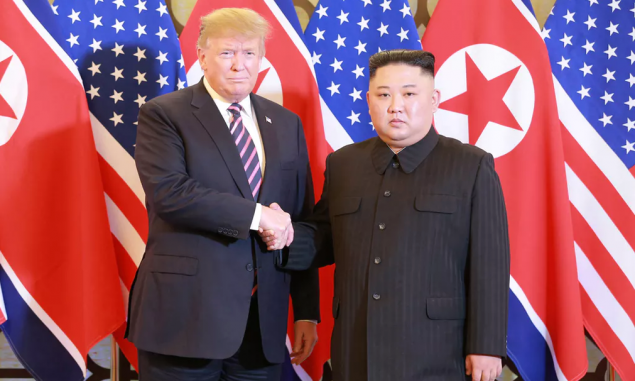 This week on CounterSpin: The summit between Donald Trump and North Korea’s Kim Jong-un ended without an official agreement. Is that a good thing or a bad thing? You won’t learn from reading the New York Times editorial, which both lauds a “step-by-step process by which both sides agree to take corresponding actions,” and says that outreach to “dictators like Mr. Kim” “erode[s] the moral foundation that for generations has supported American diplomacy, and its notion of America’s role in the world.” The last thing you’ll get from US media’s assessment of the prospect of peace on the Korean peninsula? What Koreans think.  We’ll talk about the just-concluded summit with journalist Tim Shorrock.

Also on the show: When the New York Times talks about the “moral foundation” supporting American diplomacy, you have to wonder: Do they mean diplomats like Elliott Abrams, holder of a number of titles in the Reagan and George W. Bush administrations, now special envoy for Donald Trump in Venezuela? And if they do, do most Americans understand what media’s definition of the word “diplomacy”—or the word “moral”—really entails? We’ll talk about Elliott Abrams and the press with Jon Schwarz, journalist for The Intercept.