The West’s War on Venezuela – Why Canada is Wrong 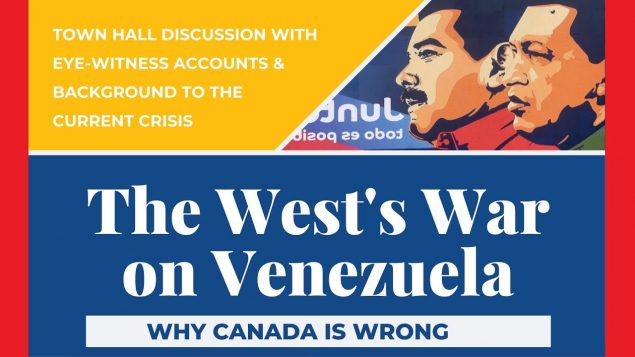 April 24, 2019: Canada’s decision to seek regime change in Venezuela along with the US and other Western countries, the anti-Maduro bias prevailing in the mainstream Canadian and western news media and the potential for the confrontation between western powers and others, such as Russia and China, are the key issues discussed during a public forum at the University of Winnipeg.

Ralph Jean-Paul is a Community activist, a volunteer and a soccer coach. He is co-editor of Canada-Haiti Information Project, formerly known as Canada Haiti Action Network group.

Yves Engler is a writer and activist who has written several critically acclaimed books on Canadian foreign policy.

Leah Gazan is a community activist, former president of the Social Planning Council of Winnipeg and NDP candidate for Winnipeg Centre in the coming federal election.

Radhika Desai is a political studies professor at the University of Manitoba and director of the Geopolitical Economy Research Group.

Ajit Singh is an activist, lawyer and graduate student at the University of Manitoba and has recently returned from a fact-finding tour of Venezuela.