The UK overestimates its diplomatic clout – post-Brexit, it will be a small player on the international stage

Mary Dejevsky, 28 March 2018. “A triumph for UK diplomacy”, is how the expulsion of more than 100 Russians from more than 20 countries is being presented by the Prime Minister and her Foreign Secretary. But the UK has taken no part in any of the major mediation opportunities of recent years. First calls are made not to London, but to Paris and Berlin.

Originally published in The Independent

“A triumph for UK diplomacy”, is how the expulsion of more than 100 Russians from more than 20 countries is being presented by the Prime Minister and her Foreign Secretary. And, in a way, it is.

Those who have given marching orders to Russian diplomats – commonly referred to in official statements as “undeclared spies” (note: declared spies – good; undeclared spies – bad) include a majority of our European Union partners, the US, Canada and Australia, as well as Nato headquarters.

Let me observe only as an aside that things have come to a pretty pass when the tally for expelled diplomats – a number that is likely to be doubled when Moscow gets round to retaliating – is regarded as a benchmark of diplomatic success.

It might rather be seen as the reverse: an actual failure of diplomacy. But there we are. It rather depends who is the target of your diplomacy, and in this case it was obviously not Russia, which is charged in the court of politics with the Salisbury poisonings, but our EU partners, other friends (Ukraine) and Nato allies.

And one reason – perhaps the reason – why this is being touted in London as such a triumph is that it allows Brexiteers to counter one of the most insistent charges of the Remainers: that this country’s international clout will be severely diminished by our departure from the European Union.

Some of the most bullish in the Leave camp are even arguing that it will be enhanced. At a time when both Theresa May (suspected of being “soft” on Brexit) and Boris Johnson (accused of bumbling incompetence) were politically under the weather, you can understand why the Western chorus of Russia-bashing comes as music to their ears.

How close, though, are appearance and reality? For a start, uniting a quorum of Western countries around vilification of Russia is not the hardest of sells, especially now Vladimir Putin has just won another six years in power.

Come on, you can imagine the British persuaders saying, you may not quite accept that the Kremlin spread novichok in Salisbury, but doesn’t it make sense to tell Putin that his new term gives him no mandate to mess with the West?

Even then, however, the UK had to expend some effort (and political capital, perhaps, too). As surprising as the West’s near-unanimity is now, nearly four weeks on from Salisbury, was the hesitancy of even our closest allies at the start.

The initial response seemed to be that whatever happened in Salisbury was between the UK and Russia, and that if London wanted wider support, it had to produce some evidence.

Evidence may or may not be what the Prime Minister produced over dinner in Brussels – and if it was, it would have been courteous to give the UK public some of it, too. But it is not hard to imagine other UK arguments. 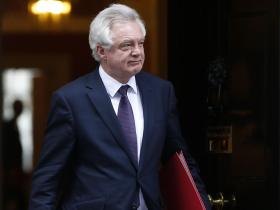 How about: “First they come for swapped spies in Salisbury, but next time it could be Stuttgart or St Etienne.” Or this: “Curbing chemical weapons has to be a collective endeavour; what message will it send if you don’t join in?”

Plus, there can be few Western countries that do not have at least Russian “diplomat” they would prefer not to have. So why not use solidarity over the Skripals’ poisoning as a pretext? In other words, persuading Western countries to expel some Russians is probably not the hardest task in the world, especially not if you couch the arguments in the right way, with the clincher being “it won’t cost you much”.

Which it won’t – not even the UK. On the same day that Theresa May was announcing the expulsions and a few less obvious measures, the Russian energy behemoth Gazprom was raising a €750m (£656m) Eurobond in the City. And no sooner had Germany told four Russians to go, than it gave the go-ahead to the contentious second Nordstream gas pipeline that will allow Russian gas exports to bypass Ukraine.

One conclusion that could be drawn is that anyone, Brexit-Britain included, can exert influence on others, so long the message chimes with their interests and there is little or nothing to pay.

But another is that UK diplomacy will probably have to work much harder in the time of Brexit. Support was hardly spontaneous or fulsome, and we don’t know what inducements the UK may have offered. And, of course, it’s easier if the target is generally unpopular.

Those who felt that it was not in their interests to join the protest did not come on board. So how would it be trying to drum up some concerted action against China? Or against the EU, or an EU member, once we have left? And was there perhaps an element, this time, of the EU trying to drive home the message that such support is conditional on membership?

It is probably true that the UK will retain some clout in the area of security and intelligence, though that could be more problematical if transatlantic relations are cool. But what of trade – vis-a-vis a tariff-happy United States – or a China that imposes terms only a fraction short of dumping?

Today’s members have made clear that there is no rebuilding the Commonwealth, old or new. Australia and others had to restructure their trade after the UK joined the EU; there is no prospect of their reversing track now.

Not only will the UK have to work harder, but size and perceived allegiances will matter. Russia can cope with expulsions, especially if it gets its way on Gazprom and Nordstream. Is there not a danger the UK could get “picked on”, and not just by Russia, if its commercial alliances are all ad hoc?

As for an international diplomatic role, the UK has taken no part in any of the major mediation opportunities of recent years. A nuclear North Korea may not be an immediate threat to the UK, but we have been absent, or perceived as partial, both in the war in Syria and the conflict in Ukraine. First calls are made not to London, but increasingly to Paris and Berlin. A new role as peace-broker seems not to be on the cards.

The UK looks set to be straddled awkwardly as a country too big to be a plausible intermediary, but too small to be a great power. It is worth asking, though, whether all Brexiteers will regret this. Not everyone who voted Leave did so in the hope of making Britain – or England – great again.

For some, “taking back control” meant the UK being its own master, not only in who it lets in, but in what it does outside its borders. And the appetite here was for drawing in our horns, ditching imperial nostalgia and ending ill-advised interventions.

So while it is unlikely that the UK will resemble, say, Norway – either in its future relations with the EU or in any independent path it may choose – at least for this group of Leave voters the lessons for UK diplomacy from the past month may not be too disheartening.