At the end of May, the Alberta government passed Bill 1, otherwise known as Critical Infrastructure Defence Act. Here’s what you need to know.

The following 36 MLAs were the only ones present in the house for the vote: 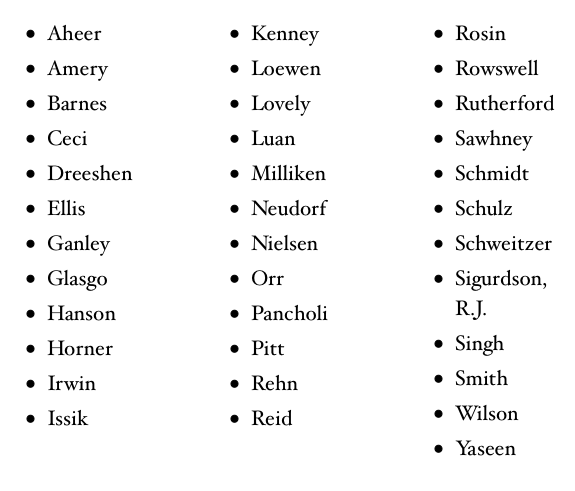 Bill 1 is designed to make it illegal to protest what the UCP government calls essential infrastructure.

What is essential infrastructure?

So, the bill lists 16 kinds of infrastructure as essential:

A lot, right? Most them are self explanatory, but I linked to each of the acts so you can read their official definitions, which typically follow after the table of contents. I was going to parse out the definitions here, but after I got through the first two types, it was getting pretty long.

Keep in mind, however, that not all definitions are self-explanatory. Take highways, for example. It’s not what we typically think of when we hear the word. The Traffic Safety Actdefines highway as:

any thoroughfare, street, road, trail, avenue, parkway, driveway, viaduct, lane, alley, square, bridge, causeway, trestleway, or other place or any part of any of them, whether publicly or privately owned, that the public is ordinarily entitled or permitted to use for the passage or parking of vehicles

Anyhow, in addition to all the infrastructure types I listed above, Bill 1 includes the land upon which any of them are located or used in connection with them.

What are we not allowed to do?

Now that we know what the essential infrastructure is, what are we not allowed to do with them? Well, according to section 2, it comes down to 3 main actions:

There are a couple of disclaimers.

First, all of these actions have to be willful. You won’t be found guilty, apparently, if it was accidental.

Second, you also won’t be found guilty if you committed any of these actions with “lawful right, justification, or excuse”.

Also, you can be found guilty of committing an offence if you aid, counsel, or direct someone else to perform any of those 3 actions, regardless of whether they actually follow through with it.

Section 2 also makes it illegal for someone to gain legitimate access to essential infrastructure but under false pretences.

What are the consequences?

Also, every day someone performs any of the 3 actions I listed above counts as a separate offence. I interpret that as meaning, for example, that if I protest at a pipeline for 5 days, I can be fined as much as $110,000.00 and spend 2.5 years in jail.

Section 4 basically says that people can be arrested without a warrant, and Section 5 that the lieutenant governor can append the list of essential infrastructure to include in the future other “buildings, structures, devices, or other things”.

So what does it all mean?

Well, obviously, it covers such things as environmentalists stopping pipeline construction and vegans protesting on turkey farms. But it goes further than that.

For example, as I already indicated, 1(1)(a)(vii) identifies a parking lot as essential infrastructure. 2(1) says that no one can enter a parking lot without “lawful right, justification, or excuse”.

So if I want to gather in a parking lot with—I don’t know—50 other people to hold signs picketing a recent government action, does that count as “lawful right, justification, or excuse”? Who decides? The peace officer who arrests us? The judge after we’ve been arrested?

Remember, 2(1) prohibits simply entering essential infrastructure. Just being there is an offence. You don’t need to damage anything or prevent anyone from doing their job. You could just be assembling peacefully, but if some undetermined person considers your “right, justification, or excuse” unlawful, you can be arrested.

In full disclosure, I’m no constitutional lawyer, but in my unprofessional assessment, Bill 1 has the potential to infringe on some people’s constitutional freedoms.

And right as the government keeps cutting jobs, raising our cost of living, ruining our health care, and destroying our educational system. We’re stuck with them for another 3 years—at least—and if they’re outlawing all protest, it’s going to be tough to hold them accountable.

Kim Siever lives in Lethbridge with his spouse and five of their six children. He is a writer, focusing on social issues and the occasional poem. His politics are radically left. He recently finished writing a book debunking several capitalism myths. My newest book writing project is on the labour history of Lethbridge.