The U.S. launches itself in the most violent way imaginable to definitively seize Bolivia 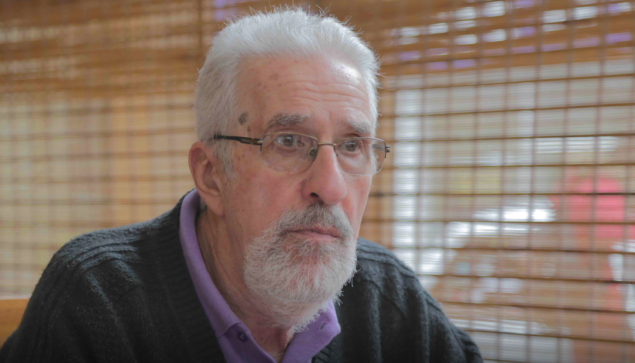 Maya magazine interviewed Argentine sociologist Atilio Boron, one of the most internationally renowned political analysts today, so that in just three questions he can give us his vision of the crisis Bolivia is going through.

How would you characterize the coup d’état in Bolivia?

Without a doubt, the coup d’état in Bolivia is part of the tradition of the old military coups sponsored by the United States since the end of World War II. However, this practice dates back even further, as the history books show us. That means that the soft coup that was applied against Manuel Zelaya in Honduras, Lugo in Paraguay and Dilma Rousseff in Brazil, has been abandoned and the old formulas have returned. In Bolivia, the old formulas were applied, because in reality there was no possible propagandistic basis for the coup. There was no fraud in Bolivia and therefore the OAS avoided using that expression, instead making euphemistic recommendations. Furthermore, recent studies from the United States convincingly prove that such fraud did not exist. The University of Michigan study (which is the most important center for electoral studies) confirms this. However, the coup plan was not going to stop in the face of these details. They wanted to get Evo out and take revenge. It was a very clear lesson against those Indians who, as they did in 1780, revolted against the Spanish viceroyalty. Somehow what is happening now is a replay of Túpac Katari’s deed. The scenarios have changed and imperialism is different, but the essence is the same. And now, as yesterday, it is being repressed with unprecedented ferocity. Much greater still than that which was applied in October 2003 during the massacre perpetrated by President Sánchez de Lozada.

In Bolivia today they do not hesitate to shoot women, children, defenseless people. We are, therefore, in the presence of a classic military coup, without a doubt. The United States has abandoned “good manners” and has taken the most violent route imaginable to take possession of Bolivia once and for all. The United States is basically interested in lithium and its strategic importance for U.S. military technology and the sustainment of the military apparatus. They are not willing to cede these interests to an indigenous ruler with aspirations of community socialism. That is why they used the Armed Forces and the police forces that they themselves have been indoctrinating for many years and now used as the initial battering ram of the fascist and white supremacist groups, who were later called to silence. We no longer hear of Camacho, Mesa, all these coup plotters and violent people wearing the faces of democrats and committed every conceivable outrage and incited them. As I pointed out, opponents like Carlos Mesa Gisbert have now stepped aside and let the military perpetrate a bloodbath with the blessing of illegitimate president Áñez. The coup d’état in Bolivia is therefore part of the tradition of the bloodiest old military coups designed from Washington.

What role does this coup occupy on the regional political chessboard?

In the regional political chessboard this coup is of enormous importance, because in this way it achieves what had not been obtained by electoral means and because before the collapse of the Chilean model, or the situation at the edge of the abyss that is experienced in Ecuador and the uncertainty that looms over Peru, it is of extreme importance to take Bolivia from the left. We must bear in mind that if the defeat of the Frente Amplio (of the left) in Uruguay is consummated, the government of Alberto Fernández in Argentina will be in a situation of regional isolation and harassed by the pawns of the Empire. Beginning with Bolsonaro and continuing with whoever is in charge of Bolivia. Although we must insist that the coup has not yet triumphed or been consolidated and there is enormous heroic resistance in the streets and squares. We will see how it ends.

On the other hand, if Bolsonaro manages to be seconded by a conservative or neoconservative Uruguayan government -although one would wish that this was not the case- Argentina would once again be in a situation similar to the one it had in 1973 with the triumph of the Peronist Héctor Cámpora: surrounded by enemy military dictatorships in Chile, Bolivia, Brazil, Uruguay, Paraguay and throughout the continent. However, with López Obrador’s government in Mexico, Buenos Aires can overcome this drawback posed by the coup in Bolivia, despite the fact that this turn of events weakens Unasur and Celac even more. In any case, it clearly demonstrates that the Empire is willing to implement any tactic in order to regain control of our countries.

How can we express our international solidarity with the Bolivian social protest against the coup?

International solidarity basically involves making visible the atrocities committed by the coup plotters. All the information that comes from Bolivia requests that we please inform about what is happening there. The media shielding of the Bolivian press and a large part of the international press is really extraordinary and we must try to pierce that shielding. This is the fundamental mission, because we cannot send men or women to fight there, nor can we send weapons. The only thing we have left is the artillery of thought that Hugo Chávez insisted so much on. Trying to fight the battle with the media, is a very unequal battle. But despite this asymmetry, little by little we are exposing the crimes being committed by the infamous pawns of the rich nations led by the United States. I believe that we must persevere along these lines. And also, of course, to organize large demonstrations like the one held on November 18 in Buenos Aires, which was gigantic. Similar calls should be made in other countries to express unconditional support for the Bolivian people.

We should also write as much as possible, denouncing all these crimes through social networks. The horizontal information resources are very active, but they need to be further mobilized. Today, this is where the solidarity agenda comes in. The media battle is fought in social networks and – if possible – in the mass media. Solidarity in the streets, denunciations, marches, demonstrations of force. It seems to me that this is the way forward. I do not believe that we have other weapons at our disposal. The old struggle of humanism is to oppose the force of arms, to reason, and that old unequal battle is repeated today with Bolivia.

Finally, I would like to wish all the comrades of the many closed and censored media in Bolivia – such as Correo del Alba, among others – the best of luck and tell them that we need them. The Mayan media itself is a great example of courage and struggle in tragic moments for all of Latin America. I would simply say to you that you must take great care of yourselves and thank you on behalf of the men and women of Our America, for your courage and enormous contribution.

Load now Bolivia: They are Killing Us, Comrades!