The U.S. brings state-sponsored piracy into the 21st century 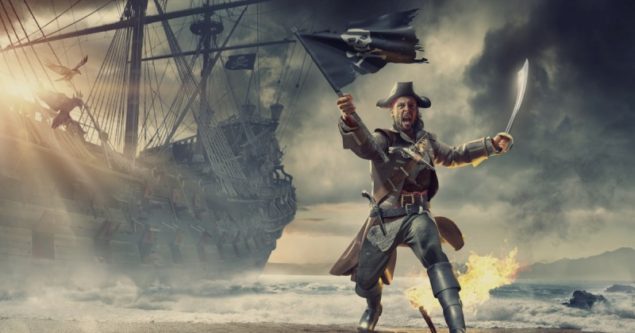 It was definitely the 21st century when I went to sleep Thursday night, but by Friday morning it was starting to feel as though I’d slipped back in time a few hundred years, to an age of state-sponsored piracy.

News that the U.S. had seized the cargoes of four oil tankers, allegedly carrying Iranian gasoline from the Persian Gulf to Venezuela, conjured images of British privateers — in essence, state-sponsored pirates — attacking Spanish treasure fleets carrying gold, silver and precious stones from the New World back to Europe in the 16th and 17th centuries.

In the 1580s, Queen Elizabeth I of England began to issue “letters of marque and reprisal” — licenses to seize enemy cargoes on the high seas and share the proceeds with the Crown — to favored individuals including John Hawkyns, Martin Frobisher, Francis Drake and Walter Raleigh.

Just like the British back then, the U.S. has given itself the right to seize property on the high seas that it believes to be owned by entities it considers foreign terrorist organizations.

The methods have certainly changed though.

The U.S. isn’t licensing acts of piracy by private individuals. Nor, in this case, has it resorted to military action. A senior U.S. official told The Associated Press that no military force was used in the seizures. Instead, threats of potentially crippling sanctions against the owners, insurers and captains of the vessels persuaded them to hand over the cargoes.

But the concept has altered little in 440 years — we still have one of the world’s preeminent naval powers passing its own laws allowing it to seize treasure from its enemies in the ocean.

A day earlier, the U.S. had decried the boarding of a small oil tanker in international waters by Iranian forces, who remained on the vessel for several hours before allowing it proceed on its way. “This type of reckless, aggressive behavior by Iran destabilizes the region and threatens the rules-based international order,” said the U.S.-led International Maritime Security Construct in a statement.

Make no mistake, the latest U.S. action was no more based on international rules than was the Iranian one. Both moves served the countries’ respective interests. Neither had the backing of the United Nations or another international body. Iran now may feel compelled to respond.

The combined cargoes seized by the U.S. from the four ships — about 1.16 million barrels of Iranian gasoline, according to the complaint for forfeiture — is worth about $61 million dollars. The funds realized from the sale of the cargoes will in part be directed to the United States Victims of State Sponsored Terrorism Fund. Almost 80% of the claims on that fund are related to the heinous attack on the World Trade Center in 2001. Yet Iran was not implicated in that event.

Along with depriving Iran’s government of funds and Venezuela’s of much-needed gasoline, the seizure of the cargoes is intended to deter future such shipments of Iranian oil. The warrant was issued against the cargoes, not the ships themselves, so those will presumably be released once the gasoline has been offloaded.

Senior Trump administration officials are expected to hold an event to mark the docking of the ships in Houston. I couldn’t help but think of Queen Elizabeth I staging a banquet for Francis Drake in Deptford on the River Thames in 1581, and knighting him on the main deck of his ship, the Golden Hind, that had just returned full of Spanish treasure.

Julian Lee is an oil strategist for Bloomberg First Word. Previously he worked as a senior analyst at the Centre for Global Energy Studies.
Editors’ Note: While we don’t necessarily share the views we publish on New Cold War, we do attempt to provide readers with a range of views. This is because your right to make your own mind up depends on your being fully informed.
Share
Tweet
Share
Pin