The Russian position on multilateral trade 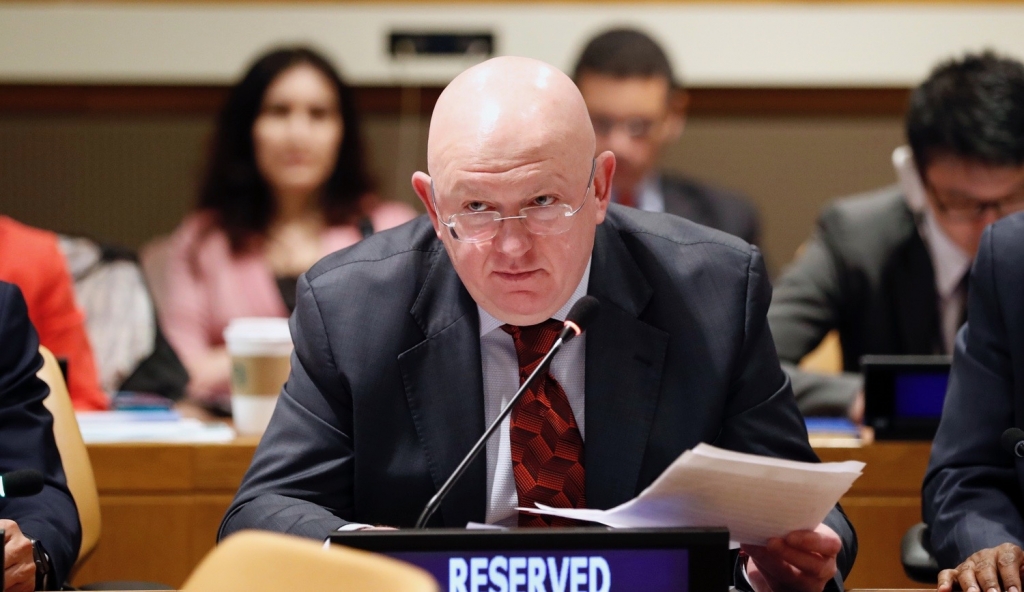 The emerging potential trade war between the USA and China, and the USA’s increasingly aggressive use of economic sanctions as a political tool, has opened a world-wide debate on trade. The Russian position is given in this statement by V.A.Nebenzia, Permanent Representative of the Russian Federation to the United Nations, at the High-Level Symposium on ‘Strengthening Multilateralism  and Multilateral Trading System in the Age of Globalization’

Statement of the permanent mission of the Russian Federation to the United Nations, Apr 27, 2018
Original available here

Thank you very much. We listened to the presentation of Pr. Sachs, which as usual was rich, instructive and educational to us.

Russia is a consistent and strong supporter of a universal, rules-based, open, non-discriminatory and equitable multilateral trading system under the auspices of the WTO. Our country sees international trade as an essential tool for sustained economic growth and sustainable development.

In the context of globalization, the new technological phase will significantly change the landscape of the world economy. We will witness the emergence of fundamentally new markets of goods and services, as well as new leaders. In these conditions we see that the competition is growing and it will grow, including the unfair one. We ourselves see the application of all possible forms of pressure, unfair competition, including sanctions.

We strongly oppose the practice of imposing illegal restrictions and sanctions. We consider them as politically motivated and as means of exerting political pressure on the so-called “disobedient” countries as well as a method of eliminating economic competitors. This directly contradicts the principles of free and mutually beneficial economic cooperation.

Moreover, such measures are a direct violation of the principles of the Charter of the United Nations, the norms of international law and the rules of the multilateral trading system. They undermine the very right of state to development, and impede the fulfillment of its obligations to ensure the well-being of its population. The use of such measures seriously affects the vital sectors of the economy, has a negative impact on economic growth and production.

Unfortunately, the practice of using such measures is not becoming less frequent despite the fact that the UN General Assembly condemns it year after year. What is also worrying is that today it is almost a norm to impose unilateral sanctions, bypassing the UN Charter. Countries which resort to such measures violate principles of sovereignty and non-interference in the internal affairs of other countries both in pursuit of their political goals as well as a mean of fair competition.

In addition, the extraterritorial effects of unilateral sanctions hinder regional economic cooperation, which is recognized as one of the mechanisms for achieving sustainable development on a global scale.

We note with satisfaction, by the way, that the practice of such unilateral measures was unanimously condemned at the Russian-Chinese conference of the “Valdai Discussion Club”, which ended yesterday in Shanghai, and was dedicated to finding joint and coordinated responses to emerging global challenges.

Despite sanctions, the Russian economy is more modern, competitive and is able to develop steadily relying primarily on its own resources.

It is obvious that we are on the verge of global transformation of the world economy – it is becoming the digital economy. In 2017 alone the volume of e-commerce in Russia increased by 21 percent.

We strongly oppose close formats and fully support open integration processes in the world economy. We are developing integration within the Eurasian Economic Union. Last year we moved on that integration format quite far which was witnessed by the Report of the Member-States of the Union on the implementation of SDGs that we presented in the joint report at the HLPF in June last year.

We pay special attention to the implementation of the Russian initiative on the formation of the Eurasian comprehensive partnership with the participation of countries of the EEU, the Shanghai Cooperation Organization, ASEAN. We see value in combining potentials of the EEU, the Chinese initiative “One Belt One Road” and other integration formats. That may become the basis for creating economic space from the Atlantic to the Pacific. We consistently invite the European Union to that format but so far they unwisely refused to do so. But I am sure one day they will see the value.

We are pleased to note the positive results of cooperation within the BRICS format, including the establishment of many elements of the BRICS cooperation which are summarized in the Strategy for BRICS economic partnership. I would be remiss not to mention that we participate in the APEC’s Policy Partnership for Science, Technology and Innovations since the international cooperation in the sphere of innovations is one of the important components of the implementation of the 2030 Agenda.

I will finish with the statement with which I started.  We believe that universal, rules-based, open, non-discriminatory and equitable multilateral trading system hopefully, eventually will prevail.