The new colonialism: Greece and Ukraine 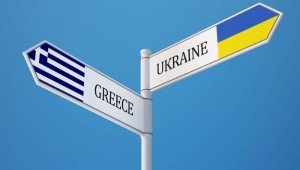 A new form of colonialism is emerging in Europe.  Not colonialism imposed by military conquest and occupation, as in the 19th century. Not even the more efficient form of economic colonialism pioneered by the U.S. in the post-1945 period, where the costs of direct administration and military occupation were replaced with compliant local elites allowed to share in the wealth extracted in exchange for being allowed to rule on behalf of the colonizers.

In the 21st century, it is “colonialism by means of financial asset transfer.” It is colony wealth extraction by colonizing country managers, assigned to directly administer the processes in the colony by which financial assets are to be transferred. This new form of colonialism by direct management plus financial wealth transfer is now emerging in Greece and Ukraine.

Behind the appearance of the recent Greek debt deal is the reality of European bankers and their institutions — the European Commission, European Central Bank, IMF, and European Stability Mechanism (ESM) — who will soon assume direct management of the operation of the  economy, according to the Memorandum of Understanding, MoU, signed August 14, 2015, by Greece and the Troika. The MoU spells out direct management in various ways. In the case of Ukraine, it is even more direct. U.S. and European shadow bankers were installed by U.S.-Europe last December 2014 as Ukraine’s finance and economic ministers. They have been directly managing Ukraine’s economy on a day to day basis ever since.

The new colonialism as financial asset transfer takes several practical forms: as wealth transfer in the form of interest payments on ever rising debt, in firesales of government assets sold directly to the colonizer’s investors and bankers, and in the de facto takeover the colony’s banking system and bank assets in order to transfer wealth to shareholders of the colonizing country’s private bankers and investors.

The case of Greece

The recent third debt deal signed August 14, 2015, between Greece and the Troika of European economic institutions adds another $98 billion to Greece’s debt, raising Greece’s total debt to more than $400 billion. Nearly all the $98 billion is earmarked for debt payments and to recapitalize the Greek banks. Wealth is extracted in the form of Greeks producing more, or cutting spending and raising taxes more, in order to create what’s called a primary surplus from which interest and principal is to be paid.

The Greeks aren’t going to have their goods produced and sold cheaper to Germany to re-export at higher price and profit — i.e. 19th century colonialism. Multinational corporations aren’t going to relocate to Greece so they can pay cheaper wages, lower costs, and then re-export to the rest of the world for profit — i.e. U.S. late 20th century colonialism. The Greeks are going to work harder and for less in order to generate a surplus that will return to the Troika institutions in the form of interest payments on the ever-rising debt they owe. The Troika are the intermediaries, the debt collectors, the State-Agency representatives of bankers and investors on behalf of whom they collect the debt payments. They are supra-state bodies and the new agents of financial wealth extraction and transfer.

The Greek-Troika MoU defines in detail the direct management as well as what and how the wealth will be extracted and transferred. The MoU begins by stating explicitly that no legislation or other action,  however minor, by Greece’s political institutions can be taken without prior approval of the Troika. The Troika thus has veto power over virtually all policy measures in Greece, all legislative or executive agency decisions, and by all levels of government.

Furthermore, Greece will no longer have a fiscal policy. The Troika will define the budget. It will oversee the writing of a budget. The MoU calls for a total restructuring of Greek taxes and spending that must occur in the new budget. Greece gets to write its budget, but only if that budget is the budget the Troika wants. And Troika representatives will monitor compliance to ensure that Greece adheres to the Troika’s budget. Every Greek agency and every Greek Parliament legislative committee will thus have its ‘Troika Commissar’ looking over its shoulder on an almost daily basis.

The MoU states the Troika also has the power to appoint “independent consultants” to the Boards of Greeks banks. Many old bank board members will be removed. Troika appointees will now manage the Greek banks on a day to day basis, in other words. Greek bank subsidiaries and branches outside Greece will be “privatized,” i.e. sold off to other Euro banks. The Greek banks are thus now Greek in name only. They will become appendages and de facto subsidiaries of northern Euro banks working behind the veil of the Troika and at the shoulder of their Greek banker counterparts.The several tens of billions of dollars allocated to recapitalize the Greek banks will reside in Luxembourg banks, not in Greece. Greece no longer has a monetary policy; the Troika has.

The $50 billion Privatization of Greek Government Assets Fund will remain in Greece. However, it will operate “under the supervision of the relevant European institutions,” according to the MOU. The Troika will decide what is to be privatized and sold at what (firesale) price to which of its favored investors.  In the meantime, privatization sales in progress or identified will be accelerated.

The Case of Ukraine

In Ukraine’s case, only once U.S. and Euro bankers were installed as Ministers of Finance and Economics last December 2014, were more loans promised to Ukraine. The U.S. and EU put in another $4 billion in January, and the IMF quickly announced the new $40 billion deal in February. After the $40 billion, Ukraine’s debt rose from $12 billion in 2007 to $100 billion in 2015. The new $100 billion debt will mean a massive increase in financial wealth extraction in the form of interest payments on that $100 billion.

Another form of transfer will occur in the accelerating of privatizations. No fewer than 342 former government enterprise companies are slated for sale in 2015, including power plants, mines, 13 ports, and even farms.  The sales will likely occur at firesale prices, benefiting U.S. and European “friends” of the new US and European ministers.  So too will the sale of Ukraine private companies approved by the new Ministers. One of every five are technically bankrupt and unable to refinance $10 billion in corporate junk bond debt. Many will default, the best scooped up by U.S. and EU shadow bankers and multinational corporations. What both Greece and Ukraine represent is the development of new more direct management of wealth extraction, and the transfer of that wealth in the form of financial assets.  In past government debt bailouts, the IMF and other institutions set parameters for what the bailed out country must do. But the country was left to carry out the plan. No longer. It’s now direct management to ensure the colony does not balk or delay on the transfer of financial assets enabled by ever rising debt.

This article also appears on the author’s website, Jack Rasmus: Predicting the Global Economic crisis. Dr. Jack Rasmus broadcasts a weekly radio program on the Progressive News Network. The broadcast of August 28, 2015 contains a segment on the recent debt deals between the IMF and Greece and Ukraine. Listen here, begining at the 34′ mark. Here is the introduction:


In the second half of the show, the recent debt restructuring deals just concluded in Greece and Ukraine in recent weeks indicate a new kind of colonialism may be emerging in the periphery of Europe, where debt is used as the ‘product’ by the colonizers to extract wealth and an income stream from the ‘colony’ by means of financial asset transfer instead of direct low wage and low cost production of goods—as in the case of past forms of colonialism. Jack reviews in detail the recent Memorandum signed by Greece and the Troika, which not only reveals even more austerity but now a direct management of the Greek colony economy to ensure payments on the $400 billion plus debt continue to be made. Direct management is a new feature of the new ‘inside’ colonialism. Direct management is even more blatant in the case of the Ukraine deal, Jack explains, where former U.S. and EU shadow bankers now run Ukraine’s economy on a day to day basis. Depressions will get worse in both countries and more debt restructurings are inevitable.