The myth of the “Cartel of the Suns”: Drug trafficking, organized crime and politics in Venezuela 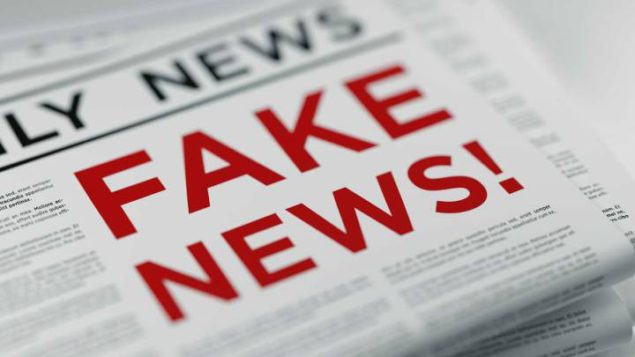 In this essay, published by the El Perro y la Rana Publishing Foundation, the Spanish journalist and international analyst, Fernando Casado, denies the existence of this organization and shows enough evidence to consider it a fictitious construction of the imperial media to delegitimize the legitimate authorities of the Bolivarian Government of Venezuela and to justify a foreign intervention to impose a change of regime.

In the work, the author continues and deepens the investigation on the informative matrix, led by the transnationals of international communication, that points out leaders of the Bolivarian Revolution of being part of the mentioned criminal organization.

In 2017 we published a work referring to the “Cartel of the Suns” scandal, which we described as “a new invention to attack Venezuela” (Casado, 2017). The objective of our work from the beginning was to find any kind of evidence, beyond rumors, suspicions or speculations that could lead us to prove the existence of the famous “Cartel of the Suns” that occupied so many headlines of the renowned international press.

However, the search was unsuccessful and the lack of evidence on that occasion led us to conclude that the vaunted “Cartel of the Suns”, as portrayed by the media, simply did not exist.

The “Cartel of the Suns” is then a construction whose objective was and still is to portray Venezuela as a narco-State, that is, a rogue State with which nothing can or should be negotiated. Coupled with this narrative, Nicolás Maduro would therefore no longer be a President, but rather the Cartel’s kingpin, and in consequence would be dispossessed of the power and legitimacy of a Head of State. Moreover, Maduro would no longer be considered a dictator but rather a criminal who together with his gang of thugs is getting rich with the drug business. As a result, any intervention to overthrow a ruler turned drug-trafficker and put an end to the illegal organization ruling Venezuela would be justified.

In fact, as time passes, this narrative has been promoted and amplified together with the hostility of the ultra-conservative government of Donald Trump, which has hampered any kind of rapprochement between opposition and government in Venezuela and who dreams of an armed intervention in the country and an outcome like that of Manuel A. Noriega in Panama in 1989.

Four years after our first study on the “Cartel of the Suns”, the objective remains the same, to gather the evidence that proves its existence. But most importantly is to find the ties between Nicolás Maduro and his top officials with the criminal organization.

The media and certain interested organizations have not stopped publishing high-profile headlines trying to position the Bolivarian Republic of Venezuela as a rogue State. Recent reports and headlines have openly affirmed the Venezuelan government’s relationship with drug trafficking: “Venezuela: A Mafia State? Venezuela Has Become an Axis of Organized Crime in the Region” (Insight Crime, 2018) [1]; “Venezuela, Drug Trafficking Bridge, Also Becomes a Producer”[2]; “Venezuela’s Regime Fills Its Pockets with Drug Money” [3]; “The Papers that Explain [4] ‘State Drug Trafficking’ in Chavista Venezuela”.

The imposition onto international public opinion that Venezuela is indeed a narco-State justified, in the middle of the coronavirus pandemic at the end of March 2020, that the U.S. placed a price on Nicolás Maduro’s head of 15 million dollars.

Our intention is to elucidate how much truth there is in these accusations which to the press and certain political actors have always been irrefutable evidence, despite the lack of rigorous sources and reliable studies.

Author’s Warning About this Research

As already mentioned, during the course of this investigation our main objective has been to obtain evidence of the existence of the “Cartel of the Suns”, therefore, all the steps were taken to obtain more information from those sources that claimed to have the certainty of the existence of evidence or that published compromising information about the “Cartel of the Suns”.

It was then a matter of contacting various sources for further inputs. First, the International Narcotics Control Board, a supposedly independent body attached to the UN, was contacted. As we will analyze later in depth, it stated in its 2019 report, published in early 2020, that it had evidence of the existence of the “Cartel of the Suns”. Second, the Insight Crime organization was contacted. In one of its reports dated 2018 and dedicated to Venezuela, it claimed to have contacted anonymous sources at the Department of Justice. Its co-director, Jeremy McDermott, gave interviews to countless media outlets, yet in our case, they did not even deign to reply to our emails. Finally, Herald Tribune reporter Antonio María Delgado was also contacted. He had assured that his newspaper had access “to the extradition request for former Chavista spy chief Hugo Carvajal”, a 140-page document “that shows a detailed X-ray of the so-called ‘Cartel of the Suns.'” [5]

Up until the submission deadline for this piece, there was no response from those who allegedly had the evidence on the existence and functioning of the “Cartel of the Suns”. This silence does constitute evidence of the lack of transparency and access to data surrounding an organization that has come to be called “Cartel of the Suns”, which according to our hypothesis, belongs more to the world of fairies and unicorns than to the real one.