The lethal legacy of the U.S. war in Vietnam

Fifty years after the first U.S. troops came ashore at Da Nang, the Vietnamese are still coping with unexploded bombs and Agent Orange. 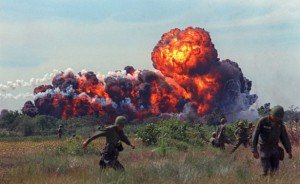 On a mild, sunny morning last November, Chuck Searcy and I drove out along a spur of the old Ho Chi Minh Trail to the former Marine base at Khe Sanh, which sits in a bowl of green mountains and coffee plantations in Vietnam’s Quang Tri province, hard on the border with Laos. The seventy-seven-day siege of Khe Sanh in early 1968, coinciding with the Tet Offensive, was the longest battle of what Vietnamese call the American War and a pivotal event in the conflict. By the off-kilter logic of Saigon and Washington, unleashing enough technology and firepower to produce a ten-to-one kill ratio was a metric of success, but the televised carnage of 1968, in which 16,592 Americans died, was too much for audiences back home. After Tet and Khe Sanh, the war was no longer America’s to win, only to avoid losing.

I learned later that this ravishing forested landscape was something of an illusion. In defense of Khe Sanh, the US Air Force dropped 100,000 tons of bombs on the surrounding mountains, stripped the forests bare with Agent Orange and incinerated them with napalm. Since the war, the Vietnamese government has replanted this barren and eroded land, part of a national effort to rehabilitate the portions of Vietnam that were devastated by herbicides—an area the size of Massachusetts… 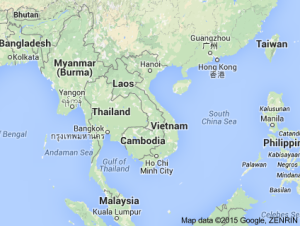 If anywhere embodied Air Force Gen. Curtis LeMay’s famous threat to bomb Vietnam back into the Stone Age, it was Quang Tri province, which was split in two by the demilitarized zone (DMZ) between North and South Vietnam. This is the skinny waist of Vietnam, a long snake of a country that stretches 1,000 miles from north to south. Hemmed in by the Annamite Mountains to the west and the South China Sea to the east, Quang Tri is only thirty miles wide in places. It’s smaller than Delaware, covering a little more than 1,800 square miles. Yet that tiny piece of earth is the most heavily bombed place in history; a greater tonnage was dropped here than on Germany in the whole of World War II…

“Instead of confronting the truth, we scrubbed the record clean—and we’re still paying for it in Afghanistan and Iraq today.”