International actors were both a benefit and a detriment to the Kurdish struggle for representation, Wladimir van Wilgenburg and Harriet Allsopp write in their book, “The Kurds of Northern Syria, Governance, Diversity and Conflicts.’’

The authors sketch the picture of how Turkey was a detriment to Kurdish representation and why the Turkish army invaded Syria to obstruct the Kurds both in the summer of 2016 and in early 2018. Of course, the current and possibly final attack on the lands east of the Euphrates isn’t in the book, but after reading “The Kurds of Northern Syria’’, you understand the current crazy news cycle. 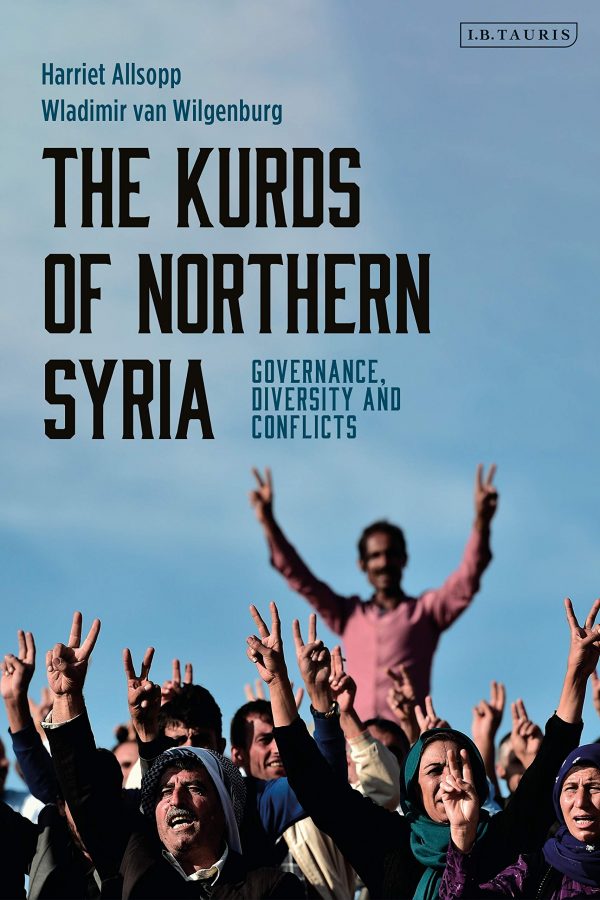 The role of Turkey in developments in northern Syria since the Syrian uprising began and unravelled into the war, is made explicit at the end of the book. In five pages it becomes clear how Turkey has focused on hindering the Kurds in setting up their own administration in the parts of Syria that fell under their control in 2012, when Syrian President Bashar Assad decided to withdraw its army from these regions to focus on fronts elsewhere in the country. The reason why Turkey behaved this way, may by now be considered well-known: it equals the (political) Democratic Union Party (PYD) and the (armed) People’s Protection Units (YPG) is the equivalent of the Kurdistan Workers’ Party (PKK), therefore considers them terrorists and terrorists have to be wiped out and their structures annihilated.

But whatever Turkey tried, it wasn’t successful. For example, from the beginning of the Syrian uprising and war, Turkey has used its power over the Syrian opposition, which was based in Turkey, to make sure Kurdish demands for representation within the opposition weren’t met. Turkey has also met with representatives of the PYD to pressure them into becoming part of the Free Syrian Army (FSA), but to no avail. Then there was the reluctance to fight the Islamic State (ISIS) because the group was a bulwark against Kurdish expansion. There were two cross-border operations into Syrian territory (one in summer 2016, one in 2018, the latter leading to the occupation of Afrin), but basically, the Kurds didn’t blink an eye and consistently kept implementing their ideology.

This imperturbable behaviour of the PYD/YPG makes it close to impossible to get a grip on them. The book doesn’t explicitly say it – it is too academic for such extravagances – but you can feel Turkey’s increasing frustration and fury between the lines. And not only the frustration of Turkey, but the frustration of those Kurds who don’t agree with the PYD/YPG as well. The leadership of the PYD/YPG just started implementing their ideology, regardless of what others thought of it and even regardless of agreements they had made with other groups.

The most important opposition to the PYD/YPG came from Kurdish groups that have their roots in the late 1950s, who united in the Kurdish National Congress (KNC). Deals were brokered between the two blocks to share power, but in practice, the PYD/YPG shrugged their shoulders over these deals and implemented the system they wanted. The KNC refused to participate because they had fundamentally different ideas about Kurdish representation. While the PYD/YPG system (called ‘democratic confederalism’) was based on local democracy with equal rights for women and ethnic and religious minorities, the KNC’s ideology was Kurdish nationalism. These two could impossibly meet.

The intractability, or phlegmatism if you prefer, and due diligence of the democratic confederalists soon gave them the upper hand. The KNC ended up in the margins. The PYD/YPG (the organisation is more complicated than just these two entities, but let’s not get into that web now) managed to expand the territory under its control extensively, especially after the battle for Kobani in late 2014, during which the cooperation with the international coalition against ISIS started. The Kurdish-Arab Syrian Democratic Forces (SDF) were established to take the war against ISIS outside Kurdish territory, until roughly a third of the territory of Syria was (starting to get) organized according to the democratic-confederalist system. The system is described in detail in the book, from the organisation of communes and councils to the set up of the media, economy, education system and the security of the administrations. Also, the rights of minorities and women are explained.

In the history of Syria, Kurds have never been represented in governance. On the contrary: Kurdish political parties were not free, Kurdish language and culture were suppressed and many Syrian Kurds were even robbed of their citizenship. After Allsopp and Van Wilgenburg sketch the effect this had on the identification of Kurds and the functioning of their political parties, they dive into the way the new system influences the way the Kurds look at themselves. What is great, is that this is not just based on the analysis of interviews and written sources, but also on a survey that Van Wilgenburg (Allsopp worked mainly from the UK) carried out among 180 randomly chosen civilians throughout the region. It is exemplary of the academic and journalistic work of Van Wilgenburg, who may be based in the Kurdistan Region in Iraq but travels to Kurdistan in Syria more often than any unaffiliated non-Kurd probably ever has.

A total of 180 surveys may not be enough to draw far-reaching conclusions, as also the authors point out, but the results offer interesting food for thought. The questions, focusing on identity and representation, indicate regional differences in how Kurds perceive themselves and how much they feel represented by the new system. The latter is of crucial importance for the success of democratic confederalism, since it claims to lay governance in the hands of the people themselves: any result indicating that the people don’t feel represented would automatically render the system unviable.

Most of the participants do feel represented, it turns out. Maybe their identification doesn’t directly indicate that, since two-thirds of the participants in the regions of Kobani and Jazira identify as ‘Muslim’ and democratic confederalism is secular.

However, when asked about their political ideology, only eight of all the participants answered ‘religious’, showing that Kurds to a large extent consider their religion a private matter. Even more so since, the authors suggest based upon comments by those surveyed, ‘the perpetration of atrocities in the name of Islam by ISIS and its deliberate targeting of the PYD established racial religious ideologies as existential threats to the Kurds’. Truths demand to add that at the same time, some participants identified the PYD as a threat to their religious beliefs because of its secular character.

Readers may find it peculiar that the book focuses solely on Kurds. After all, especially within the system of democratic confederalism, it is essential to know how represented minorities like Assyrians, Armenians, Arabs and Turkmen feel. But the focus has a logical reason. The book was intended as one of four volumes focusing on Kurds in the four parts of Kurdistan: this one about ‘Rojava’ (west Kurdistan, in Syria), one about Bakur (north, in Turkey), one about Basur (south, Iraq) and one about Rojhilat (east, Iran). Since the man taking the initiative for the series, Dr. Faleh A. Jabar, passed away last year, it remains unsure if the other parts will be published.

The in-depth description of democratic confederalism in practice makes Turkey’s frustration-to-boiling-point with it ever more insightful. What ‘the Kurds’ in Syria do, is radically opposed to what Turkey is all about: a centrally lead, highly nationalist state that doesn’t offer any space or safety to identities that are not state-sanctioned – or to women, for that matter. The Kurds in Turkey, whose movement adheres to the same ideology of democratic confederalism, get inspired by the ‘revolution’ in northern Syria, and the inspiration for the struggle is vice versa. As it increasingly became clear that Assad was going to win the Syrian war, with a small chance of some sort of recognition of the Kurds’ autonomy looming at the horizon, Turkey felt it had to act.

There is no doubt about Turkey’s goal: extinguish democratic confederalism. If Turkey fails, ‘The Kurds of Northern Syria’ offers insight in what the Kurds have started to build. If Turkey reaches its objective, the book shows what the people of northern Syria became familiar with – and may want to continue their struggle for.

Fréderike Geerdink, a journalist for 25 years, worked as a Turkey correspondent since 2006. Between 2012 and 2015, she was the only foreign journalist based in Diyarbakır. After she was expelled from Turkey due to her work in 2015, she decided to return to Kurdistan: she stayed with the Kurdistan Workers Party (PKK) for one year to write a book about the organisation. The book was published in her home country, the Netherlands, last May.