The Iranian Revolution Turns Forty: Dare to Know, Have the Courage to Act! 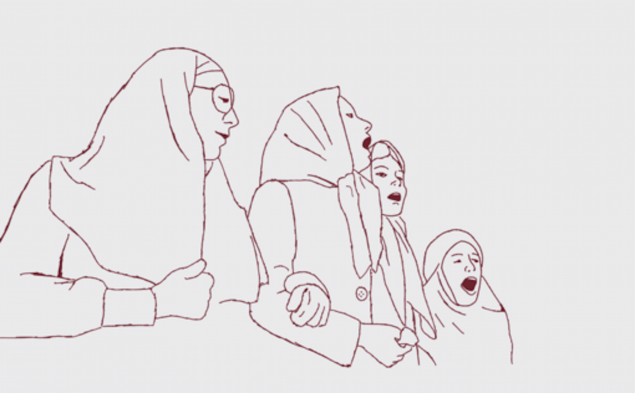 Legend has it that in 1972 when the Chinese Premier Zhou Enlai was asked about the impact of the French Revolution his response was that “it’s too soon to say.” Although the accuracy of the story has been questioned, I believe that legendary response remains historically apposite. What revolutions do, their failure or success, their lasting impact, their tangible and intangible achievements are often expressed in contradictory terms and difficult to ascertain. The Iranian revolution of 1979 is not an exception. Iranians mark the fortieth anniversary of their revolution at a moment that cries of regret are commonly heard all over the country, in rural areas as well as in urban centers. These voices are openly heard on the streets of big cities and small towns, among the downtrodden and affluent classes alike. The discontent is also echoed and encouraged by a host of exilic media, American and European Persian TV and radio networks, mourning the revolution and romanticizing the ancien régime. These broadcasts highlight ongoing corruption, repression, cultural and social alienation, gender and ethnic discrimination, economic hardship, and regional destabilization. And of course, every year on the anniversary of the revolution the question is asked for how much longer the regime will last, a question that is as old as the revolution itself.

Those grievances are legitimate, particularly the problem of corruption and the deepening of social inequality. This is not a secret. It is discussed in every single session of the Iranian Parliament and widely written about in newspapers and op-ed pieces inside Iran. Almost invariably in these discussions, intellectuals, pundits, government officials, and members of the parliament still invoke the authority of revolutionary discourse to warn about the growing cleavage between the promises of the revolution and the realities of everyday life in the country. Long are gone the days that Ayatollah Beheshti, the once powerful Vice Chair of the Constitutional Assembly and the influential Head of the Judiciary until his assassination in 1981, set goal of the distribution of wealth in society to a one-to-three ratio between the lowest and the highest income. That egalitarian mantra lives but only as a shibboleth with no correspondence with the facts of life.

All that is true. But should one question the wisdom of revolutionary transformation that ended the autocratic rule of the Shah, repositioned Iran as a regional power, and turned Iran into a vibrant, rights-conscious, participatory, and engaged society? The revolutionary will that once toppled the fifth largest military in the world with bare hands and marching feet also brought a historical awakening to Iran that shapes the collective consciousness of the nation to this day. That consciousness continues to manifest itself in different forms of dissent and civic engagement.

The revolution in Iran happened at the time when the very idea of revolution had become suspect in intellectual circles in the West. The disillusionment of the European Left with both the Soviet and the Chinese experiments, and their own failure to mount a revolutionary campaign after 1968, made the ideas of utopia and revolution increasingly synonymous with totalitarianism and the reign of terror. At the time, the disenchanted European Left joined the chorus of liberals calling terror an inherent feature of revolution and radical transformation of society a foreboding utopia.

The Iranian revolution shared its spirit with postcolonial Afro-Asian and Caribbean resistance movements that changed the axis of politics in the world from the East-West antagonism to the South-North struggles. It was a revolution that, like many others around the globe, sought to shore up the nation’s right of self-determination and by doing so rearrange the global political and economic hierarchies that sustained an imperialist world order. The Iranian revolution was the embodiment of a spirit that enchanted the world of the downtrodden from Manley’s Jamaica to Sukarno’s Jakarta, from Cape Town to Cairo, from Managua to Manila. Iranians were dreaming that they could build a just world. In Iran, the spirit engulfed the entire nation and brought with it an enduring sense of empowerment that now enters its fortieth anniversary. The courage displayed during the revolutionary movement, the fearlessness that propelled the revolution forward, the dignity with which the masses asserted themselves, and the determination manifested in history-making marches and strikes created a new nation that continues to exercise its audacity, creativity, and confidence.

Forty years ago, imperialism, colonialism, capitalism, and individualism were conditions that a great majority of people around the world demanded to overcome. Justice, equality, equity, and participatory governance were not markers of intellectual distance between visionaries and the disinherited masses. Today, that revolutionary vernacular sounds passé and obsolete. A whole industry of anti-revolution propaganda, informed by a global network of neoliberal top-down, controlled, piecemeal modernization, dominates the way many think about the Iranian revolution and other radical political experiments in the global South. Now, a commonplace view renders revolution as an infantile disorder to reshape a world that has already reached the end of its history–what we have is what we get.

Forty years ago, Iranians embodied the German philosopher Walter Benjamin’s definition of revolution and took a leap into the open sky of possibilities, a costly leap into a world of uncertainty. Forty years later, the Iranian exilic media, with their massive capital, and the same imperialist powers whose interests the revolution contained, manufacture nostalgia of prerevolution days of glory. Days when an autocratic monarch slowly but steadily carried his nation through the “gates of great civilization,” as he used to proudly stress, toward a future that promised to revive the grandeur of the ancient past– only if his flock quietly and obediently followed his lead with eyes closed, heads down, and mouths shut.

Today, an invigorating civil society, massive engagement of women in public affairs, an ingenious cinema, exemplary artistic and intellectual productions and networks in Iran exist because, and not despite, of the revolution. The revolution has left a legacy of fundamental transformation of the way people see the world, relate to themselves and to others, understand rights and responsibilities, and hold those in power accountable for what they do and what they refuse to do. There is no question that the leap Iranians took forty years ago let them to a perilous road through the reign of terror, war, international political strain and debilitating sanctions. This anniversary belongs to those who believed and continue to believe that courage and dignity cannot be burdened by fear and obedience.