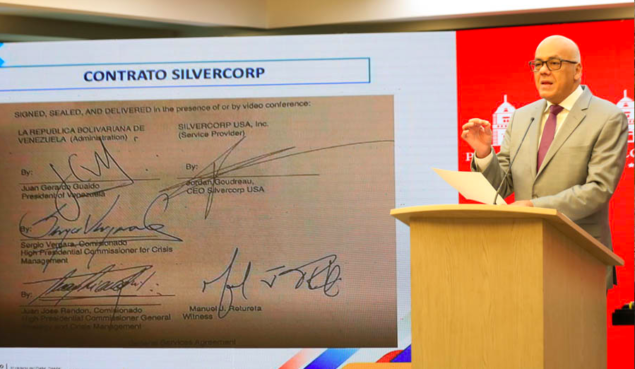 The contract between Juan Guaidó and Jordan Goudreau is one scary document. Not only does it commit to the assassination of President Maduro but also to the occupation of the whole country and the dissolution of Venezuela’s State institutions. Furthermore, in supporting this, Trudeau, Freeland and Champagne put Canada in legal jeopardy.

The contract between Juan Guaidó and Jordan Goudreau is one scary document. Not only does it commit to the assassination of President Maduro but also to the occupation of the whole country and to the dissolution of Venezuela’s State institutions.

In supporting this, Canada’s Prime Minister Justin Trudeau, Deputy Prime Minister Chrystia Freeland and Foreign Affairs Minister François-Philippe Champagne is putting Canada in legal jeopardy: aiding and abetting the assassination of the leader of another country is a crime.

Venezuela’s Vice-President Jorge Rodriguez analyzed the 41-page contract between Guaidó, J.J. Rendón and Jordan Goudreau’s company SilverCorpUSA, which describes the conditions for executing an invasion of Venezuela to depose and assassinate Maduro.

In the contract with the security company, Member of the National Assembly Juan Guaidó assures himself that he will be in charge of the operation. In other words, he’s the boss. He even had the signing audio-recorded for prosperity.

The contract allows members of the security company to wear the exclusive uniforms of the Venezuelan Armed Forces.

The contract did not end with the first objective: to kill the Venezuelan President. It was extended in time to exercise control of the territory, to fight forces loyal to the legitimate government and for that purpose it was authorized to use weapons, uniforms and captures.

The contract has 41 pages in this Appendix. It can be downloaded in English here.

This contract and the attempted coup is study and action material for human rights defenders, politicians, artists, authorities. This is how the invasion and occupation of Venezuela was contracted.