The far right, the Euromaidan, and the Maidan massacre in Ukraine 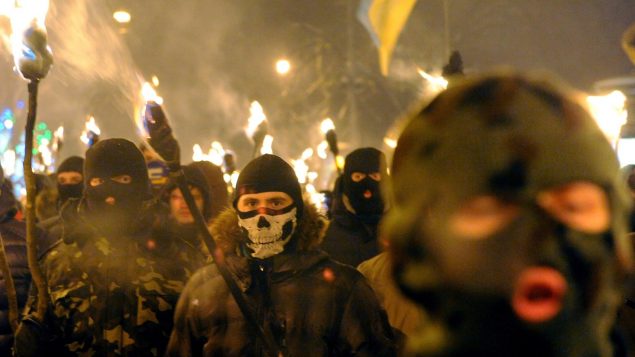 Abstract: This study examines the role of the far right in the Euromaidan in Ukraine, primarily in the Maidan massacre and other key cases of violence. The involvement of far- right organizations in these crucial events in the Ukrainian and world politics has been politicized and polarized in Ukraine, the West, and Russia. This study analyzes various data sources, such as online live streams and TV broadcasts, videos, broadcasts of the Maidan massacre trials, the data- base of court decisions in Ukraine, media reports, and field research on the Maidan. The findings reveal that radical nationalist and neo-Nazi organizations had significant but minority representation among the Maidan leadership and protesters. However, the analysis shows that the far-right organizations and football ultras played a key role in politi- cal violence such as attempting to seize the presidential administration and the parliament. It reveals involvement of the Right Sector in violent clashes with the Berkut special police force during the highly publicized dispersal of Maidan protesters on November 30, 2013. The Right Sector and Svoboda had crucial roles in the violent overthrow of the Yanukovych government, in particular, in the Maidan massacre of the protesters and the police.

The far right, the Euromaidan, and the Maidan massacre in Ukraine

Ivan Katchanovski teaches at the School of Political Studies and the Conflict Studies and Human Rights Program at the University of Ottawa. He received Ph.D. from the Schar School of Policy and Government at George Mason University. He is the author of Cleft Countries: Regional Political Divisions and Cultures in Post-Soviet Ukraine and Moldova and co-author of Historical Dictionary of Ukraine (2d edition) and The Paradox of American Unionism: Why Americans Like Unions More Than Canadians Do, But Join Much Less.

Earlier versions of this article were presented at the Annual Meeting of the American Political Science Association (APSA) in Philadelphia, September 1–4, 2016 and the Annual Conference of the Canadian Association of Slavists (CAS) in Ottawa, May 30–June 1, 2015. I am thankful to George Soroka, participants of these conferences, and anonymous reviewers for their comments and suggestions.