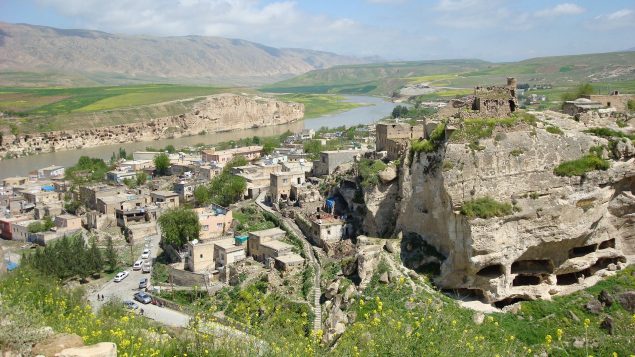 As the Ilısu Dam begins to fill with water, submerging what remains of the 12,000 year old ancient city of Hasankeyf in the heart of the Tigris Valley, two articles have appeared within days of each other; one sounding the likely death knell of the historic site, the other a desperate cry for global action. 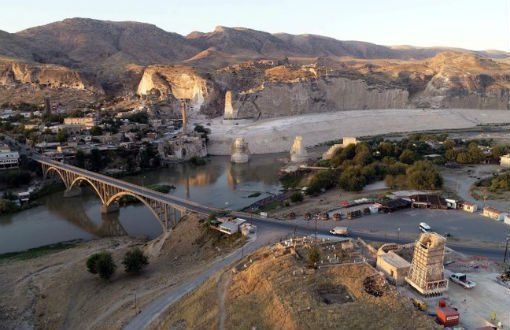 Hasankeyf to be Cordoned Off and Closed to Traffic: It is a Cordon of Destruction

The Ilısu Dam is about to engulf the 12,000-year-old ancient city of Hasankeyf and its surrounding Tigris Valley.

The gates of Ilısu Dam were closed by the General Directorate for State Hydraulic Works (DSİ) authorities on July 18. Since then, the dam reservoir has been filled with water, albeit at a low level.

The meeting was also attended by representatives from the Housing Development Administration of Turkey (RTÜK).

‘Entries and exits won’t be allowed’

Speaking at the meeting, Governor of Batman Hulusi Şahin has stated that the road of the new Hasankeyf residential area will be opened to traffic as of October 8, 2019, announcing that once this road is opened, the old Hasankeyf road will be closed to traffic:

“For that reason, our citizens have to make their plans according to the calendar of [general directorate for] highways. Their time is running out.”

Hasankeyf Coordination has made the following statement about the issue:

“This cordon is a cordon for destructing 12,000-year history and Tigris Valley. 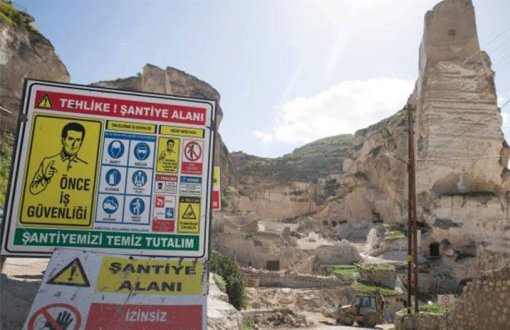 The Ilısu Dam is about to engulf the 12,000-year-old ancient city of Hasankeyf and its surrounding Tigris Valley.

After the gates of the dam were closed last month and the water retention began, the Governorship of Batman announced this week that the old road of Hasankeyf will be closed to traffic in October.

The Hasankeyf Coordination, in an attempt to prevent the dam from becoming operational, decided to organize an action day on September 14.

The coordination released a statement, briefly saying the following:

Once again, saying ‘It is not too late for Hasankeyf’, we call on people and civil society organizations who love life and solidarity to participate in the ‘Action Day to Do/Draw/Say Something for Hasankeyf’ on the global level on September 14, 2019.

We are at a critical threshold for the common heritage of humanity. The water is being retained and Hasankeyf is attempted to be closed to the public. Let’s take action for Hasankeyf and the Tigris River with our conscience and creativity, especially with the universal power of art!

Let’s raise our voices against Ilısu, a project of destruction and exploitation, with the art we will produce and put forth on September 14 and before. In recent months, as many people and institutions in our country have begun to raise their voice for all living things and culture in the Tigris Valley, the government has had to postpone the water retention it announced at the Ilısu Dam for June 10, 2019. Despite all the protests, we realized on July 23, 2019, that the government has quietly launched water retention and wants to make us face a fait-accompli.

But we never accept this now and at a later stage. The Tigris Valley hasn’t been lost yet, there are many values we can save. Above all, there is hope to be gained for nature, culture and habitats.

In Hasankeyf and Tigris, Kaz, Cudi and Munzur Mountains, Salda Lake, the Northern İstanbul and METU forests, and dozens of other places, we see that there is a struggle to live against the imposed destruction.

Wherever you are in the world on September 14, take your instruments and play outside or at home and / or sing for the cultural and natural heritage of the threatened Tigris Valley.

Draw Hasankeyf, Tigris and other threatened nature and habitat on canvas, paper, walls or floor using a brush, pen or your hands. We have something to do for Hasankeyf, which has a value above identities. Hasankeyf and Tigris are waiting for you and me. Let’s not let a few companies rip out the heart of our region for the sake of making more money and for the government to develop policies of domination.

Yes, it’s time to do something for Hasankeyf. By sharing photos and videos of our work already with the hashtag #HasankeyfİçinGeçDeğil (It’s not too late for Hasankeyf), or with the hashtag that will be announced on the social media accounts of the Hasankeyf Coordination at 8 p.m. on September 14, we can turn public attention to the cry of Hasankeyf and Tigris and stop the project.” 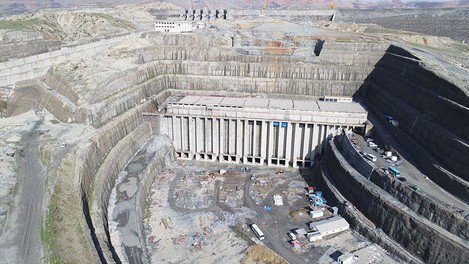 When the Ilısu project came to the fore in 2005, the construction of the dam was tried to be prevented with a stronger campaign. As a result of this, the Initiative to Keep Hasankeyf Alive emerged.

Hasankeyf and the Tigris Valley are still there as a result of the struggle of tens of civil society organizations who oppose the construction of the dam. But the process has become more difficult lately.

In 2017, seven monuments were moved from Hasankeyf. Two monuments, one of them is the famous Tigris Bridge, were covered with rocks under the guise of ‘restoration’.

More than 200 caves that were dug in Neolithic Era pioneers and large parts of the valley next to the castle were filled with excavation waste.

According to statements by authorities, dam gates will be closed and the dam will begin to fill with water. If the gates are closed, Hasankeyf will be totally submerged into water within four to eight months. 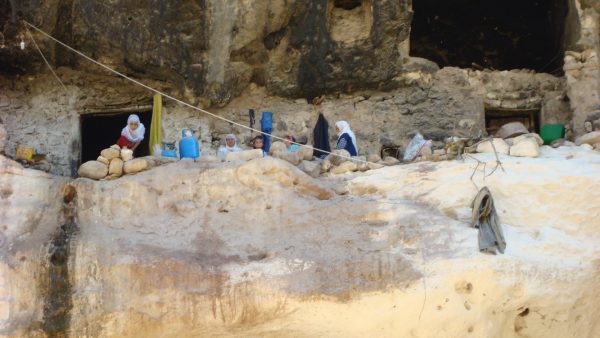