The contract on Corbyn 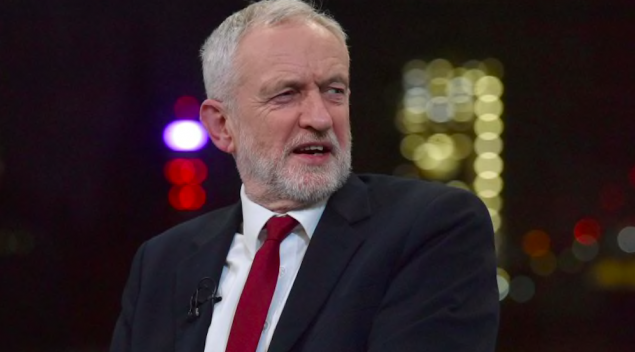 Jeremy Corbyn during a BBC interview in London. JEFF OVERS/BBC/רויטרס

As the UK general election gets closer, the remorseless accusations of anti-Semitism made against Jeremy Corbyn are increasing. The climax came last Tuesday in a vicious attack by the Chief Rabbi of Britain, Ephraim Mirvis. But according to Haaretz columnist, Gideon Levy, Corbyn is not an anti-Semite. His real sin is to fight against injustice in the world, including the version Israel perpetrates…

The Jewish establishment in Britain and the Israeli propaganda machine have taken out a contract on the leader of the British Labour Party, Jeremy Corbyn. The contract was taken out a long time ago, and it was clear that the closer Corbyn came to being elected prime minister, the harsher the conflict would get.

On Tuesday it reached its climax in an article by the chief rabbi of Britain, Ephraim Mirvis, in an article in The Times. Mirvis has decided that the anxiety of British Jews over Corbyn is justified and he is not fit to be prime minister. He called on Jews not to vote for Labour in the election on December 12.

Born in South Africa and a graduate of Har Etzion Yeshiva in the settlement of Alon Shvut, Mirvis is the voice of British Jewry. In Capetown, Johannesburg and Har Etzion, he should have learned what apartheid was and why one should fight it. His parents did so, but one doubts that he learned the moral lesson from the regions of disenfranchisement in which he lived in South Africa and the West Bank.

As opposed to the horrid Corbyn, Mirvis sees nothing wrong with the continued occupation; he does not identify with the struggle for Palestinian freedom, and he doesn’t sense the similarity between the South Africa of his childhood, Har Etzion of his youth and Israel of 2019. That is the real reason that he rejects Corbyn. The Jews of Britain also want a prime minister who supports Israel – that is, supports the occupation. A prime minister who is critical of Israel is to them an exemplar of the new anti-Semitism.

Corbyn is not an anti-Semite. He never was. His real sin is his staunch position against injustice in the world, including the version Israel perpetrates. Today this is anti-Semitism. The Hungarian Viktor Orban, the Austrian Freedom Party and the extreme right in Europe are not the danger to Jews. Corbyn is the enemy. The new and efficient strategy of Israel and the Zionist establishment brands every seeker of justice as an anti-Semite, and any criticism of Israel as hatred of Jews. Corbyn is a victim of this strategy, which threatens to paralyze and silence Europe with regard to Israel.

British Jewry might not be faking its anxiety, but it is certainly magnifying the danger. There is anti-Semitism, though less that what is presented, certainly on the left. About half of British Jews are considering fleeing if Corbyn is elected. Let them flee. The survey that showed this could actually encourage anti-Semitism: Are the Jews of Britain conditionally British? To whom is their loyalty?

The future of all British Jews is much more secure than the future of any Palestinian living under the occupation, and even more secure than that of any Arab living in Israel. Jews are persecuted and are victims of discrimination and racism less so than the Palestinians in the Israel they hold dear. Moreover, Islamophobia in Europe is more common than anti-Semitism, but people talk about it less. 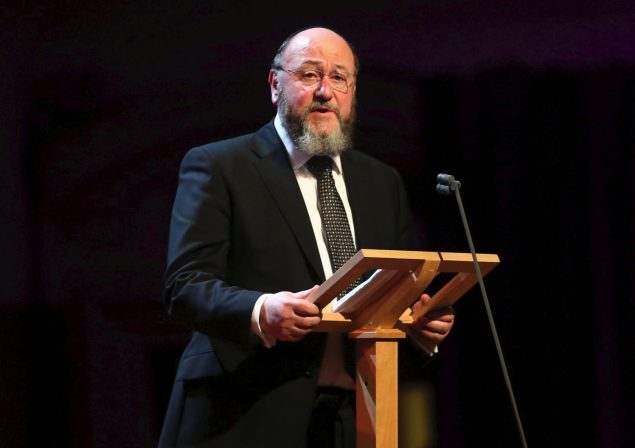 Mirvis presents no evidence of Corbyn’s anti-Semitism. It sufficed for him to note the fact that Corbyn described as “friends” those who “endorse the murder of Jews” – a reference to Corbyn’s comments on Hezbollah and Hamas. Corbyn is indeed a very harsh critic of the occupation, supports the boycott and compares the closure of Gaza with the siege of Stalingrad and Leningrad. These are anti-Israeli positions, but not necessarily anti-Semitic. The Jews of Britain are blurring this difference as are many Jews throughout the world, intentionally. One can (and should) be a harsh critic of Israel without being anti-Semitic.

If the Jews of Britain and their chief rabbi were more honest and courageous, they would ask themselves: Isn’t Israel’s brutal occupation policy the strongest motive for anti-Semitism today? There is anti-Semitism, it must be fought, but it must also be recognized that Israel supplies it an abundance of excuses and motives.

Breaking news and analyses in your inbox

The Jews and Israel’s true friends should hope that Corbyn is elected. He is a statesman who can change international discourse about the occupation and the struggle against it. He is a ray of hope for a different world and a different Israel – and what more could we want.