The Case of Meng Wanzhou: American Sheriffs Acting Outside of Their Jurisdictions 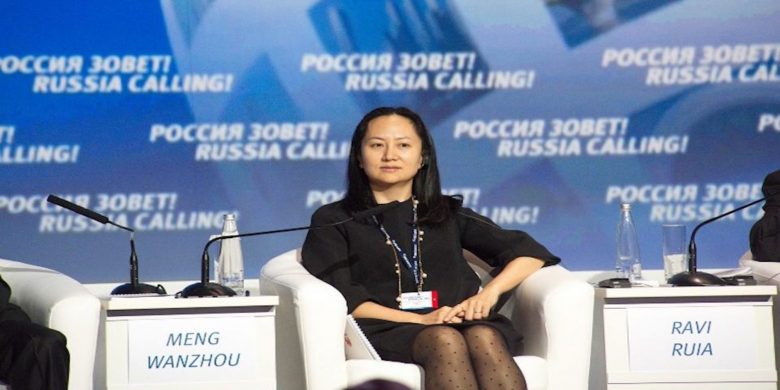 Meng Wanzhou, the daughter of the founder of Huawei, has been released on bail after appearing in a Vancouver court. Photo: AFP

The arrest of Meng is regarded as an unusual extraterritorial application of US law and her extradition to stand trial in the United States for a Chinese firm’s commercial links with Iran is highly dubious under international law.

The arrest of Meng represents an unusual extraterritorial application of US law to Meng, a foreign national, in a third country, Canada. The extradition of Meng to stand trial in the United States for a Chinese firm’s commercial links with Iran is highly dubious under international law. The arrest of Meng has sent a chill through foreign firms that continue to maintain commercial ties to Iran after the Trump administration’s unilateral withdrew from the Joint Comprehensive Plan of Action (JCPOA) nuclear agreement between Iran and China, Russia, and the European Union.

The arrest of Meng also shreds the post-G20 trade war truce recently agreed to by Trump and Chinese President Xi Jinping in Buenos Aires. Making matters worse, Trump was dining with Xi in Buenos Aires at the very same time that Meng was arrested in Canada.the average Chinese men and women on the street are so outraged by the US-directed arrest of Meng, they unabashedly speak to foreigners about going to war with the United States. Trump warned countries still adhering to the terms of the JCPOA that his administration would criminally sanction them and their companies if they continued financial links with Iran after the US unilaterally imposed drastic new sanctions against Iran on November 4. The Trump administration’s re-imposed sanctions were pressed by US national security adviser John Bolton and Secretary of State Mike Pompeo, both of whom take their direction from the government of Israel and its powerful interlocutors in Washington’s lobbying and political donor sectors, as well as Trump son-in-law Jared Kushner.

Another nation that could feel the wrath of Washington is Algeria. Its state-owned oil company, Sonatrach, awarded the China National Petroleum Corporation (CNPC) a $420 million contract to renovate its refinery in Algiers. Part of the contract, awarded on November 6, two days after increased US “secondary” sanctions were imposed on third parties with trade links with Iran, was for Huawei to provide telecommunications services. Neither Algeria, which maintains friendly relations with Iran, nor CNPC will take kindly to their citizens involved in the deal being arrested and extradited by third parties on flimsy US arrest warrants executed by officials in Washington taking their orders from pro-Israeli influence wielders.

Israel and the Trump administration are also exerting pressure on Ethiopia. They are warning EthioTelecom not to award a lucrative cellular network expansion project to Huawei. Another nation worried about the Trump administration’s intentions is the West African nation of Benin. Huawei is installing a fiber-optics network in Benin, which is guaranteed by a $80 million financial assistance package from the Chinese Eximbank. Trump administration officials have also warned South Korea away from a prospective contract for Huawei to install a broadband wireless network in the country.