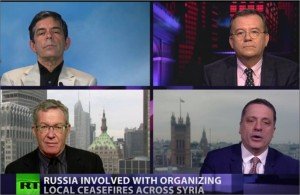 More than ten days into the ceasefire process, calm generally prevails in Syria. Both Russia and the U.S. emphasize the need to avoid delays in the negotiating process. The two most powerful actors are in agreement, but what about Washington’s allies in the region? Turkey and Saudi Arabia are not fully on board. A lot can still go wrong.