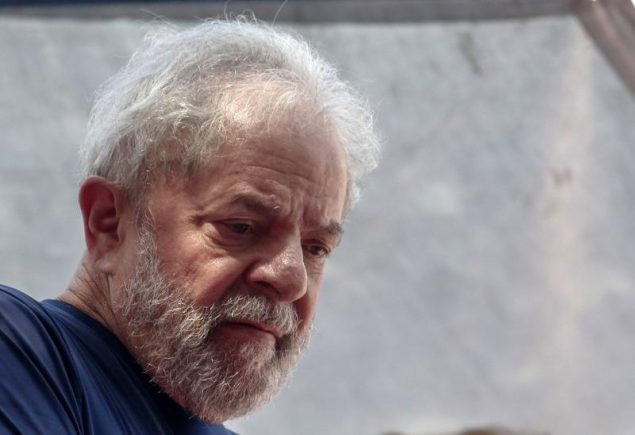 On the throes of the election of right-wing extremist Jair Bolsonaro, the country seems to be plunging into a political chaos that can only be addressed by reinstating the rule of law. This can only be achieved by freeing the country’s main political prisoner, former president and most popular political leader, Luis Inacio Lula da Silva.

Restoring the Rule of Law or Deepening into Dictatorial Rule: Brazil’s Dilemma

Brazil faces today one of its most dramatic institutional crisis that echoes its long and protracted history of successive democratic shortcomings. On the throes of the election of right-wing extremist Jair Bolsonaro, largely due to several illegal maneuverings by the country’s armed forces and key sectors of the judiciary to prevent Lula’s run, the country seems to be plunging into a political chaos that can only be addressed by reinstating the rule of law. This can only be achieved by freeing the country’s main political prisoner, former president and most popular political leader, Luis Inacio Lula da Silva.

Lula is serving a deeply controversial and flawed 12-year sentence at the regional headquarters of the Federal Police in the city of Curitiba, where current Justice Minister Sergio Moro used to head the investigations of Lula’s accusation of having received kick back payments from construction giant OAS. No single evidentiary element has ever been bought to fore but Lula was nonetheless condemned by Moro amidst the election that brought Bolsonaro to power and elevated Moro to his current cabinet position.

No longer able to rule on Lula’s case, Moro has consistently advised prosecutors and current judges working on the case. This include judges Carolina Lebbos and Paulo Eduardo de Sorci who early today decided today to transfer Lula to a penitentiary in the state of Sao Paulo based on a strange request by the Federal Police that alleged that Lula’s imprisonment was proving too costly. Lula’s defense team quickly acted to prevent the transfer since the condition of Brazil’s penitentiaries is dismal and the transfer would likely put Lula’s life in danger.

This action sparked a huge mobilization by Lula’s supporters on social media, to the point by the day’s end, in an equally surprising move, several parties in Congress, including Brazil’s equivalent to the Speaker of the House, Rodrigo Maia, a staunch opponent of Lula and key support of Bolsonaro, called on STF, the country’s Supreme Court to stop the transfer. On a similarly unexpected action, by a court known for its continued support for the path leading to Bolsonaro’s election, including Lula’s illegal removal from the election last year, STF ruled on 10 to 1 vote to annul the decision of judge Sorci, thus guaranteeing Lula’s stay in Curitiba.

As dramatic as its sounds, Brazil’s current political quagmire is not unprecedented. In fact, a very similar episode unfolded in 1961, when the country’s populist president, Janio Quadros resigned after only 7 months in power, on a political bluff aimed at obtaining unlimited powers, and his successor, vice-president Joao Goulart was prevented by the military to ascend to the presidency. By exerting what has been called a self-appointed and illegal power of ‘veto’ over the country’s democratic institutions, Brazil’s armed forces created a major political crisis that placed the Legislative and Judiciary branches of government in direct conflict against the Executive now under direct control by the military.

Resolution was only achieved after a week-long political negotiation that imposed, without any popular input, a parliamentarian regime that curbed Goulart’s power thus restraining his electoral mandate. Yet, the calm then created was only the prelude to the storm that came in 1964, when tired for good of democratic rule, and supported by Brazil’s main business elites, the military took over power in the infamous coup that plunged the country into 21-long years of dictatorial rule.

Brazil already has very few remaining vestiges of democratic rule. The country’s President, ministers and key legal supporters in the judiciary and military continue to push, almost on a daily basis, the limits of democratic rule. Will today’s unexpected move by STF represent a slow and much-needed return to some type of democratic stability or will this only be the calm before the storm of the deepening of the autocratic rule mixed with right-wing populism represented by Bolsonaro and his uniformed and robed legal allies?

Rafael R. Ioris is Associate Professor of Latin American History at the University of Denver