Superpowers Face Off Through Microchips 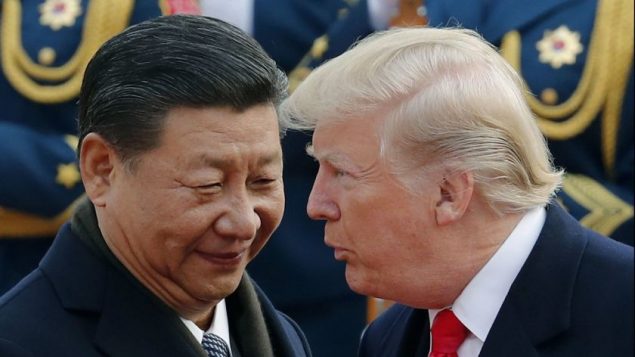 This article on the ‘tech war’ between China and US excellently summarizes the various positions.

Reasons, balance of power and possible consequences of the US and Chinese technological war. As well as Huawei, Apple and Google’s position in the confrontation.

The Chinese telecommunications giant Huawei was the last victim of the technological war between China and the USA, which has been on the rise from the start of Trump’s presidency. Washington claims that under the guise of building civilian networks, the company works closely with Beijing to steal technology and conduct electronic surveillance. China is responding with allegations of unfair competition. “Kommersant” analysed why the technological war between the US and China began and how to separate truth from fiction.

Trade war as a way of life

The situation in the trade relations between the two countries is not unique. The US accusations against China are to a point similar to those against Japan in the 1980s: the theft of technology and jobs, currency manipulation, aggressive industrial policies, excessive trade protectionism. In 1987, the US imposed a 100 percent tax on Japanese microchip manufacturers, followed by restrictions on other Japanese manufactured goods. The combination of American tariffs, currency growth and the ensuing crisis in the real estate market virtually nullified Japan’s GDP growth and became the cause of the so-called lost decades of the period until the end of the 2000s, when the economy did not develop.

Apparently, this is what Donald Trump and his team want to achieve in relation to China: to slow down the growth of the country and consolidate its place behind the US, limiting China’s access to high technology and the planet’s most capacious American market. The US president has repeatedly stated that China “abuses the US in the field of trade”, stealing technology for decades and taking advantage of unfair preferences.

From trade to hate – one step

The technological war between the USA and China began even earlier than the trade war in 2017, almost a year before the first US tariffs hit the Chinese economy. According to most of the American and Chinese experts interviewed by Kommersant, it has much deeper roots and is much more difficult to resolve: it is not just about who buys more and sells less, but about which country will occupy the upper echelons of the value chains, on which the welfare of modern developed economies depend.

How did the technological war between the USA and China develop?

What are the USA’s charges and how is China responding?

China in the last ten years has made a giant leap in its development, increasing the capacity and quality of its industrial base to a level at which the country can not only collect high-tech products from other countries, but also create its own brands. Among those that appeared in China in recent years – Huawei, ZTE, Oppo, Meizu, Alibaba, Tencent and many others. Powerful industrial policies of the state help Chinese companies in this, not sparing trillions of dollars on the implementation of strategic goals.

In which sectors have Chinese companies taken a dominant position?

For example, in the construction of infrastructure for mobile communications, Huawei accounts for slightly less than a third of the world market.

Chinese officials and representatives of Huawei argue that this is not a consequence of theft of patents, and the fact that the company spends much more than its competitors in R&D. This is confirmed by figures.

When the USA criticise the Chinese policy, they often mention the “Made in China-2025” plan. It in fact does exist. The main objective of the plan adopted by the Chinese authorities in 2015 is the “comprehensive modernisation of Chinese industry”. The country must embark on the path of “self-reliance in key technologies” and by 2025 bring the share of “key basic components and critical materials” made in China to an average of 70%. This will allow it to break out of the niche of the “world assembly shop” and master the key technologies in the upper echelons of the added value pyramid.

This path, according to the plan, consists of three stages:

Priorities of the Chinese economy in accordance with the “Made in China-2025” plan:

How are technology development challenges integrated in the thirteenth five-year development plan of China’s economy?

The “Made in Chine-2025” programme – part of the XIII five-year plan for the development of the Chines economy, which sets the following tasks:

How is Chine financing its technological breakthrough?

The following has been established to assist Chinese companies in achieving the targets:

Capitalisation of funds continues, but the target value by the end of 2018 was in the $880 billion range.

Is it true that Chinese technology companies are working closely with the Communist Party?

Yes, this is correct. Any enterprise with more than three Chinese members of the Communist Party must establish a cell. After Chinese President Xi Jinping came to power in 2013, the expansion of the Communist Party’s control over all spheres of society (including private business) was declared one of the official policy priorities.

The number of Communist Party cells in private enterprises in China

The number of communist Party cells in the largest companies in 2018:

Tasks of the Communist Party cells in enterprises:

The presence of cells facilitates access to benefits, licenses and resources.

The researchers believe that the biggest consequence of the trade war in general and the technological war in particular will be the so-called decoupling, that is, the violent separation of the American and Chinese economies, which over the past 30 years have largely merged into one system. It involves the withdrawal of US enterprises from China, reducing purchases of Chinese goods and increasing import duties on them. On May 22, the American Chamber of Commerce in China conducted a survey among American companies and found that the process has already begun: 40.7% think about with withdrawal of facilities from China. The consequences for the world economy will be very serious.

How are the US and China connected in technology in general?

In 2018, imports of information and communication technology products from China to the US amounted to $157 billion, which is 60% of all US imports of this kind and 29% of US imports from China. Seventy percent of all consumer electronics in the US is produced in China.

The USA receives from China up to 80% of rare earth minerals, special elements commonly used in electronics. China is the world’s main supplier of this product, and the Chinese authorities have hinted that they can impose restrictions on its supply to the US and use by US companies if Washington goes too far.

The main consumer symbol of American technological superiority is assembled in China – the Apple iPhone. However, only the simplest operations were brought to China.

The share of various states in the added value of the Apple iPhone in 2018:

How dependent is Huawei on American suppliers?

In November 2018, Huawei held a supplier conference, where representatives of 150 Huawei partner companies from around the world were invited. Ninety of them were awarded various prizes. Thirty-three companies from the USA were among the winners.

Huawei partners from the USA:

Until recently, Chinese phones used Google’s Android operating system. It was delivered to China in its “skeletal” version, without preinstalled Google programmes (they are blocked by the government in China). US sanctions have put the possibility of further use of Android in question.

This being said, Huawei is the most technically advanced and independent of the US Chinese company. In 2018, the company itself produced 68% of microchips in Huawei mobile phones.

How important is Huawei cooperation for American companies?

What American goods China depends most?

The largest Achilles’ heel of Chinese companies is microchips, which China almost entirely buys abroad. In 2018, Chinese companies purchased $312 billion worth of them from abroad, which exceeds the amount spent on the purchase of oil products ($238 billion). In 2019, only 18% of the microchips required by the country’s economy are produced in China and only half of them are actually produced by Chinese companies.

The Chinese authorities planned to increase the share of microchips produced in China to 40% by 2020 and to 70% by 2025. It is planned to spend $118 billion for these objectives by 2025. To urgently reduce the backlog, the Chinese authorities at the beginning of the year announced that they are lowering taxes for the next two years for microchip and software companies to replace the US ones to 0%.

And what is the result?

Whether the US will be able to slow down China’s development is an open question. After all, China has several important differences from Japan, making the American war this time much more difficult.

First, China is not as dependent on the US politically as Japan, relegated after World War II to the status of an American semi-colony. Second, the size of the Chinese economy and the size of the domestic market are incomparably larger than Japan had in the 1980s. Third, unlike Japan, China intends to build a self-sufficient economy, integrated, but as little as possible dependent on Western countries. And finally, fourth, China is a tightly controlled authoritarian state that is able to concentrate resources and suppress negative reactions to decisions much better than liberal Japan.

All these factors suggest that Beijing will not give up so easily: the technological war will be long and will seriously change the structure of the world economy.