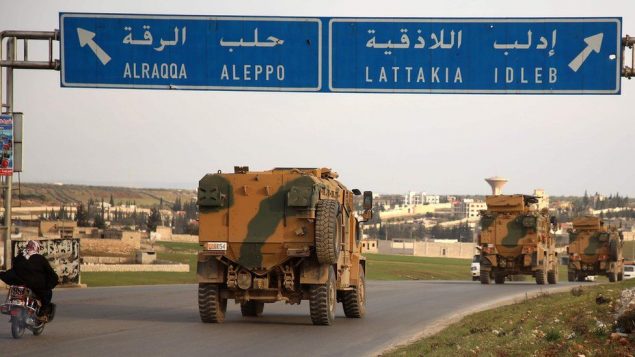 In February 2020, the Syrian Army reached the vicinity of the main stronghold of anti-government forces in Syria, the city of Idlib. This development plunged into shock supporters and the leadership of Idlib armed groups and became a visual confirmation of something that Western powers and their media structures do not want to admit. The government of President Bashar al-Assad not only survived the 9 years of the bloody war but also appeared on the winning side.

Idlib city is the capital of Idlib Governotare. It is located 59km southwest of Aleppo, and about 22km from the Turkish border. The city is divided into six main districts: Ashrafiyeh, Hittin, Hejaz, Downtown, Hurriya, and al-Qusur. Before the war, Idlib city was a rapidly growing urban center. From 2004 to 2010, its population grew from approximately 99,000 to 165,000. The majority of inhabitants was Sunni Muslims. Additionally, there was a significant Christian minority that almost completely disappeared by 2020, for obvious reasons. 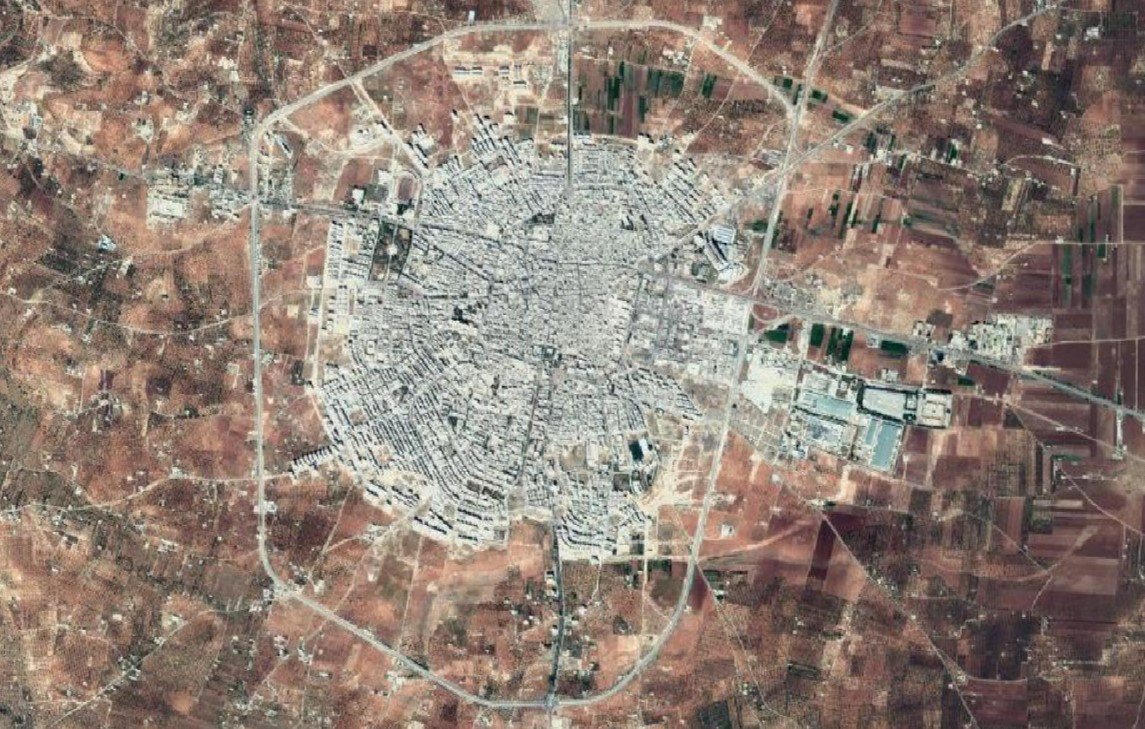 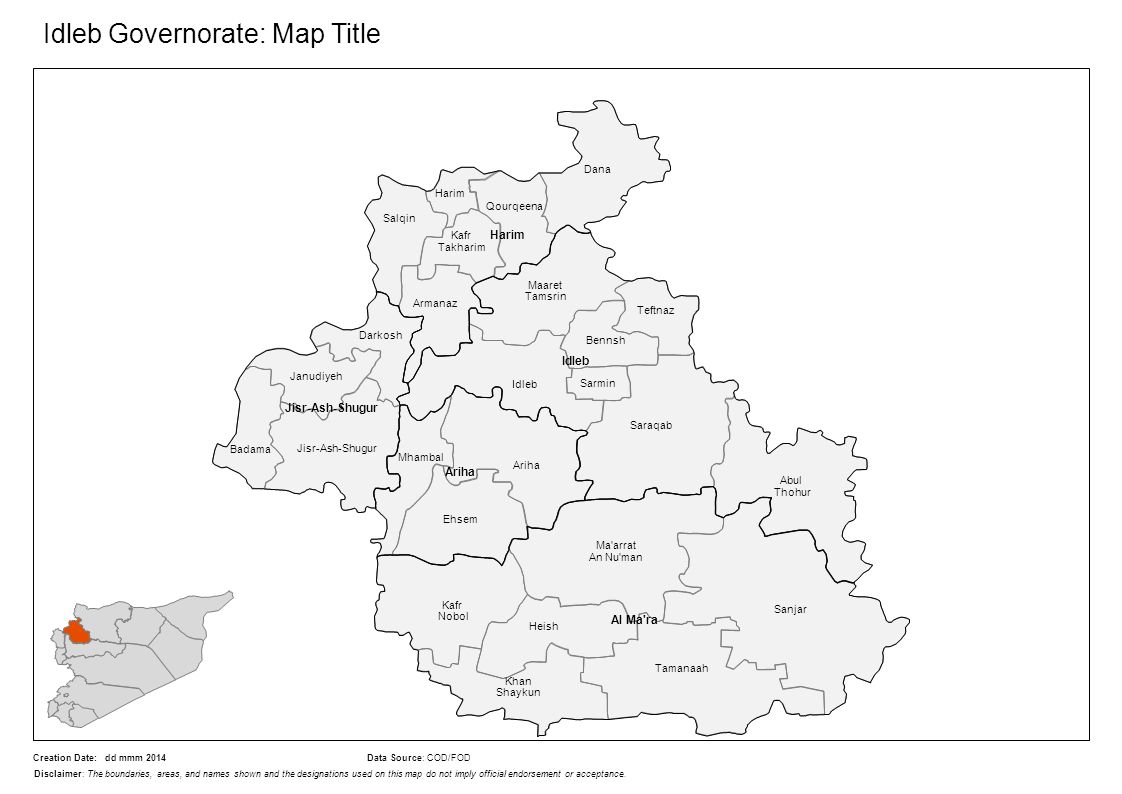 In 2011, Idlib and its countryside became one of the main the centers of violence. Anti-government armed groups seized the city for the first time in the same year.

The key role was played by members of Ahrar al-Sham, a radical Islamist militant group declaring the aim of creating an Islamic state ruled under Sharia law. Ahrar al-Sham gained a wide prominence as the key ally of Jabhat al-Nusra, the official al-Qaeda offshoot in Syria. Their fruitful cooperation continued until 2017, when the relations between the groups became colder. Their funding base started crumbling after militants had suffered a devastating defeat in Aleppo city. This caused a series of contradictions between the formal allies that even turned in some local clashes. In 2020, the coalition of Ahrar al-Sham and several other groups armed and funded by Turkey are known as the National Front of Liberation. It still maintains a significant relationship with Jabhat al-Nusra that changed the brand to Hayat Tahrir al-Sham in an attempt to hide its al-Qaeda backbone from the international audience.

In February 2012, anti-government groups lost the city to the Syrian Army, which launched a large-scale military operation in the area. Idlib once again fell into the hands of militants in April 2015 after the united forces of Jabhat al-Nusra, Ahrar al-Sham, Jund al-Aqsa and several other al-Qaeda-linked groups had assaulted the city from 3 directions. After this, militants captured another important urban center in Idlib province – Jisr al-Shughur, the prewar population – about 44,000 people. 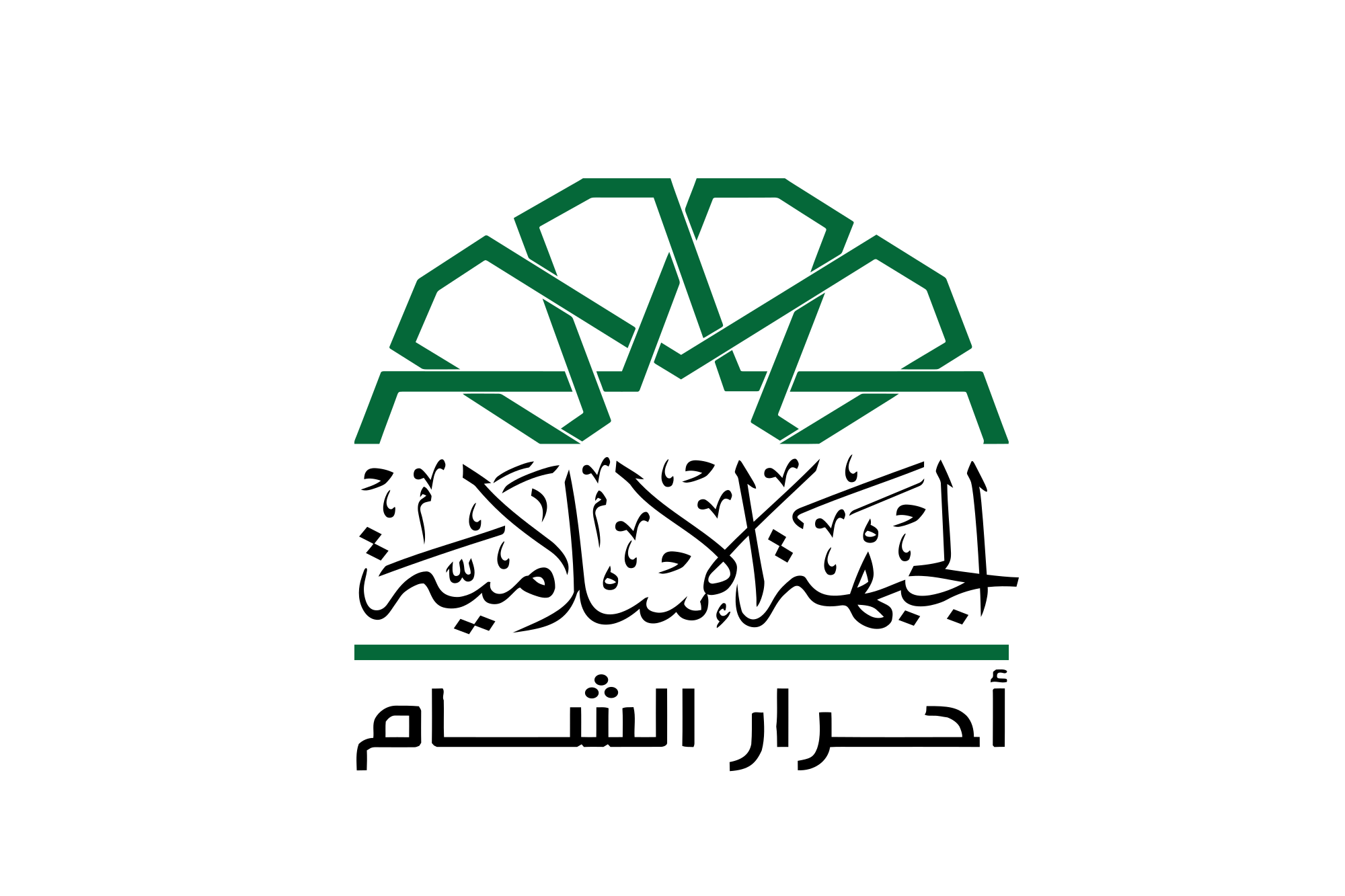 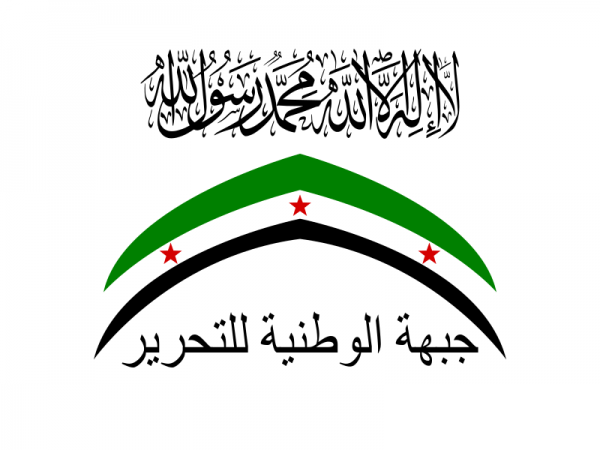 The National Front for Liberation flag 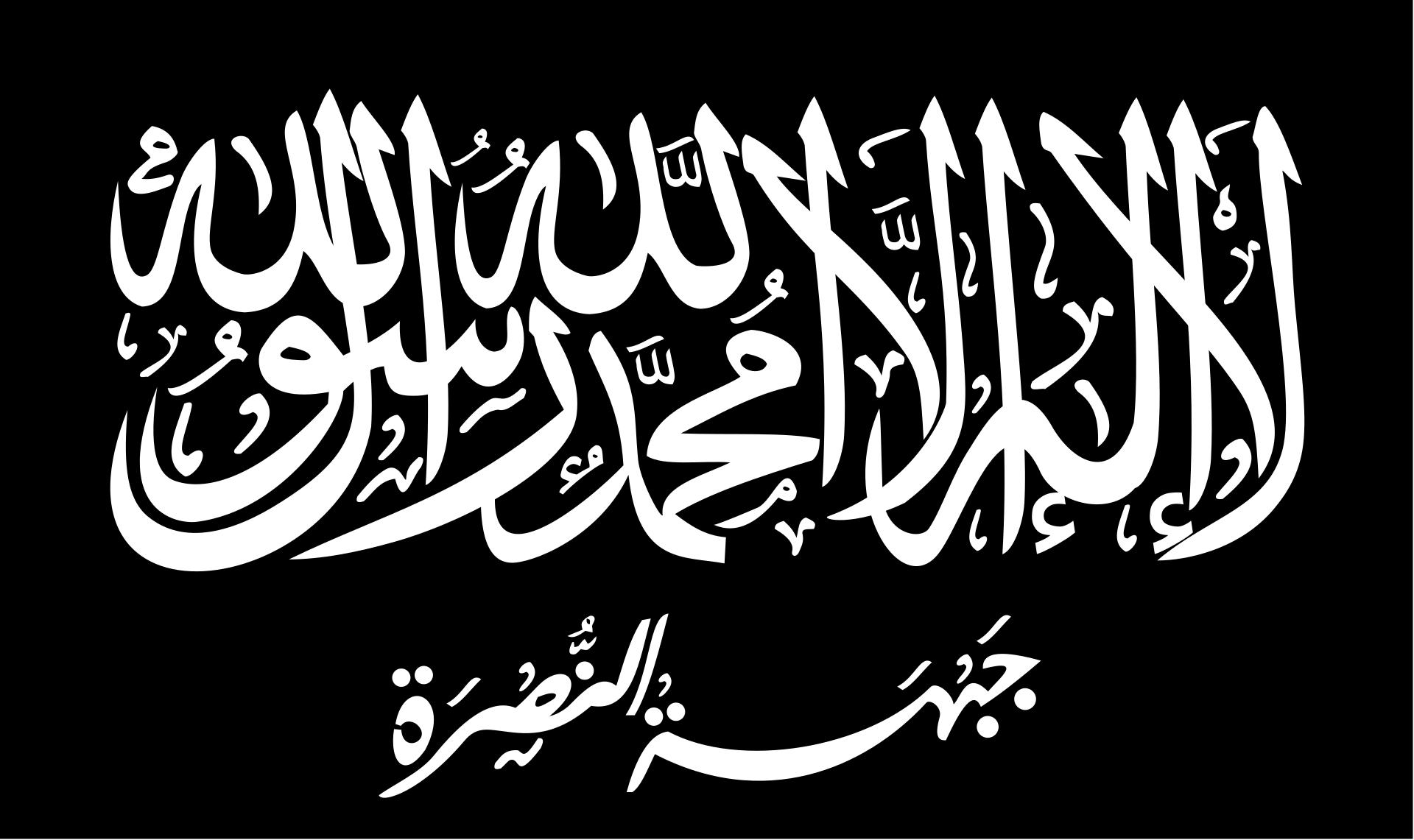 Since then, Idlib and Jisra al-Shughur have consistently evolved into the two key centres of attraction of radicals in the region. These include both members of various militant groups defeated by the Syrian Army across Syria, and multiple foreign nationals seeking to join some powerful Middle Eastern terrorist group. This impacted the balance of power within militant groups operating in the region. Ahrar al-Sham lost a large part of its previous influence. As a part of the National Front for Liberation (NFL), it receives additional funding and supplies from Turkey, but the entire alliance is no more a competitor to Jabhat al-Nusra. The NFL played the role of auxiliary forces in most of the recent battles involving Jabhat al-Nsura. Its main strong side is the access to a constant flow of Turkish military supplies, including anti-tank guided missiles. Through the NFL, Turkish-supplied weapons regularly appear in the hands of Jabhat al-Nusra. The NFL claims that it has up to 70,000 members. Nonetheless, local sources say that the real number of active fighters can be estimated at no more than 25,000.

Despite the setbacks suffered in Aleppo city, northern Hama and southern Idlib, Jabhat al-Nusra remains the most powerful force in Greater Idlib. Its main political and military HQs are located in Idlib city. The group also created several weapon depots and equipment maintenance facilities inside the city. It intentionally puts own infrastructure in a close proximity to civilian targets using locals as human shields from air and artillery strikes. Large known al-Nusra weapon depots are also located in Khan and Sarmada. The Khan weapon depot is set up right near the camp for displaced civilians. On November 20, 2019, several civilians from the camp were killed, when a Syrian Army missile hit the weapon depot area. A number of smaller weapon depots were moved to the Turkish border area following the militants’ withdrawal from Maarat al-Numan and Khan Shaykhun. The number of militants fighting under the current brand of Jabhat al-Nusra – Hayat Tahrir al-Sham – is estimated at over 30,000.

The military situation in northwestern Syria on February 8 morning

The rapid advances by the Syrian Army caused a strong negative reaction among the powers not interested in removing the Idlib point of instability, including Turkey. Ankara is an official participant of the Astana format and a state guarantor of the Idlib de-escalation deal. The issue is that Ankara did not comply with the key point of the Astana agreements – it did not separate Turkish-backed “moderate rebels” from the Al-Qaeda-linked terrorists that are excluded from the ceasefire regime. Any such attempt will inevitably reveal that terrorists control over 80% of the opposition-held part of Greater Idlib. Ankara will have to confirm officially that the Syrian Army operation against them goes in the framework of the Astana agreements. This is unacceptable for the Turkish leadership, which has been for a long time using a variety of military and diplomatic measures to prevent the Assad government from retaking the northwest of Syria and consolidate own influence in the areas where Turkish forces are present. Under the demilitarization agreement (September 2018), the Turkish Army also established 12 observation supposedly intended to monitor the ceasefire. Mr. Recep Tayyip Erdogan likely thought that by this move he claimed the entire Idlib for own geopolitical games.

In the course of the Idlib operations (2019-2020), Syrian forces besieged 5 Turkish observation posts and even several shelled the Turkish military several times. In response, the Turkish leadership announced that its forces had delivered strong blows to the ‘Assad regime’. However, the strikes did not stop the Syrian Army advance. This is why the Turkish military has been steadily increasing its military presence across the militant-held part of the Greater Idlib region, including the countryside of Idlib city. According to some reports, up to 1,000 pieces of Turkish military equipment have been deployed in this part of Syria.

On February 5, President Erdogan presented an ultimatum to Syria. He demanded the Syrians to halt military operations against Idlib militant groups and withdraw from Turkish observation posts abandoning the area liberated from terrorists in the recent months. The Turkish leader gave the Damascus government time until the end of February. If Syria rejects the ultimatum, Erdogan vowed to launch a full-scale military action against the Syrian Army. This was not first such threat by the Turkish leadership and all the previous ones appeared to be empty words. Nonetheless, this time the situation could develop under another scenario. Many will depend on the state of relations among Turkey, the United States, Israel and Russia.

Erdogan will not risk with a direct military confrontation with Russia. This will cost too much for Turkey. Nevertheless, if the Turkish leadership is sure that Russia provides no real answer to a full-scale attack on the Syria Army, there will be a strong chance that Turkey will carry out such an attack. The Erdogan government already has an experience of carrying out a direct aggression against Russia. In November 2015, the Turkish Air Force shot down a Russian S-24 fighter-bomber in the Syrian province of Lattakia. The Kremlin left this action unanswered in the military sphere.

After all, the fully-fledged Turkish war with Syria is unlikely because Ankara does not have enough resources for such a move. The more possible scenario is a large military operation by the Turkish Armed Forces. Even this move would require means and forces that would be many folds larger than those involved in Operations Euphrates Shield, Olive Branch and Peace Spring. If Erdogan decided to approve this military operation in Syria, it will undermine the already weakened economy of Turkey, undermine positions of Turkey in the region and significantly complicate its relations with the European Union. Therefore, the Turkish military action will likely take a form of the quasi-military PR action (like the US strikes on Syria in 2017 and 2018).

The Turkish plans could be undermined by the further collapse of Hayat Tahrir al-Sham’s defense in Idlib. Over 20 days remain until the end of February. Militants appeared to be unable to the Syrian Army breakthrough into the operational depth of their defense, where they have no needed defense infrastructure. So, pro-government forces have a chance to deliver a devastating blow to militants and at least reach the suburbs of the city of Idlib until the end of the month.